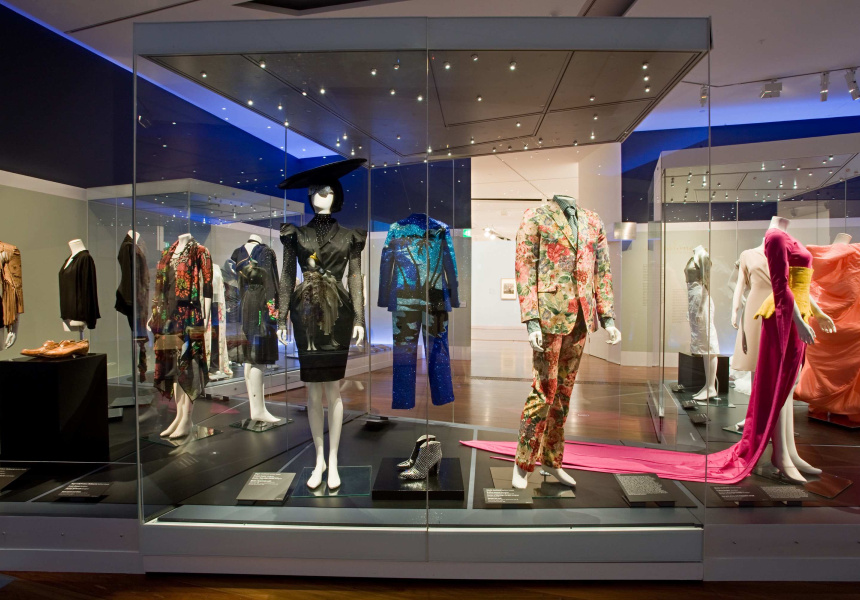 Karen Webster is the Director of the L'Oreal Melbourne Fashion Festival. The festival runs from March 14-21, 2010.

In Melbourne, we are lucky to be disconnected geographically from the high profile fashion centres of London, Paris, New York, Milan and the innovation hubs of Antwerp, Berlin, Amsterdam and Stockholm.

Distance is the perfect disconnect for independent creativity to flourish. Melbourne is not exposed to the regular large-scale fashion weeks, except by way of a jpeg downloaded from style.com. We are not exposed to the madness of places like Oxford Street in London, which is akin to getting through the Royal Melbourne Show on a weekend – bulls, pigs and a mass of show bags – in Oxford Street it is called Primark.

Fashion designers in Australia and New Zealand seem to have a natural quest for ideas. This search for inspiration often comes in non-standard ways. It is in the cross-cultural immersion, in the love of form, and in the understanding of textures inspired by environments to which we are so fortunate to have access.

The first is the diversity of the creative spirit. There is not one aesthetic that could successfully capture the essence of either Australian or New Zealand fashion. Interestingly, I often get asked by international press, ‘What is the Australian look?’. With a country mass as large ours, it would be an incredible expectation that we all fit under one style umbrella (although I could be tempted to perpetuate the myth of hats with corks, Speedos and Ugg boots). There is an inclination for global media to instantly categorise the world into understandable boxes, but the success of our best designers rests on their propensity to seek an individual aesthetic, and find beauty in diversity, uniqueness and individual handwriting.

The second key concept is, despite what I have just stated about diversity, a common thread that is embraced by all the showcased designers – an understanding of design detail, intricate trims, pattern and texture. This is a significant feature in better Australian and New Zealand design… Why?

If you are an independent designer living in London or Paris, you can go to the major fabric fair, Première Vision, in Paris twice a year and find the equivalent of five aeroplane hangers full of fabric samples. You can visit print houses or textile print show, Indigo. You could go to Brussels or Nottingham and see long established lace manufacturers, or get your embroideries from the magnificent House of Lesage in France. In Australia and New Zealand, if you want decorative detail, you create it yourself. A lack of resources combined with a geographical disconnect becomes a catalyst for creativity.

If you are like Australian designer Akira Isogawa, you apply culturally inspired original prints, layered as soft petals that float on the wearer. Weight forms an important element; either encrusted necklines balanced by soft floating dresses, or layered and wrapped outfits that cocoon the wearer.

Or, like the dynamic creative team of Luke Sales and Anna Plunkett at Romance Was Born, when you need a print, you ask an exceptionally talented artist such as Del Katherine Barton to collaborate.

Thank goodness for labels like Romance Was Born and World, whose irreverent and often cheeky attitudes have given us theatrical, heart-warming and eccentric fashion, in an industry often accused of homogeneity and blandness. World have challenged the perception of menswear as conservative and traditional, by creating bold fashion, often in decorative fabrications with quirky messages sewn into the linings.

Nom*D adapt texture in a streetwise way, creating androgynous clothing that is evocative and sculptural. Designer and creator Margi Robertson produces distinctive textural masterpieces that capture the environment of Dunedin in New Zealand, and that couldn’t originate from anywhere else.

Doris de Pont is not as known, but nonetheless should be recognised for her cultural positioning of fashion within New Zealand, especially in relation to creative collaborations with artists highlighting indigenous Polynesian influences. De Pont has established an authentic handwriting through prints, trims and colours.

Who would have thought to use a tattoo artist to apply a pattern on leather shoes? Chantal Dimasi and Susan McDonald from MaterialByProduct collaborated with Petr Zly and Johanna Preston of Preston Zly to realise the concept. MaterialByProduct’s engineered pieces pay tribute to the traditions of fashion couture through cut, print, embellishments and form. Their creations embrace the traditions of a bygone era while remaining distinctly modern.

Toni Maticevski is a sculptor, creating miraculously engineered garments; whimsical confections that are like spun sugar around the body. Attention to detail is an understatement in a Maticevski masterpiece.

Zambesi is an iconic brand whose pieces fill fashionistas’ wardrobes the world over. Liz Findlay is the doyenne of design and has an innate understanding of drape and texture. I pitied the curators of Together Alone. 2009 marked Zambesi’s 30th year, and it would have been a near impossible task to select only four iconic outfits.

Together Alone has brought together some exceptional talent, and provides creative insight into each designer’s inspiration. If I was to guess at one more thing that links these designers, I would say passion, and I thank them for sharing it.

International visitors often speak of our designers as the world’s best-kept secret. Together Alone thus shares our secrets with the world.