Shingo Tochimoto worked in his grandfather’s sushi restaurant in Tokyo for 10 years. Now, with his partner Rena, he’s serving all sorts of ocean-fresh nigiri and sushi, plus miso-salmon onigiri, agedashi tofu donburi and warming curry udon. “We wanted to take the traditional Japanese food we enjoy eating and make it affordable.” 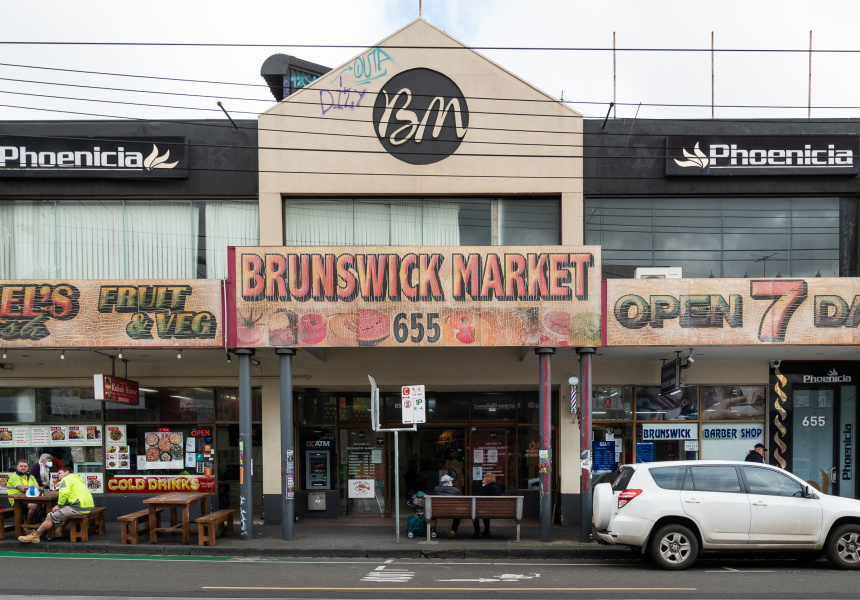 While charming, Brunswick Market’s facade is starting to show its age. Cracked paint and fading, dated lettering make it look like nothing has changed since the ’80s. But that’s not the case. Inside you’ll find Tochi Deli, a new real-deal Japanese stall by a friendly couple with more than 20 years of hospo experience between them.

Shingo and Rena Tochimoto had a simple vision: to offer traditional, affordable Japanese food in an approachable setting. Shingo worked in his grandfather’s sushi restaurant in Tokyo for more than 10 years before he decided to move to Australia, while Rena has worked in Aussie kitchens for the last seven. The pair always wanted to run a business of their own, so they figured they’d start with what they knew best.

“In Australia, Japanese cuisine can be expensive because of the ingredients or the way it’s prepared,” Shingo tells Broadsheet. “We wanted to take the traditional Japanese food we enjoy eating and make it affordable for people, so everything on the menu is something we love to eat that we want to share.” Shingo does each day’s prep, slicing and dicing with the kind of precision that only comes with years of practice.

More substantial are the donburi, or rice bowls, with toppings such as agedashi tofu, garlicky teriyaki chicken, and saikyo-miso salmon. There’s also a winter-perfect curry udon, which starts out with a stock made with kombu and shiitake mushrooms.

Rena handwrites the menus and sculpts and paints 3D models of each dish for display, making them “much easier for customers to understand”, she says. Shingo has an affinity for DIY, so he hand-cut all the signage and letters for the deli, then Rena painted them. And it’s this level of genuine care that runs through Tochi Deli, top to bottom.