There might actually be a good restaurant at Flinders Street Station. 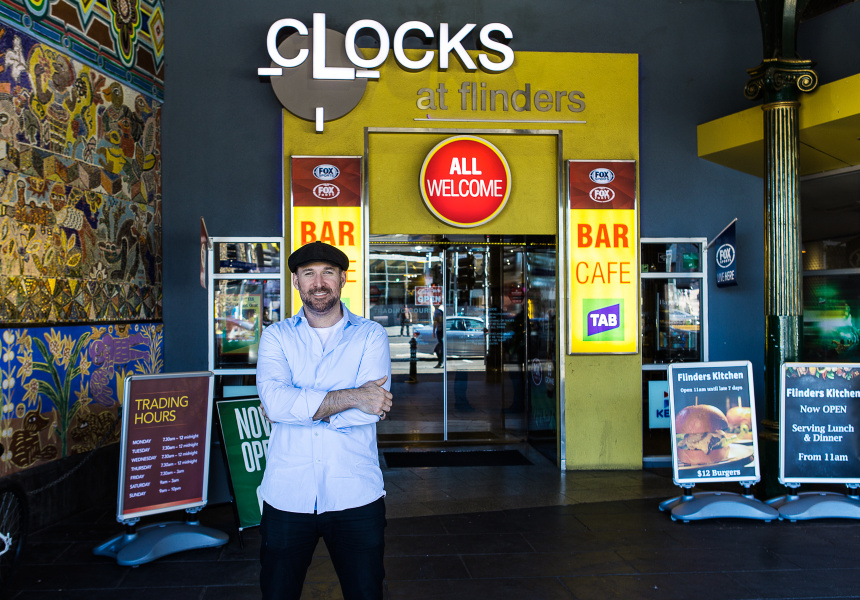 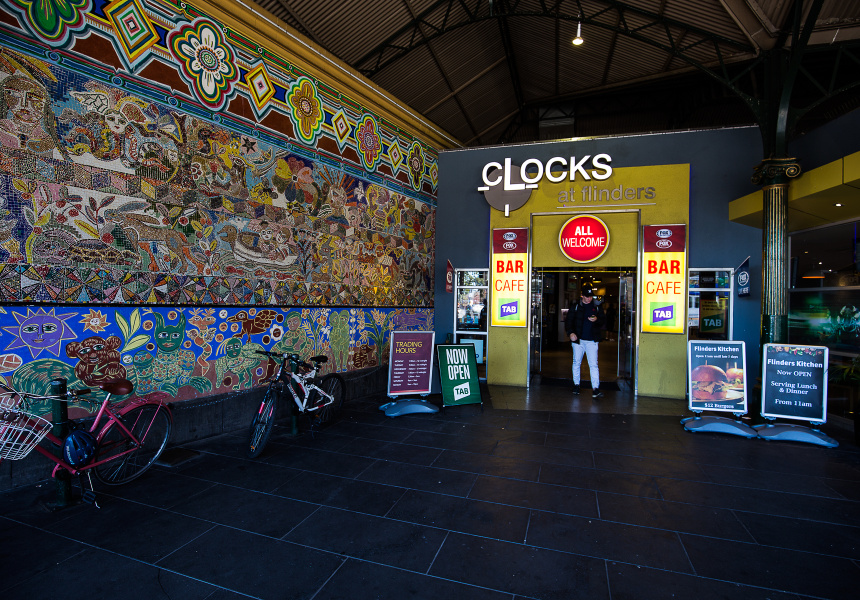 Railway stations in the world’s best cities are more than just transport hubs. The Oyster Bar inside New York’s Grand Central is a dining destination. As is Restaurant Lazare inside the Gare Saint-Lazare in Paris; and Searcys Champagne Bar inside London’s St Pancras.

Flinders Street Station could join the list now that Darran Smith (Roving Marrow) and Steve Schreuder (Limerick Arms) have taken over the dining room inside its sports-bar and pokies venue, Clocks. “We walked through, scratched our heads a little bit, realised how good the location was, and jumped on it,” says Smith of the two-decade-old venue. “It was a no brainer, really.”

Since the pair took over the restaurant almost two months ago, they’ve offered the same fare as the Limerick Arms – dishes such as saganaki with honeyed figs; pork sliders with apple slaw; house-made gnocchi; and ale-battered fish. There’s tap beer, and a simple wine list.

But in January it will close for renovations, and reopen in February with a new menu and direction. The whole venue will still be called Clocks, where as the front dining area and outside seating will be Flinders Diner.

Both the breakfast and dinner menus will be “inspired by places we love,” says Smith. The breakfast menu is based on the Los Angeles' Grand Central Market (which includes vendors such as Eggslut); and the dinner menu will take cues from Arnold's Country Kitchen in Nashville – a Southern-style cafeteria. There are plans to install a “secret” whisky bar downstairs, and a coffee cart out front.

The TAB will remain, although it will be moved back to make space for dining, an open fireplace and an outdoor balcony.

“Thousands of people move through Flinders Street Station every day,” says Smith. “Plus the city itself and the MCG. It’s a real hub, just waiting to explode.”