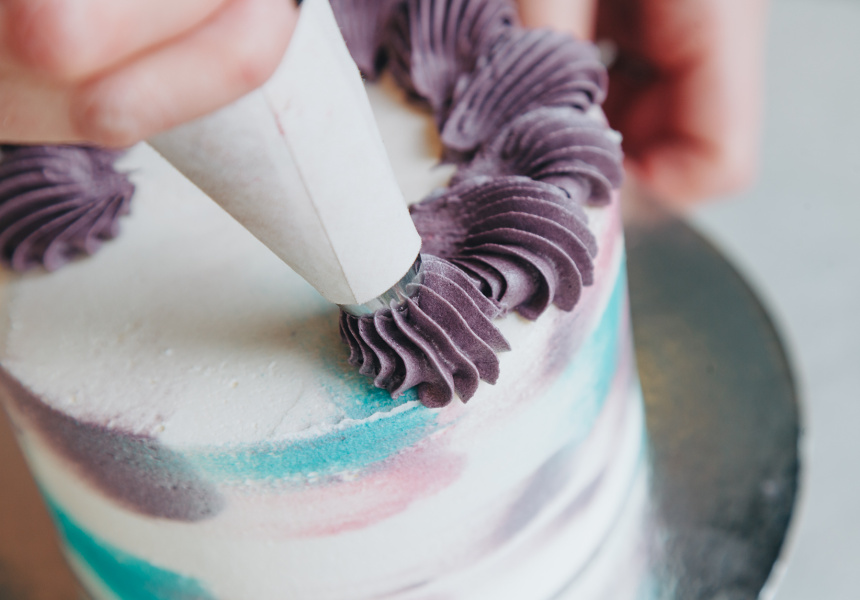 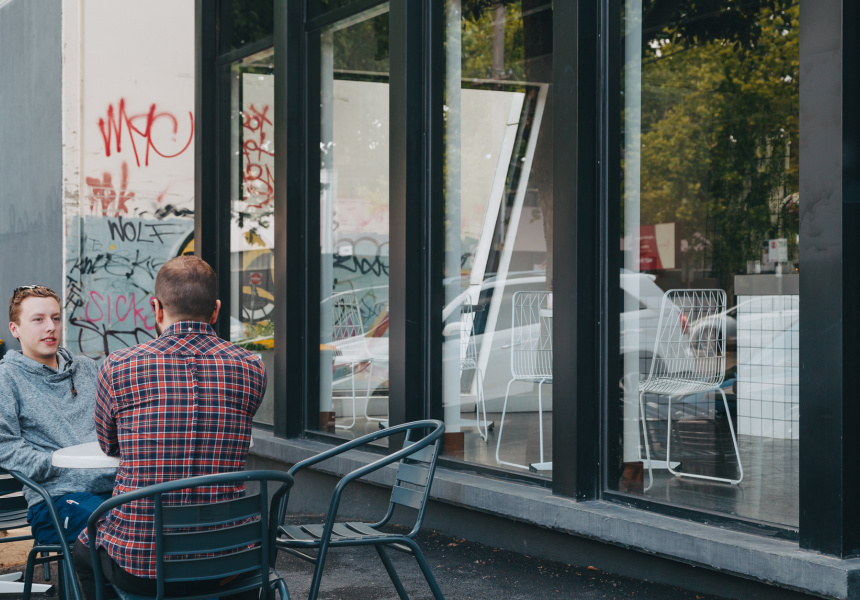 Rhiannon Howell is the owner of Tidbit Cakes, a new vegan bakery in Richmond. She’s been baking since she was about six years old. Early acclaim included a multi-year winning streak at the local fair in Yarra Glen where her Anzac biscuits and chocolate cake took home prizes regularly.

“I’ve worked in a few cafes and restaurants, but always felt like I was giving my ideas away,” says Howell. So she began Tidbit, which specialises in raw and baked desserts, with a focus on cakes made to order.

“There a lot of good vegan cakes out there, but I don’t think many people are making fancy ones that look modern and can be personalised too,” says Howell.

All Howell’s raw products are vegan, gluten free and refined-sugar free – that means treats made with fruits, nuts and oils. You can order gluten-free versions of her sweets in advance. She substitutes eggs with a mixture of bi-carb soda and vinegar, or sometimes the juice in a can of chickpeas.

“There’s a substitute for everything, it’s just a matter of finding it and learning how to use it.”

Ten large and elaborate cakes – baked and raw – are displayed in the centre of Howell’s new shop and cafe, where she also sells different vegan treats such as muffins, cookies, cupcakes, slices and macarons.

“It took a year to master my macaron recipe, which are notoriously hard to make anyway,” she says. “But I found something as little as one extra fold in the mixing process can make a huge difference to the outcome.”

“I wanted a tiny space to begin my business without the pressure, but since opening we’ve been inundated,” says Howell. “I already wish I’d gone for a much bigger space.”