Produced by Broadsheet
in partnership with Herradura.

Three New Twists on the Margarita

Fonda bartender Nicholas Tootle has been getting creative with Mexico’s most famous cocktail. In partnership with Herradura Tequila, we asked Tootle about his limited-edition recipes, in anticipation of World Tequila Day. Ingredients for The Basil Margarita Cocktail trends are fickle. One week it’s all about the old-school classics; the next we’re utilising the large hadron collider. But there’s one drink that remains resilient: the Margarita.

By combining tequila, lime juice and triple sec, and served in a glass with a salted rim, it strides the border between savoury and sweet.

Nicholas Tootle, bartender and beverage manager at Mexican street-food merchants Fonda, thinks it’s the reliability of the Margarita that keeps drinkers coming back for more.

“It's been around for so long people know what to expect from it,” he says. “If you're making it with a good quality tequila, people will always go back to it because they'll understand getting something high quality they actually enjoy.”

What’s more, Tootle thinks the Margarita is an excellent vehicle for widening people’s appreciation of tequila – a hugely varied and interesting spirit with every bit of whisky’s complexity.

“The hardest thing with tequila is the general public just don't know much about it, beyond it being a spirit you tried when you were younger,” he says. “I've been trying to bring the flavours out to let people make their own minds up. For me that's the most rewarding part – having someone enjoy a drink they said they’ve never liked.”

To further that education, Tootle has invented a series of experimental cocktails at Fonda that push the boundaries of what traditionally constitutes a Margarita. Tootle’s creations use Herradura Plata, a tequila produced from 100 per cent agave in Amatitán, Mexico, that dates back to 1870. “The flavour’s nice and clean,” says Tootle. “You don't get any of the harshness you can get from a lot of other tequila brands. It's very, very smooth, and that plays very well in our Margaritas.”

In celebration of World Tequila Day on July 24, we took a closer look at Fonda’s three new Margaritas, the Basil Margarita, El Damasco and the East Meets Mex, and show you how to make them at home. 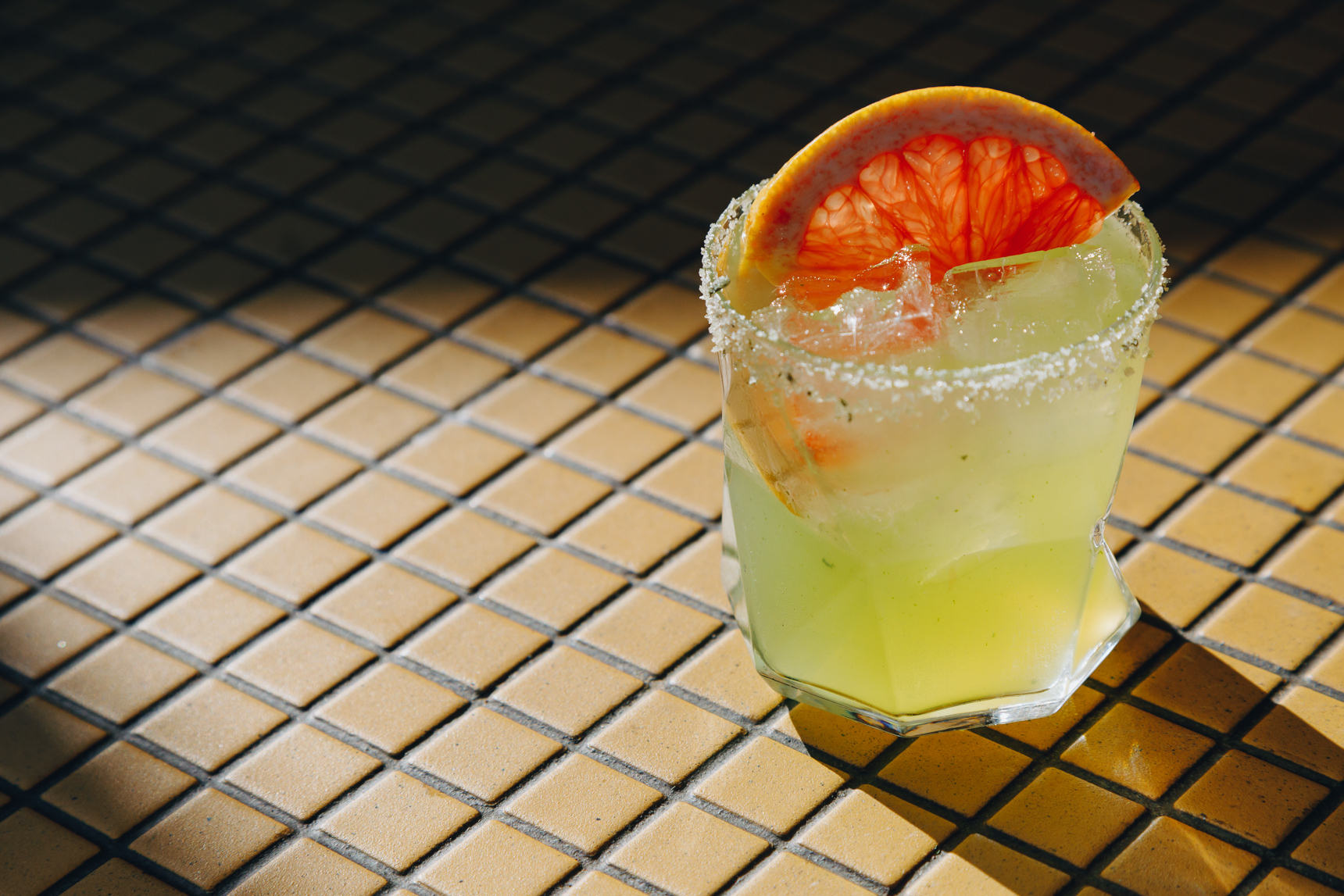 The Basil Margarita
Tootle had been experimenting with integrating savoury flavours into cocktails long before attempting to mix basil with tequila. “This drink sort of came back to what I was obsessed with for years,” says Tootle. “Savoury flavours and then making it into something drinkable and kind of sweet.”

For the Basil Margarita, the bartender took freshly picked basil leaves and infused them into a sugar syrup. It’s then shaken up with Herradura Plata Tequila, lime and grapefruit bitters – with a pinch of fresh basil leaves thrown in – and poured over ice. For the rim, Tootle makes a dehydrated basil salt that lends the drink extra bite.

“You still get that typical salty flavour on your tastebuds,” he says. “But then having the basil adds a weird bit of sweetness, but also a kind of pesto-y flavour.”

Method:
Mix tequila, lime juice, basil syrup and bitters in cocktail shaker. Shake and double strain into a glass over cubed ice. Garnish with a basil, salt rim and grapefruit. 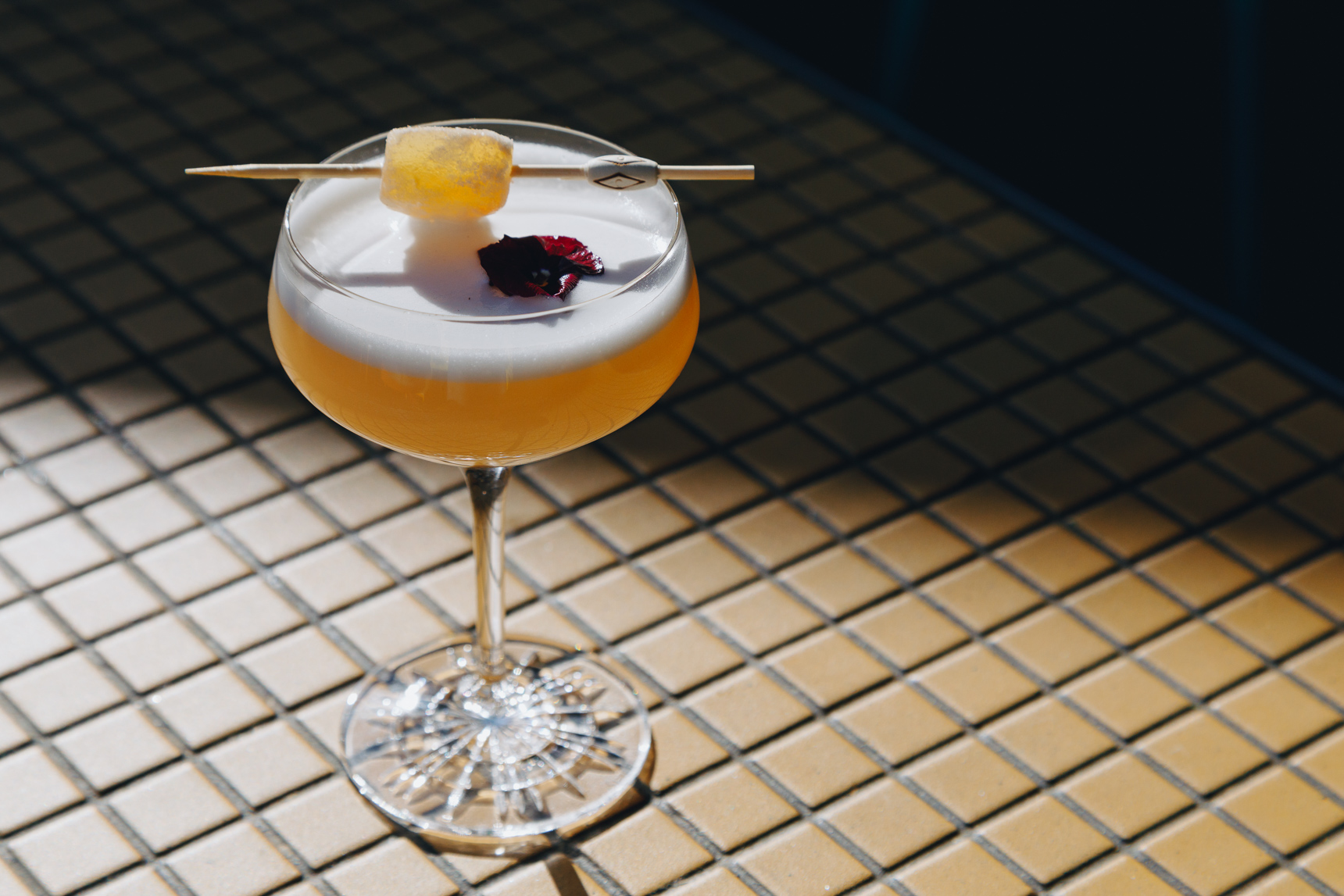 El Damasco
Damasco in Spanish loosely translates to “apricot”. El Damasco features it – apricot jam, in fact. “We're basically shoving it all in the cocktail shaker and shaking it really well,” Tootle says. “When you double strain it, it mixes with the liquid so you don’t get to the bottom and find a big lump of jam.”

Alongside the jam goes a dash of pisco (a Peruvian spirit distilled from grapes), a squeeze of lime, tequila and aquafaba (an egg white substitute made from chickpea brine). “I'd never tasted anything like it before,” he says. “But it’s strangely satisfying because you get a very thick, smooth mouth-feel and then the tequila coming through with the pisco hint.”

The El Damasco also features Fonda’s house-made ginger shrub. “It goes back to medieval times as a way of preserving fruit,” says Tootle. “You can use anything that has natural moisture in it and it draws all the liquid and sugar from the fruit. In this case of using ginger, you're left with a very concentrated sweet syrup, which then we use apple cider vinegar just to tone it down a bit. You get a bit of tartness and then it almost turns into a living liquid – it keeps changing day-by-day.”

This shrub and the basil syrup are also used in a range of house-made sodas appearing at Fonda in conjunction with the Margarita cocktails. They include ginger and passionfruit, which uses this shrub as a base, but also a strawberry and basil soda utilising the same basil syrup in the Basil Margarita, and a lime and turmeric concoction that’s both savoury and refreshing. “The sodas came off the back of some of the development work for the cocktails,” says Tootle. “I think it's boring just to serve standard sodas – why not do something a bit quirky with it?” 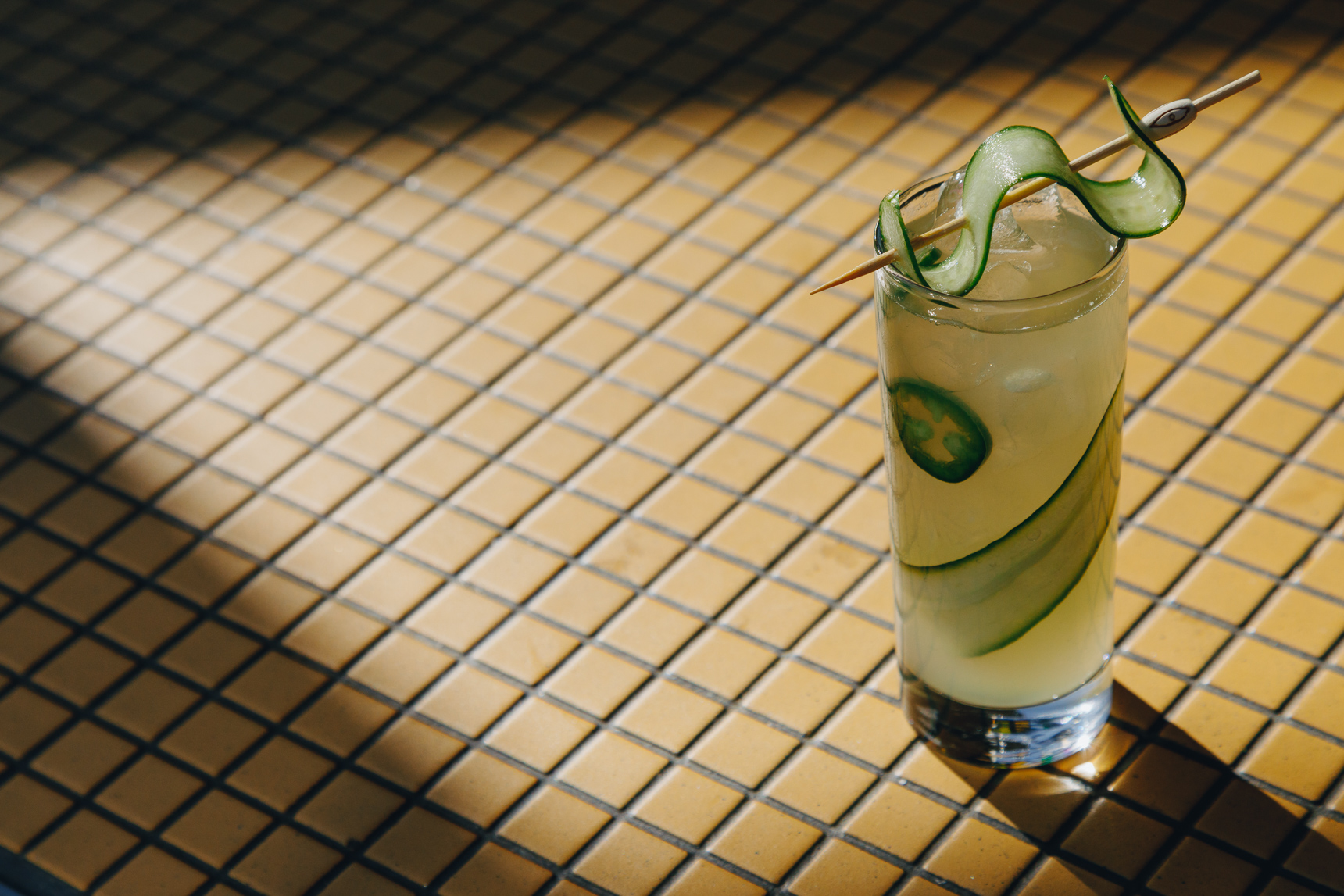 East Meets Mex
Chilli isn’t normally found in a Margarita. But in the East Meets Mex, Tootle thinks it’s a natural fit. “Obviously we already use jalapeños quite a lot in the Fonda restaurant,” he says. “Jalapeños add a nice chilli taste, but not as much as you'd get from a red or a green chilli.”

The drink is Fonda’s variation on the classic Tommy’s Margarita. Next to the jalapeño, Tootle adds agave syrup, fresh lime juice, Herradura Plata Tequila and a cucumber, which he gently muddles in the shaker. “I've always loved muddling cucumber in drinks because it gives a good, fresh feel to it,” he says.

This article is produced by Broadsheet in partnership with Herradura Tequila. Fonda’s Margarita and soda specials are available in all Fonda restaurants until August 12. More information here.

Produced by Broadsheet
in partnership with Herradura. Learn more about partner content on Broadsheet.