Thieves Steal $10,000 Worth of Wine From Yarraville Eatery Navi – But Leave an Odd Surprise

Owner Julian Hills says business will continue as usual at the restaurant, though the wine list might be shorter in upcoming days. 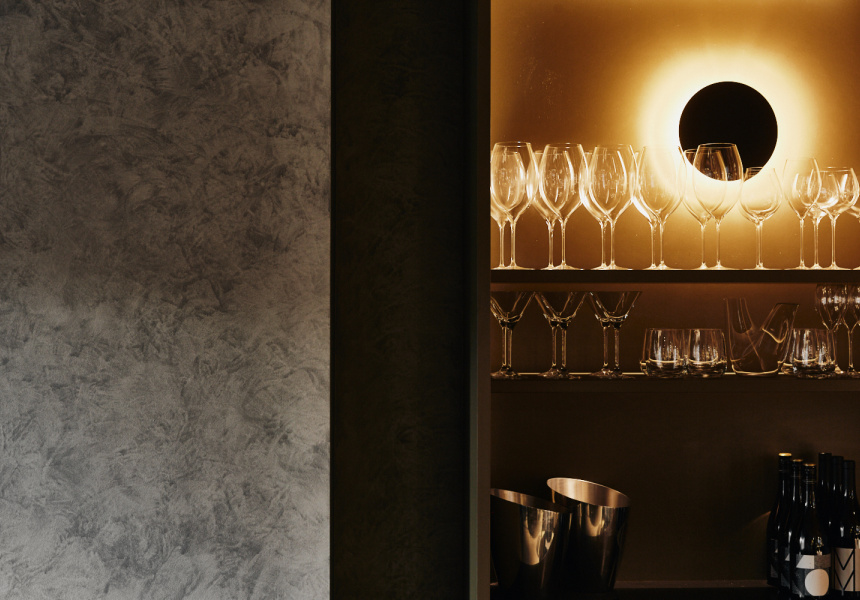 Two hundred and sixty bottles of wine – valued at over $10,000 – were allegedly stolen from Yarraville restaurant Navi last week, with two packs of baby nappies left in their place.

The reported theft occurred in the early morning of Monday, August 5, and was discovered by residents in the apartment building that houses the restaurant.

“I found out through text message from one of the residents,” Navi’s owner and chef Julian Hills told Broadsheet. “They texted me when I was down in Gippsland and just said, ‘You might want to come down and check to see if you’ve had anything stolen’.”

The storage cage where the wine bottles were being kept is in an underground level of the apartment complex, accessible through the carpark. Aside from the wine, Hills says bikes and personal items from residents’ storage cages were also taken from the basement level.

“They took all our bottles, 260 that were in a rack and not [stored in] boxes. They had to take each bottle out and pack it in boxes,” Hills said. “I think that’s where the Huggies came in, [they] must’ve been in a box and they tipped it out.”

The missing wines were priced between $30 to $80 a bottle, but Navi’s premium wine selection is stored elsewhere.

Surveillance footage shows the theft occurred from 2.30am and 5.15am. Later that morning, at 9.51am, police officers were in the storage area assessing the situation with Navi sous chef Barry Susanto when an alarm went off in the restaurant upstairs.

Hills says security footage from that time showed a man inside the restaurant. He and accomplices were then seen leaving in a black sedan.

“I’ve got footage of them now and I’ve given it to police. Hopefully something comes out of that,” he said.

Sommelier Jarryd Menezes, who’s only been at Navi for two months, was already planning a rebuild of the wine offering.

“We had a small wine list, but at least we had a wine list,” Hills says of the first service since the theft. “I don’t want to say that this is good, because it isn’t. But now we have a clean slate and can start again.”

For now, all wines are being stored inside the restaurant while the team ramps up security measures in the underground storage area.

Despite the theft, operations at Navi continue as usual. Hills says customers have been understanding of the situation, and the local community has shown their support.

“[Seddon restaurant] Copper Pot and a few people even offered us a few bottles here and there, not that we took any,” Hills said. “But it’s just nice to know that everyone rallies together – the restaurant community, as well as Yarraville and Seddon.”