By Heartattack & Vine co-owner Nathen Doyle – with special guests like Julia Busuttil Nishimura and ABC sports presenter Tony Armstrong – these Zoom sessions are entirely judgement-free. Get four wines delivered, then blind-taste them, learn about the wine world and ask any burning questions. Plus, there’s a card game in the works. 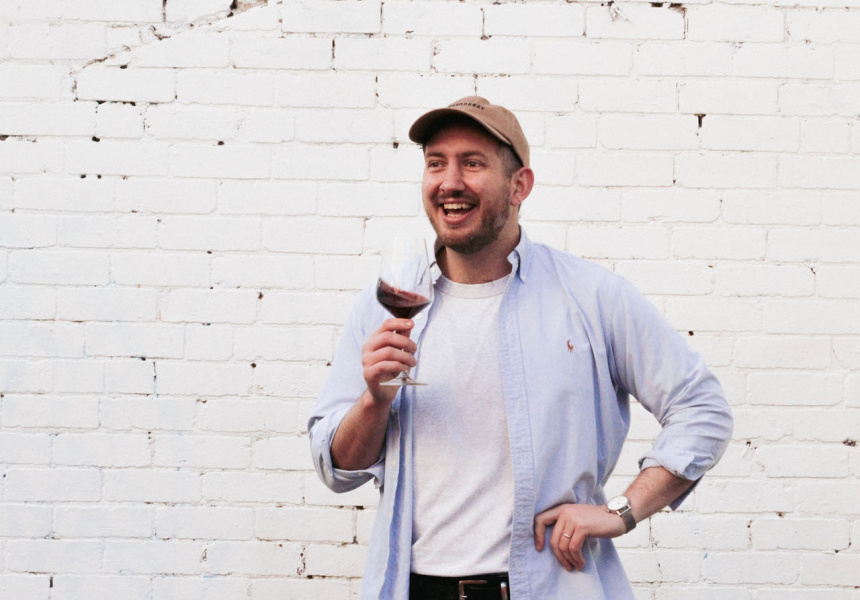 Drinking a lot of wine in lockdown won’t suddenly make you a vino expert. But doing it with the help of Nathen Doyle might. He’s just started hosting virtual, notably unpretentious wine-tasting classes, designed to help novice drinkers develop their palates.

“I have worked in wine for a long time,” says Doyle, who co-owns Carlton’s Heartattack & Vine. “I was fortunate to be surrounded by some really adept people who were lovely and generous with their knowledge. But I also found that some people tend to use their knowledge as a bit of a power over people, as opposed to a way to empower them.”

His new tasting events, which bear the title Good Booze Blind, were designed to do the latter. They’re based around packs of four mystery wines (two reds and two whites) that are delivered before each Zoom session. Over two hours, Doyle and a special guest go through each one, discussing their tasting notes and addressing any challenges.

“We’re talking about things like what the sensation of tannin is and how to assess high tannin versus low tannin,” he says. “You might not pick up all of it, but it’s not about doing one session and becoming a pro. It’s about having the information and building confidence.”

At the end of each session, there’s a segment called “No Dumb Questions” where you can ask any burning questions, entirely free of judgement.

Though Doyle knows what’s in each bottle, his charismatic co-hosts – who include Ostro cookbook author Julia Busuttil Nishimura and ABC sports presenter Tony Armstrong – are none the wiser. “Their experience is really organic,” says Doyle. “The same questions that people are having at home are being discussed on-screen.”

But for him, an important part of the process is getting participants started on traditional wine varietals. “It’s really about getting the basics down, so then you can step away and look at a natty, weirdly made tempranillo or chardonnay and understand why it’s weird instead of thinking all chardonnay tastes like that.”

Once dine-in resumes, Doyle will continue his tastings in-person at Heartattack & Vine. But his ultimate plan is to release a complementary card game – hopefully by the end of the year – so curious drinkers can host their own wine tastings at home. “If you have friends over for dinner, you can crack open a blind bottle, play the game and try to figure it out,” says Doyle. “It’s designed to work with 16 different varieties.”

Good Booze Blind tastings are held on Friday nights on Zoom. Tickets start at $100 for two and include a tasting pack, tasting guide and entry to the live-streamed event.