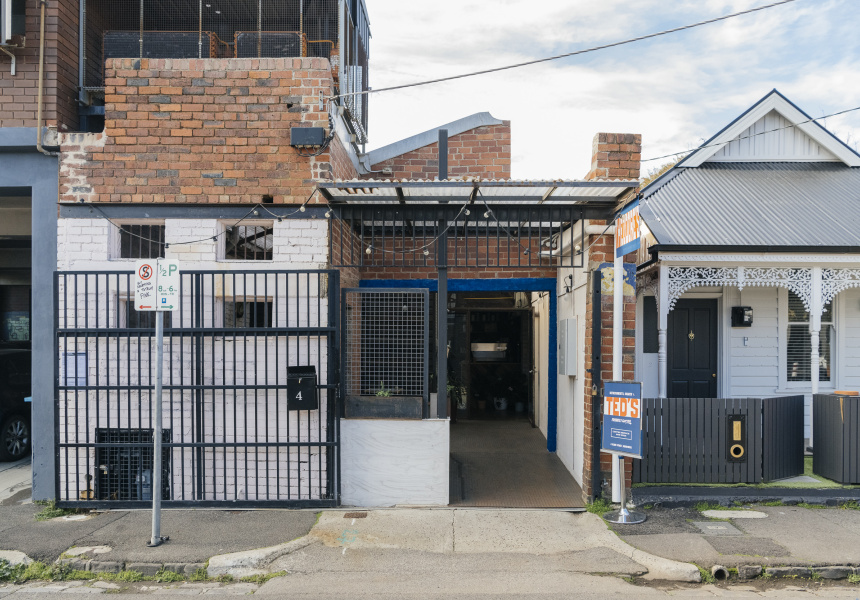 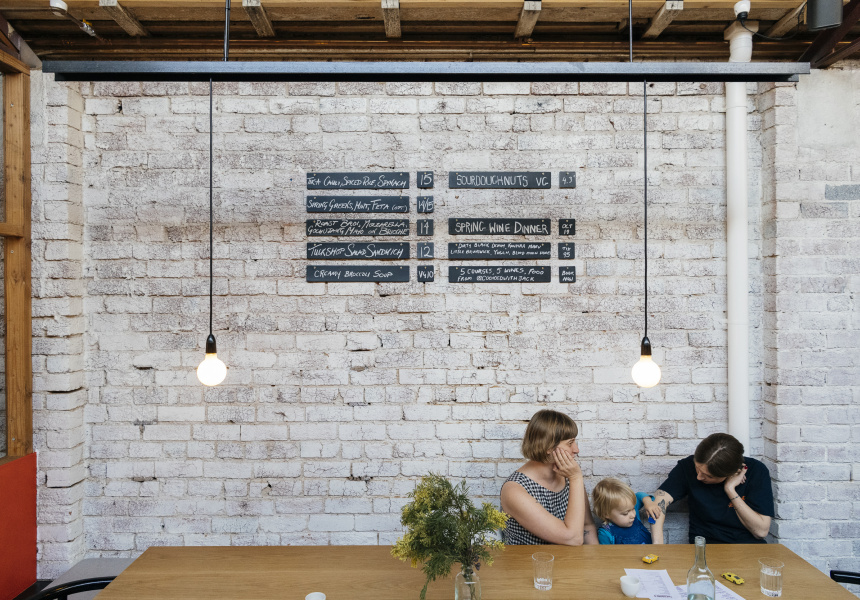 When it came to finding inspiration for their new Brunswick diner, owners Lily Stokes and Henry Brooks looked to their own young family. They realised others in their community also felt many hospitality venues weren’t flexible enough when it came to the needs of both parents and kids.

“Meeting other young parents through parents’ groups in our community, [we] realised that cafes are cafes and pubs are pubs. We felt that the community might benefit from somewhere that’s a little bit of everything,” says Stokes.

Their answer to the problem is Theodore’s (named after their one-year-old son), an all-day diner in the former Host Dining space hidden behind Sydney Road. It’s large enough that families have enough room to spread out and relax in whatever way suits.

The space remains largely unchanged from its Host Dining days aside from a large mural painted on the southern wall behind rows of arched timber booths. There's a lofty feel thanks to the high, gabled roof, exposed wooden support beams and diffuse light. There's also a small courtyard in the front of the venue as you walk in, perfect for when the weather starts warming up.

Produce for chef Andy Maybury’s (ex-Rudimentary) three menus is from local producers, and there are plenty of vegan and gluten-free options. The all-day “snack bar” menu is predominantly smaller plates, such as chicharrón (fried pork rinds) with your choice of hot sauce, or buffalo asparagus with miso mayo. Larger options are available too, such as okonomiyaki with a house-made vegan Kewpie mayo. Or you can get your hands around a spicy sauerkraut jaffle with ranch "dippy dippy".

Brunch is served until 3pm on Saturdays and Sundays, and orbits around a two-person feast inspired by the spread you'd find at a hotel continental breakfast buffet. House-made yogurt; seasonal fruit; a mini-pancake stack and syrup; fried eggs; and plenty of house-prepared condiments, pickles, marmalades and ferments are brought to your table on share plates to snack on as you please. There’s a fresh-baked pretzel sandwich served two ways: with carrot lox (blanched carrot cured in rice wine, miso, liquid smoke and spices), spinach and capers. Or with a hash brown, fried egg and cheese – and just about everything can be made vegan, vegetarian and gluten-free. To top off the daytime dining there's also bottomless filter coffee.

Dinner at Theodore’s is an uncomplicated rotating trio of dishes – one vegan, one vegetarian and one animal protein (such as a classic beef ragu) – with a focus on fast service. It’s designed to be as convenient as food-delivery apps, but with a greater focus on nutrition.

“The idea is that it’s served straight-up – so if people are time-poor, they duck in, [the] docket goes through and it’s on the table in three to five minutes,” explains Stokes. You can bring your own containers for takeaway, too. Dishes will change weekly, but you can expect options such as pumpkin-and-chickpea red curry and eggplant-and-lentil moussaka.

The drinks are informed by Stokes’s passion for wine. She spent time working with wine importer Giorgio de Maria at Sydney’s now-closed 121 BC Cantina & Enoteca, had a stint at retailer Wine Republic and studied at the Sydney Wine Academy. Low-sulfite, minimal-intervention wines from producers such as Konpira Maru and Patrick Sullivan are the main game. (“As close to juice in the bottle as you can get,” says Stokes.) Beers are selected from local breweries, and cocktails are designed for boozy weekend brunches. There’s the Garibaldi – Campari and orange juice – which Stokes likens to “adult Fanta”, tap Mimosas and espresso-spiked G&Ts.

There’s a retail space in the works too, inspired by Sydney cafe and grocer Cornersmith. In time you’ll be able to pick up house-made preserves and ferments alongside locally sourced bread, cheese and free-range eggs from the front counter.

This article first appeared on Broadsheet on September 12, 2019. Menu items may have changed since publication.