Just a few doors down from the treasured Carlton grocer is this warm, welcoming, community-minded new spot – where almost everything you’ll find on your plate is grown by the people who run it. 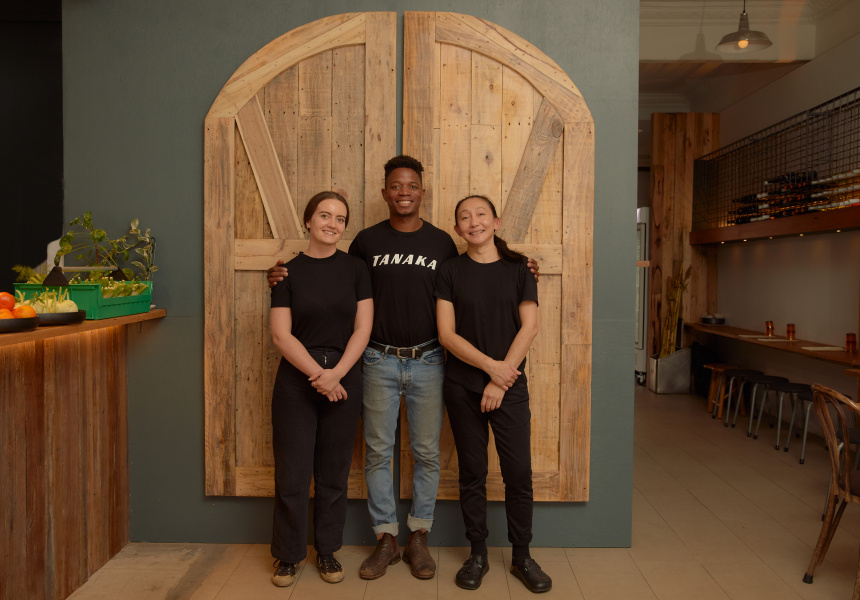 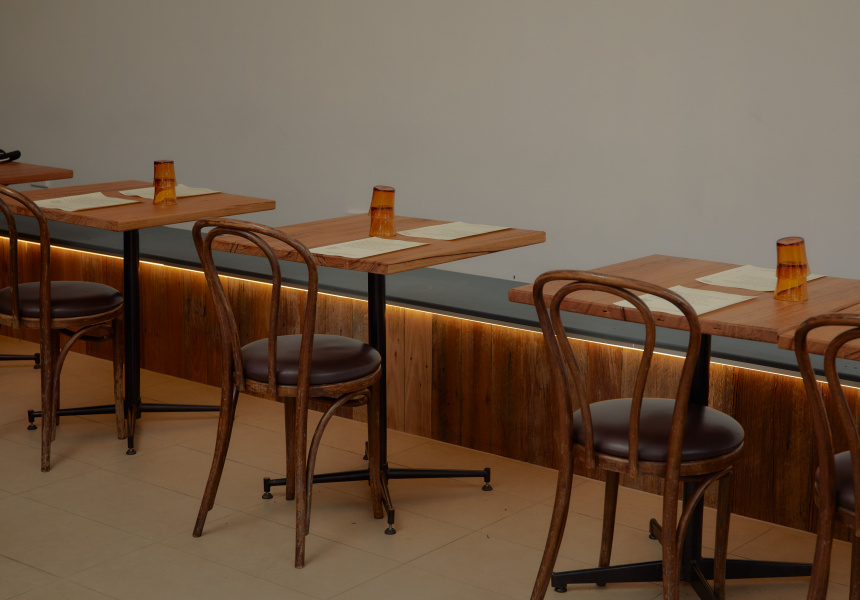 If you live – or spend much time – in Carlton, you know how special Tanaka is.

Nesbert Kagonda and Ruby Clark opened their African-Australian cafe on Rathdowne Street just before the onset of the pandemic. But it was during Melbourne’s first lockdown – when Tanaka transformed into a neighbourhood grocer – that it really became a community hub. Before long, locals were helping the team source organic produce, volunteer at Carlton Primary School and provide meals to those living in local community housing. And Tanaka launched a popular running club.

“For a lot of people, I think we were their only source of communication during the day, so we started to build a stronger community out of that,” Clark tells Broadsheet.

But what she and Kagonda felt was missing was the chance to connect with people for more than just a few minutes. So, they opened Fenton Food & Wine with co-owner Luke Schuldt. In an old architect’s office – just a few doors down from Tanaka – this new paddock-to-plate bistro does hearty weekend breakfasts and Friday harvest dinners.

The name comes from the team’s farm in Clarkefield, which is ground zero for almost everything you’ll find on your plate at Fenton. But, as with anything Tanaka-related, there’s a strong community aspect. “[Fenton] brings people together, but also allows [them] to have access to our farm and come grow food with us,” says Kagonda. “And then when they come and eat the food, they can say ‘I grew that shit myself’.”

Meat and eggs, meanwhile, come from Kagonda’s parents’ farm in South Gippsland. But anything the team can’t grow themselves is outsourced from nearby farms or organic suppliers. “If there’s no complete relationship to the product, then we try not to use it,” says Kagonda, who’s got plans to bring on a neighbour as the resident injera maker.

For breakfast, you might find eggs with chakalaka (a rich, chunky South African relish); charred greens from the farm with house-made almond feta; and what the team calls the perfect hangover dish – a potato-rosti number with fried eggs and smoked cheese.

Friday nights are a different ballgame. At Fenton’s harvest dinners, expect a seasonal, weekly-changing menu, plenty of booze and local DJs (so far, they’ve welcomed the likes of Sleep D, Zjoso and Disco Mediterranea. “Everyone shares a plate, has fun and celebrates the same thing, which is community,” says Kagonda. Past menus have featured braised fennel with harissa and yoghurt; nettle gnocchi; and tender pressed lamb with farm-pesto risotto and chimichurri.

As for her inspiration, Singaporean-born head chef Lubna Bahashwan (ex-Pillar of Salt) loves to imagine she’s cooking for family and friends at home. She draws from her heritage – as well as Kagonda’s Zimbabwean roots – with some Middle Eastern influences thrown in too. But as Kagonda says, “The hero of the story isn’t necessarily the cuisine. It’s about resourcefulness and creativity … and learning to eat what’s in season as a neighbourhood, in an accessible and affordable way.”

The wine list – curated by Wiremu Andrews (Rockpool, Smalls Bar) – comprises all-Australian, but mostly Victorian drops. Cocktails are simple; knock off with a Basil Gimlet or a Negroni with walnut liqueur.

The warm, welcoming space – kitted out by Schuldt’s construction company – has a beautifully a farm-y feel – with plenty of timber, a bar topped with fence palings, recycled tabletops, Bentwood chairs, and massive, repurposed barn doors.

There are plans to extend evenings from Thursday to Sunday. And also in the pipeline is a four-course breakfast degustation matched with daytime drinks, and a one-off dinner with Tassie’s Rivulet Wines. And eventually, an off-grid lunch at the farm. 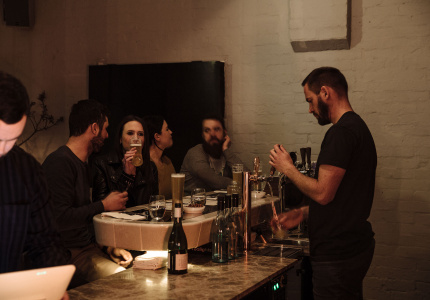