Chalawan Opens With Thai Cocktails Fit For A Crocodile

From a galaxy far away to a bar in Collingwood. 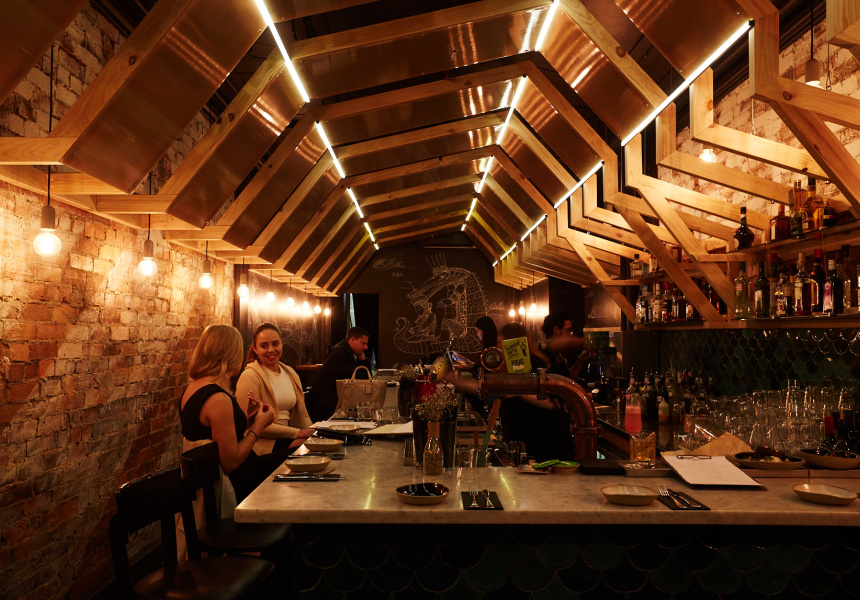 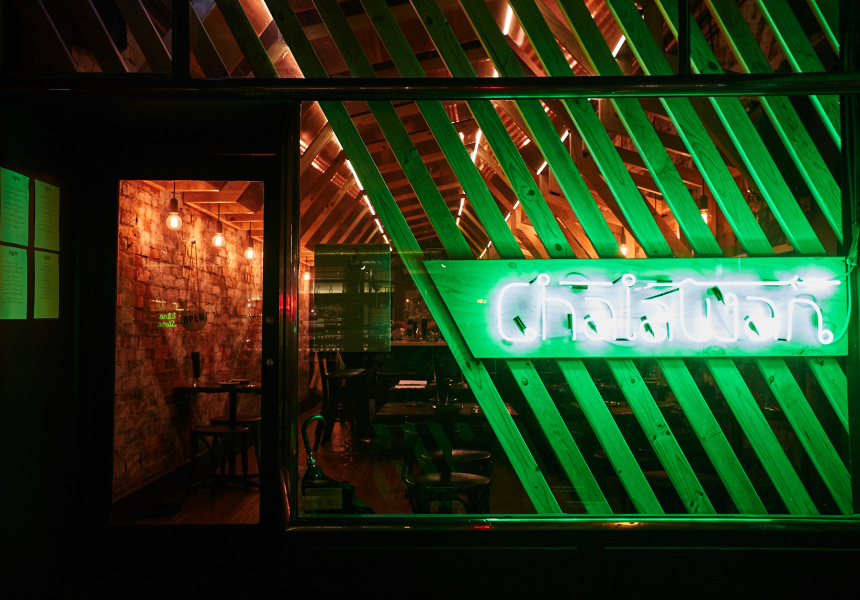 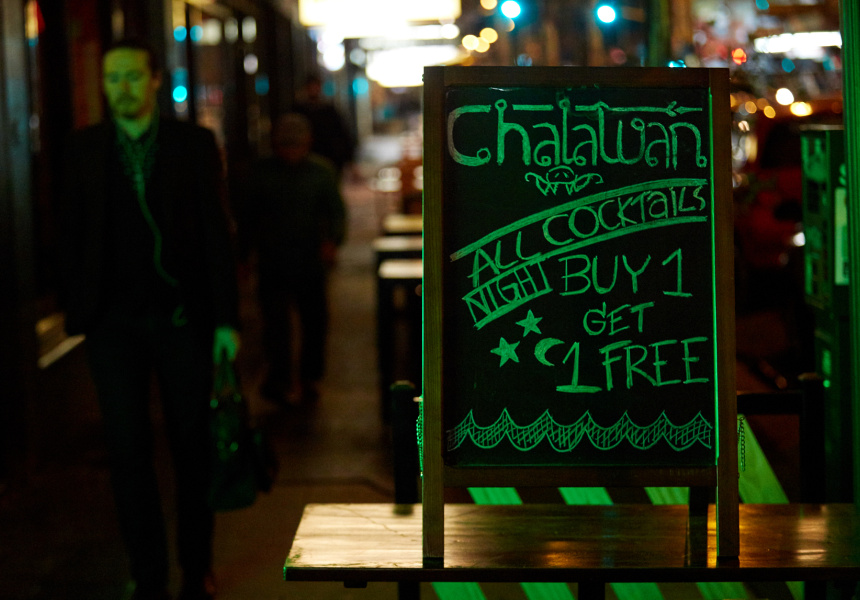 Turns out, Chalawan is the common name for 47 Ursaw Majoris. That's a yellow dwarf star about 46 light-years away from earth that forms part of the constellation, Ursa Major. The star was given its name in honour of the Crocodile King, a figure in Thai mythology who possessed a set of giant diamond teeth.

It's also a little cocktail bar on Smith Street, the first Australian outlet for a group of restauranteurs behind Bangkok venues Hyde and Seek, Peek-A-Boo and Smith.

Designed by Studio Equator, Chalawan is built around a central bar decked in marble and turquoise tiles, with a cavern-like scaffolding construction pulling the room together.

Cocktails are the main attraction (we're not calling them "crocktails", as they're described on the menu), most of which are served with a Thai inflection such as with pandan, toddy palm, kaffir lime, fresh turmeric and chilli.

The dinner menu is contemporary Thai via modern techniques – sous vides and brining. A khao soi gae, for instance, is a slow-roasted lamb shoulder in a Northern Thai curry, served over handmade black-rice tagliatelle. There’s also a smoked pork belly, supplied by neighbours Meatsmith, served with caramelised stone fruit and a crisp rice cake, and a homemade sausage with young-chilli relish.

Don’t come expecting “‘authentic”’ cuisine (whatever that means). Chatrungsan explains that the menu is made to highlight Australian ingredients, and recipes have been adapted to suit local produce.

“In Asian food we tend to infuse protein with flavours. But in Australia, because it’s some of the best in the world, we like to show that protein more simply,” he says.