How does a restaurant decide what to serve and how to present it? For The Lucas Group: a brutally honest tasting session. 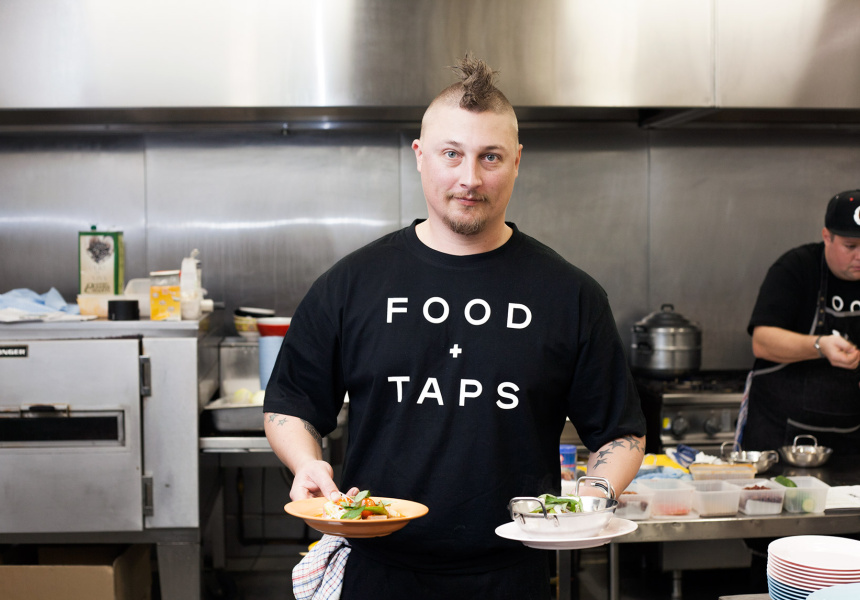 It’s hard to say what’s going on in Benjamin Cooper’s head. The Lucas Group’s executive chef has just delivered a plate of pork belly to a waiting group. It’s the first of 10 dishes, and the table’s not satisfied.

“I don’t like the plating, I think it looks quite messy,” says Holly Lucas, the company’s PR and marketing coordinator. “It’s under-seasoned, as well,” says manager John Kanis.

“It’s too oily. It needs to be a bit drier, and not so fatty,” director Chris Lucas concludes, using a chopstick to prod the perfectly cut square of pork with just a hint of disdain. For a chef of Cooper’s experience, this sort of criticism must be hard to take, even when it’s coming from a good place. But if he’s bothered he doesn’t let on – his poker face never slips.

It’s 10am and the tasters have assembled at The Lucas Group’s (Chin Chin, Baby, Kong) off-site prep kitchen in Moorabbin. They’re here to sample dishes for Hawker Hall, the South East Asian-inspired eatery that will open in Windsor in October. They’ll take notes, make suggestions, and yes, tear a dish apart if it’s called for.

Kanis, Chris and his daughter Holly are veterans of these tasting sessions, which started with Chin Chin and have been held for every restaurant since. This is the third and final one for Hawker Hall. “In most restaurants, the chefs are panicking the day they open,” Chris says. “We try to get all that out of the way months and months beforehand. It’s never perfect on day one, but we want to be as close to being capable and ready as we can be.”

After some discussion, the group decides the pork belly may need to be scrapped. “You’re not going to get that dish we saw in Singapore,” Kanis says, flashing round a photo of pork belly from the group’s recent research trip to Singapore and Malaysia. Chris agrees. He believes Australian pork belly is much oilier than its Asian counterpart, no matter how it’s cooked.

Cooper takes the plates away and disappears, while the group takes notes and reviews the paper menus in front of them, where 10 dishes are highlighted out of some 60 or 70. Hawker Hall’s head chef, Damian Snell, is working in the other room with Cooper to deliver the dishes in a steady stream.

Minutes later, a fried-tofu and raw-vegetable salad known as rojak comes out. It’s piled into a neat little tower. “I don’t like that. It’s too chef-fy,” Chris immediately says. “This is supposed to be a hawker market.” Thankfully everyone is happy with the taste.

Economy Noodle follows. In Malaysia it’s a cheap mixture of the day’s leftovers. At Hawker Hall the team didn’t want to use actual leftovers, so it’s creating a dish with faux leftovers, including twice-cooked noodles. It will feel like several dishes blended together. “This looks so good!” Holly says, pointing at the pink melamine plate it’s served on. “I reckon we’ve hit that one on the head now.” The group quickly agrees and moves on, barely savouring each dish before they’re ready for the next one. Their brisk, businesslike manner recalls a wine tasting.

In many cases, Cooper delivers multiple versions of each dish. The trio thus debates the merits of normal chicken versus corn-fed (they decide the latter is firmer and silkier); brown rice or white rice; spice levels; and local pippis versus New Zealand pippis. Often it’s as simple as deciding between a blue plate or a yellow one.

“Are we doing interpretive dishes?” Kanis asks when Cooper brings out a traditional and non-traditional version of otak otak, or curried salmon in banana leaf. The former sees the fish appear in mousse form and the latter keeps it relatively intact. “The food should be authentic and real. We care a lot about that,” Cooper says. “But occasionally I come across a dish where I love the flavours, but there’s something else that just doesn’t gel with me. We don’t tweak it to the point where it’s not related, but we think we can improve it a little bit.”

Back in the ‘90s, Chris lived in Japan for three years (Holly was born there) and spent more than half of each year travelling through Asia, immersed in its food culture. “This is my food. When I lived in Asia it’s all I ate,” he says. “I’m more excited about this than any other restaurant I’ve opened, even Chin Chin.”

Despite this nostalgic connection to Hawker Hall, he maintains that the tastings are democratic. He only uses his veto if the discussion reaches a stalemate. “I feel that’s why our restaurants are so successful. It’s a collaborative process,” he says.

For his part, Cooper doesn’t seem to take the feedback personally – he trusts the trio’s opinion and values its honesty. “In a traditional, historical, old-school restaurant environment, the chef sat up the top and couldn’t be questioned,” Chris says. “A modern-day chef is all about being open to interpretation – that’s what makes Ben great.”

Hawker Hall will open in October, and is now hiring. Find out more on Scout, Broadsheet's new employment website. 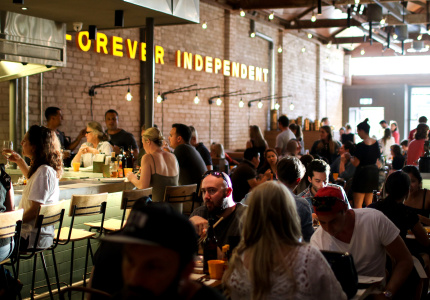