The Team From Barry and Touchwood to Open Mammoth in Armadale

The husband-and-wife duo behind Touchwood and Barry is opening a new cafe in September. 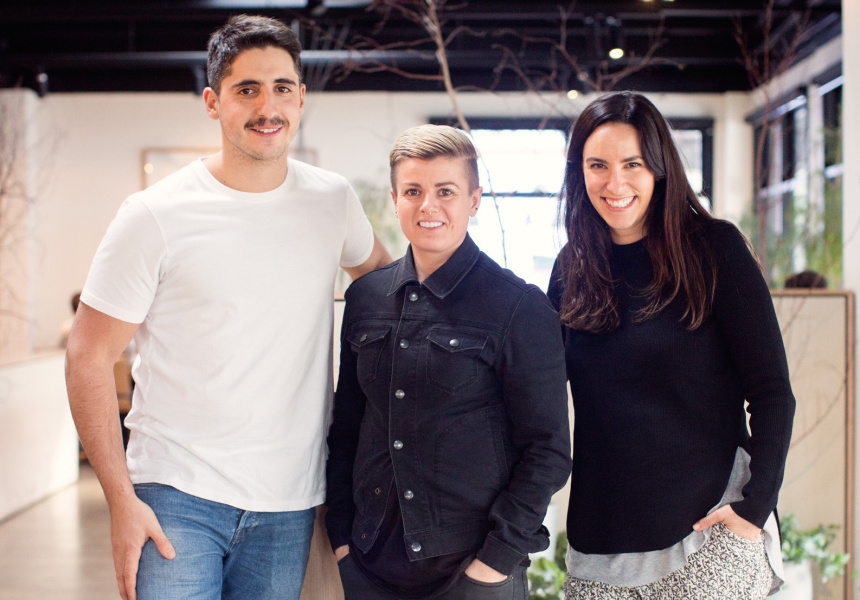 Due to open at the beginning of spring, Jamie McBride (until recently the co-owner of Touchwood) and Loren McBride (co-owner of Barry) will add Mammoth in Armadale to their impressive cafe repertoire. They opened Touchwood in Richmond (since sold) and Barry in Northcote around the same time in 2013, and Jamie is confident that September is the right time to kick things off.

Moving on from superfood salads, green smoothies and white-and-copper Scandinavian interiors, the couple is focused on bringing something fresh and all encompassing to Armadale with Mammoth.

“The philosophy is all about moderation; there’s a time for a cheeseburger and a time for chia pudding,” says Jamie. “It’s all about eating in balance, so there will be dishes for when you’re hungover on a Sunday, as well as when you’ve finished a walk on a Tuesday morning.”

Heading the kitchen is Emma Jeffrey (ex-Hammer and Tong), who is working on a range of dishes from raw vegan combinations, through to burgers served on doughnuts. Paired with coffee from roasters all over Melbourne, Jeffrey's menu will be progressive and fun.

“Emma’s adventurous with her flavours and her presentation. So don’t expect classic Hammer and Tong, Touchwood or Barry dishes.”

“With Mammoth, we’re not out to set trends, but we don’t want to do what everyone else is doing, either.”

Mammoth is due to open in September at 736 Malvern Road, Armadale (on the corner of Betty Avenue, next to Toorak Station).