With its new Asian beer hall just around the corner, the team behind Chin Chin, Baby and Kong is busy assembling the all-important drinks list. We sat in on a blind tasting. 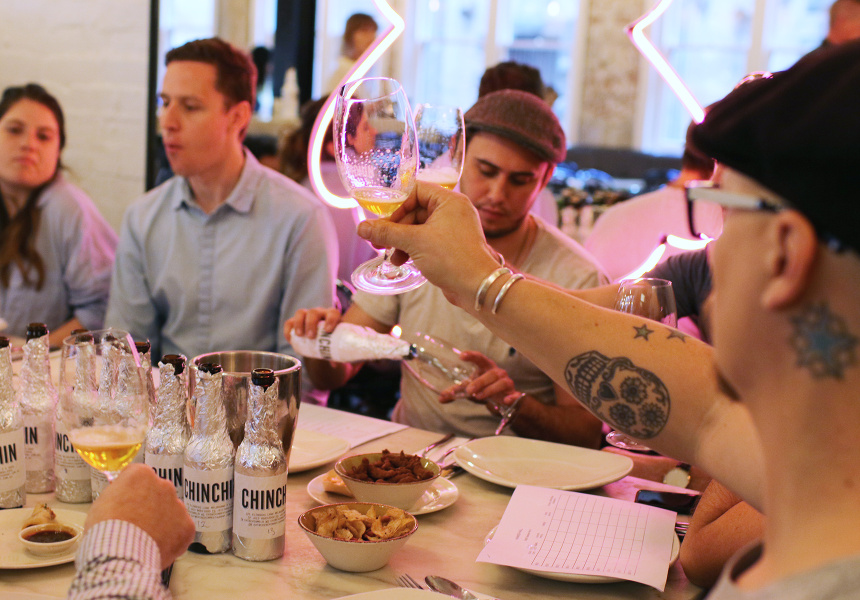 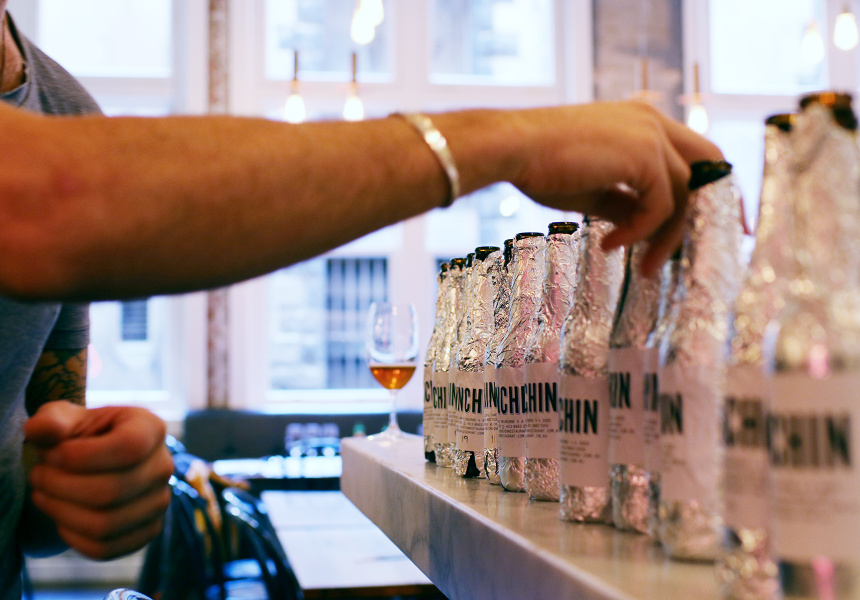 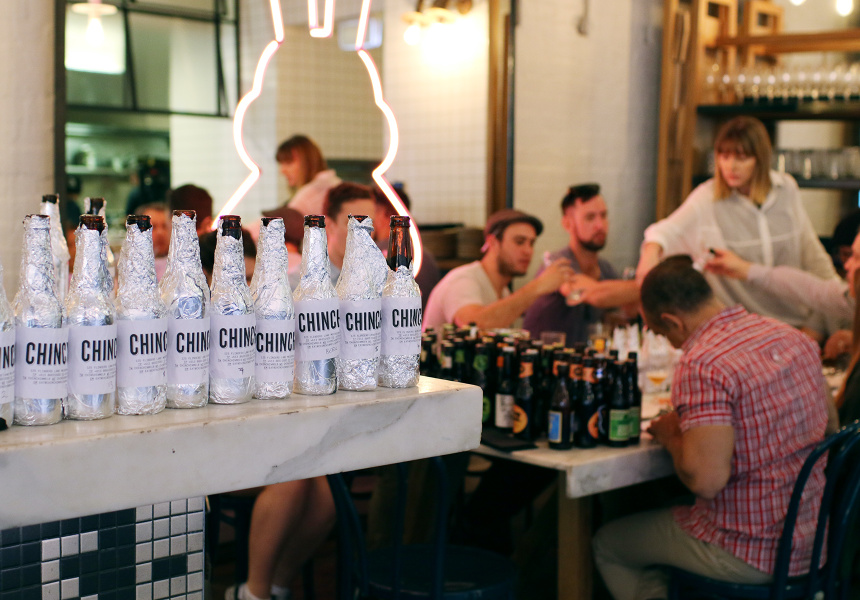 It’s 9am on a Monday. The Lucas Group’s key employees have just sat down to taste 20 beers at the big communal table at the back of Chin Chin. “I hope you didn’t have any breakfast,” director Chris Lucas quips to the table at large.

Only some of today’s beers will make it onto the menu at Hawker Hall, the forthcoming venue on Chapel Street in Windsor. “The philosophy behind Hawker Hall – that we’ve talked about lots and lots of times – is that it’s an independent beer hall where the product speaks for itself,” Chris says.

To this end, the bottles of pale ale spread over the table are tightly masked in foil and numbered one to 20. The group doesn’t want to be influenced by brands or labels, whether the beers come from a global mega-brewer or a one-man operation down the road. Taste is all that matters.

“We’re looking for beer that’s unique, and that marries well with our food,” Chris explains. “It’s not a beer hall designed exclusively for drinkers. It’s built around the foundation stone of really good food.” That said, he hopes Hawker Hall will introduce an entirely new demographic to the delights of beer.

The seven tasters are a fairly diverse bunch themselves. As at the test kitchen, there’s John Kanis, the company’s general manager and Lucas’ right-hand man; executive chef Benjamin Cooper; and Chris’ daughter Holly, who looks after PR and marketing.

They’re joined by beverage manager Joe Williams, procurement manager Fab Nicolao; and Kevin Cheetham, the incoming bar manager for Hawker Hall. Holly, the youngest person, is in her early twenties. The oldest present is in his mid-fifties.

This divide is highlighted when the first beer is passed around. “It’s almost a bit too fruity,” Chris says, eyeing his small tasting pour. “I like it! It’s a chicks’ beer,” Holly says enthusiastically. For the most part, though, the table agrees with the chief.

There’s a surprising amount of consensus throughout the hour-long session, in fact. Except for Cheetham, who has a penchant for big, hoppy beers, everyone seems to have similar taste in pale ales, the accessible, middle-of-the-road style this fourth beer-tasting session is focussed on. Each drop is discussed for a few minutes until glasses are emptied and the next bottle does the rounds.

“It has no body,” Cooper and Nicolao say simultaneously as number 2 hits their lips. “Number 5 has zero nose – it’s dead,” Kanis later says. “Yep, and it’s got zero flavour,” Chris adds. It's universally agreed that 13 and 14 and are safe and boring.

“When a beer scores really low, we actually open it up and taste another one, because there might be something wrong with the bottle,” Nicolao says. Such is the case with number 7, which turns out to be Stone & Wood’s well-regarded Pacific Ale.

Other beers provoke more curiosity than anything else. “It’s almost like a wheat beer,” Cooper says of number 10. “It’s definitely got wheat characteristics.” “Yeah, it’s quite cloudy, isn’t it?” Kanis agrees. When the familiar green Cooper’s Pale Ale label is later unmasked, it’s a big “a-ha” moment for the table – it was just the sediment mimicking the rich mouth feel wheat beers are known for.

But as the group discusses nose, finish, bitterness, hoppiness, maltiness, mouth feel and colour, some favourites emerge. “Not wanting to direct anyone, but so far 9 is the standout beer,” Nicolau says, as everyone nods in assent.

“It’s hoppy without being too bitter,” Cooper says, while others praise its honey and caramel flavours. “That’s almost the best beer we’ve tasted. I’m giving that a nine out of 10,” Chris says. To everyone’s delight, it turns out to be 4 Pines Pale Ale. Past tastings have seen people’s go-to beers fall short when tasted blind.

Numbers 8, 11 and 15 and 17 are also popular. They’re revealed to be pales from Hawthorn Brewing Company, Mornington Peninsula Brewery, Holgate and Hawkers.

“This is a process I think we’ll undertake on a very regular basis, maybe once a month,” Lucas tells the group, as the tasting concludes. In the end, though, he wants the guests at Hawker Hall to be the real arbiters. There will be no lock-in contracts with brewers of any size: the 24 taps will simply tick over according to demand, making good on Hawker Hall’s motto: Forever Independent.