Taco Bell Is Opening Its First Melbourne Store This Summer

The Cali-Mexican burrito behemoth is “still scoping out living arrangements”. 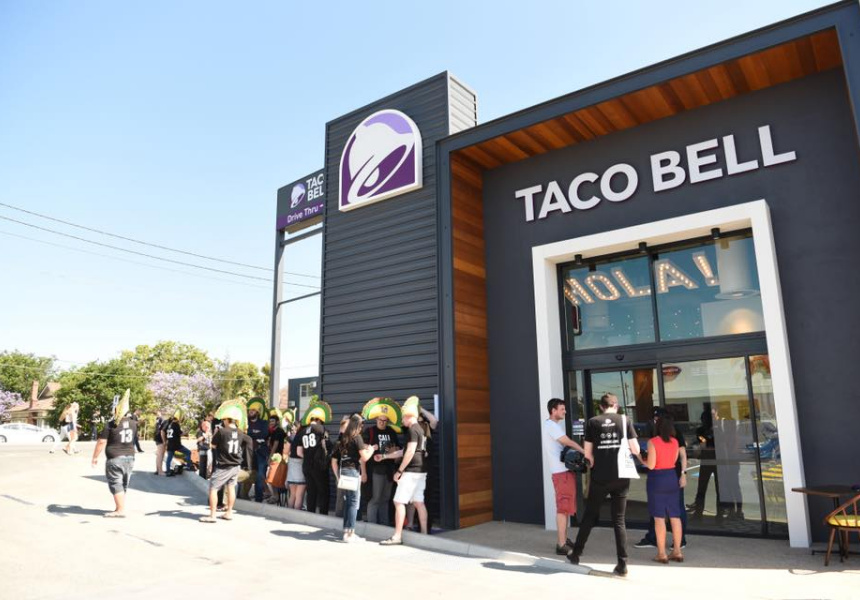 It’s coming. Taco Bell, the Cali-Mexican burrito behemoth has just announced it will open its first Victorian store. But it’s coy about when and where.

According to a post on Taco Bell Australia’s Facebook page, the restaurant chain is “still scoping out living arrangements but … you’ll be calling us Melburnians real soon.”

This is not Taco Bell's first foray into the Australian market. It had a presence here in the ’80s and ’90s, but by 2005 those stores were all closed. It launched again – as softly as a warm flour tortilla – in Queensland in late 2017, and since then has been slowly rolling out stores in the sunshine state. In October 2018 Taco Bell announced plans to open 50 new stores across Australia, but since then there’s been little news on when to expect the first Melbourne store.

So when are we getting it? Which lucky suburb will be Melbourne’s new home of cheap chalupas, quesadillas and burritos? Will the Doritos Loco Taco be making an appearance? We’re going to have to wait for more details. For now, all we know is it’s coming this summer.

No word yet on whether Baja Blast Mountain Dew will be making its way to these parts. We live in hope.