To those in the industry, this comes as no surprise. So they’ve decided to do something about it. 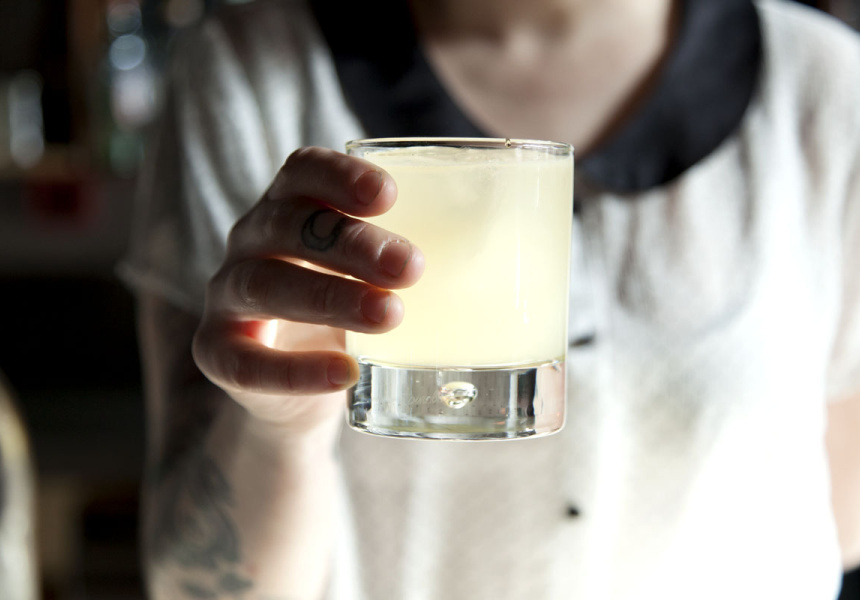 A recent survey by the hospitality arm of Australian workers’ union United Voice found almost 90 per cent of respondents had been sexually harassed in the workplace, with 19 per cent experiencing sexual assault at some point in their careers.

The survey, conducted between January and March this year, polled 306 hospitality workers, 90 per cent of whom were female. The union ran the survey in response to what it saw as a change in attitude towards the issue.

“Sexual harassment has always been a big problem in this industry. What’s changed is that workers are speaking out and saying ‘enough: we deserve to feel safe and respected at work’,” says United Voice Victorian secretary Jess Walsh.

Bonnie Jones, 22, has worked in hospitality in Melbourne for nearly five years. She first experienced sexual harassment on just her second night of work in the industry.

“I was working at a restaurant-slash-bar, and at about 11pm it would switch and become like a nightclub sort of vibe,” she says. “I was carrying my tray around picking up glassware. I bent over to pick up a glass and a customer thought it would be really funny to grab the back of my head and shove it into his crotch.

“One of the managers was actually watching this at the time and I looked back at him … he just went back to being on his phone.

“I’ve always thought that you need to suck it up and keep going. You know it’s wrong but you never really think you can ever progress past kicking someone out of the venue,” Jones says. “You get a person kicked out of the venue, they’re probably just going to go to the next and do the same thing.”

Australian law defines sexual harassment as any unwelcome sexual advance, unwelcome request for sexual favours or other unwelcome conduct of a sexual nature that makes a person feel offended, humiliated or intimidated.

The manager of Green Park in North Carlton, Lily Stokes, is working to fight against the threat of harassment in the workplace.

“I guess because I’ve worked in management and supervisor roles for the last part of my career, it’s something I’ve always let my staff know that I have zero tolerance for. I want my staff and patrons to feel safe and backed up,” she says.

WorkSafe does not have official procedures to help or advise employers on ways to minimise instances of sexual harassment and assault in the workplace. A spokesperson for the organisation told Broadsheet, "it is the responsibility of every employer to provide a safe and healthy working environment, so far as is reasonably practicable.”

“This includes matters such as sexual harassment, which should be reported by workers to their employer or other relevant organisations such as the Victorian Equal Opportunity and Human Rights Commission.

"Sexual assault is a criminal matter and should be reported to Victoria Police."

While cases of workplace bullying fall under the jurisdiction of WorkSafe, cases of sexual harassment and sexual assault do not.

“I’ve worked for businesses that are super regimented with contractual obligations, OH&S, penalty rates and things like that,” says Stokes. “They’ve got their backs covered on work safety but never have I had in place a formal agreement regarding sexual harassment in the workplace.”

Jessica Browning, a chef at Green Park, started volunteering at United Voice after hearing about the survey.

“Work should be somewhere you feel comfortable and safe,” Browning says. “You go there to do your job; you shouldn’t have to worry about those sorts of annoyances.”

“There are a lot of people who, you know, if there’s a table of customers who spend a lot of money, they’re inclined to look the other way. The industry means keeping the customer happy and being hospitable, and I think sometimes that’s just taken too far. The customer doesn’t always get to be happy if that’s what they’re after. I think it’s about vigilance and speaking up, not just for yourself but for other people.”

Kent St Bar & Cafe manager Rose Gaumann is another hospitality worker leading the charge against sexual harassment in the workplace. Gaumann is the founder of Bars of the North, a group of Fitzroy and Collingwood bars and bartenders tackling violence, sexual harassment and antisocial behaviour in their venues.

Gaumann says she is horrified but not surprised by the results of the survey.

“It’s almost not spoken about because it’s to be expected in a sense – it absolutely shapes a person’s entry into the industry,” she says. “It’s enough to jade someone to not be active in the industry anymore, and that’s a real shame. It’s such a fun industry and to have that fun taken away by something like sexual harassment and have it not be addressed is really upsetting.”

For information about how to respond to sexual harassment in the workplace or to make a complaint, visit the Australian Human Rights Commission website.

United Voice is hosting a meeting at the Trades Hall Council on May 25 to plan a campaign against sexual harassment in the workplace. Melbourne hospitality workers are invited to get involved – RSVP here.

89% have experienced sexual harassment at work.

86% have felt unsafe, uncomfortable or at risk in their workplace.

• 85% reported comments on their body

Do you believe your employer takes sexual harassment in the workplace seriously?

• 90% of respondents were female

• 8% of respondents were male

• 2% of respondents identified as ‘other’