The Sun’s Out at The Cocktail Revolution

Over at the Schweppes Cocktail Revolution they’re helping to gear up for the warmer times with the best drinking advice by way of seaside cocktails, old flames and what (else) to do with beer. 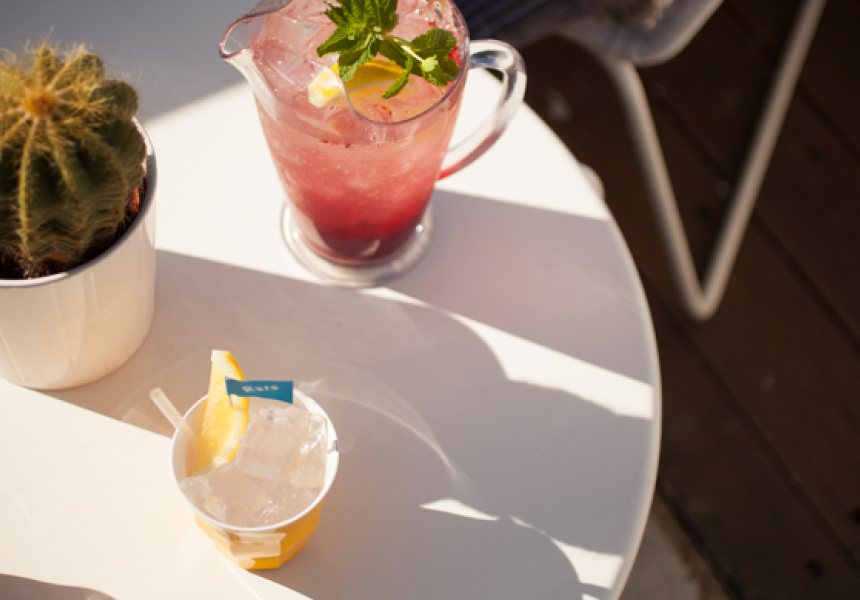 Over the last month, our friends over at the Schweppes Cocktail Revolution have been spreading their Mix Your Own Manifesto to workplaces across the country in preparation for the long hot summer ahead.

Here’s some of the best cocktail advice you’re ever likely to get.

Seaside Cocktails
The power of the mighty Pacific has inspired artists and poets for millennia, but by far its most significant influence has been on the history of cocktails. Many a barman has stood on its shore and thought: “If only I could drink that.” Of course, it’d taste awful, but some talented craftsmen have managed to capture the general vibe of the sea, or at least created drinks that are great when drunk beside it.

How to use bitters
Bitters is a magical ingredient. It is to bartenders what salt is to chefs. It helps to lengthen the drink and often a bartender will find himself reaching for it to provide that finishing touch that makes a good drink great.

A Flaming Good Old Flame
Negronis are perennially popular and while they’re in no need of improvement, we’re always up for experimentation. This version, the Old Flame, is sure to catch on (fire).

What to do with Beer
Mixing with beers is nothing new in other parts of the world, but it’s a bit of revelation down under. So we’re going to take a look at ways to make your simple lager can a little jazzier.

Mix Your Own Sessions
Last month, Broadsheet and the Schweppes Cocktail Revolution gave workplaces in Sydney and Melbourne the opportunity to learn the basics of mixing drinks. The response was overwhelming; hundreds of businesses in dozens of industries entered for a chance to learn how to mix their own. We chose six of our favourite entries, and rocked up with Dave Kerr from Melbourne bar The Beaufort and a boxful of booze, for a special Friday afternoon knockoff.

Here are the winners: