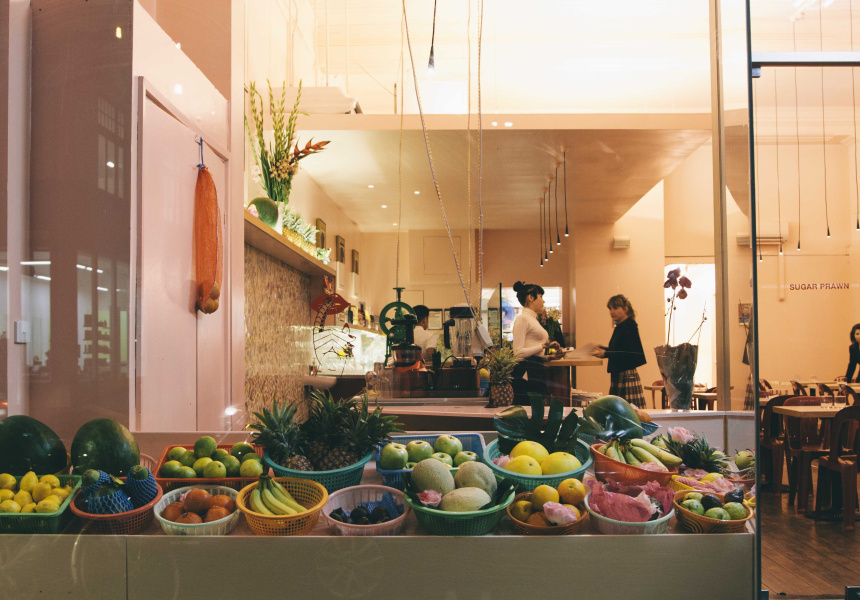 “I think a lot of people’s character can get lost when they open venues, just from outsourcing jobs they think they can’t do,” says Fred Mora. There was scant chance of that happening at Sugar Prawn, the hawker-inspired Malaysian restaurant he opens today with Travis Tong, Hugo Atkins and Alex Albrecht.

Between them, the group has worked in branding, as well as run restaurants, coffee shops, nightclubs and record labels. Tong owned Malaysian restaurant Masak Masak (which occupied the site previously). Atkins is behind Magic Johnston, Everyday Coffee and CBD nightspot Hugs & Kisses.

The eclectic group did everything itself, from the tiling and painting to making the light fittings. “We went through lots of tins of sample paint,” Mora says. “But there was only one colour that really sang out to us – it’s called Prima Donna.”

The Barbie-pink walls set the tone for the restaurant, which feels carefully kitsch, right down to the vinyl-topped tables and plastic garden chairs. It’s designed to replicate the feel of a Malaysian hawker market. The group was so committed to the cause they put Mora on a plane to bring back 100 kilograms of melamine plates.

It had to be Malaysian because that’s Tong’s heritage, and he’s the one cooking the food. By night, that includes small snacks such as chicken skin and jellyfish with kewpie mayo, or egg and crispy pig-ear salad drizzled in chilli oil. Tong’s attention to detail shines brightly in these bite-sized portions and loses no intensity when he applies it to small plates, big plates, rice and noodles.

Witness the deft combination of pineapple and chilli, which accompanies the sticky lamb belly, and the Thai-style freshness of the okra, snake bean and papaya salad. They’re the real deal. There’s a good selection of wines, beers (including Mountain Goat’s Steam Ale on tap) and of course, 100Plus, Malaysia’s favourite soft drink.

On busier nights expect to eat with a live soundtrack – there’s a neat little DJ booth in the front window. “A lot of the time DJs get stuck in a corner, playing background or ambient noise,” Mora says. “We wanted to have something a bit more involved.” To that end the booth will be used to host live Sugar Prawn Radio broadcasts, with UK selector Johnny Nash kicking things off on July 19.

In a couple of weeks the juice bar near the entrance will start serving Malaysian breakfasts from 8am, including coconut sago pudding with sliced fruit, and toast spread with kaya (coconut jam). Atkins’ connection at Everyday Coffee means a batch-brew machine will also be on site to deliver quality filter coffee. 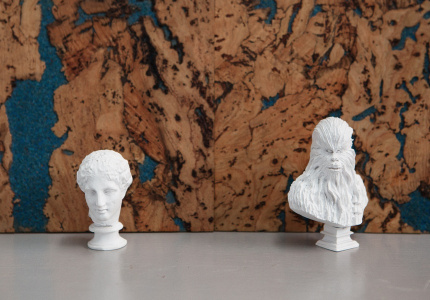