The iconic American bakery chain now has locations across more than 50 countries. But how did its grand opening go off at Westfield Southland? And are those scrolls really all they’re cracked up to be? Scroll on to find out. 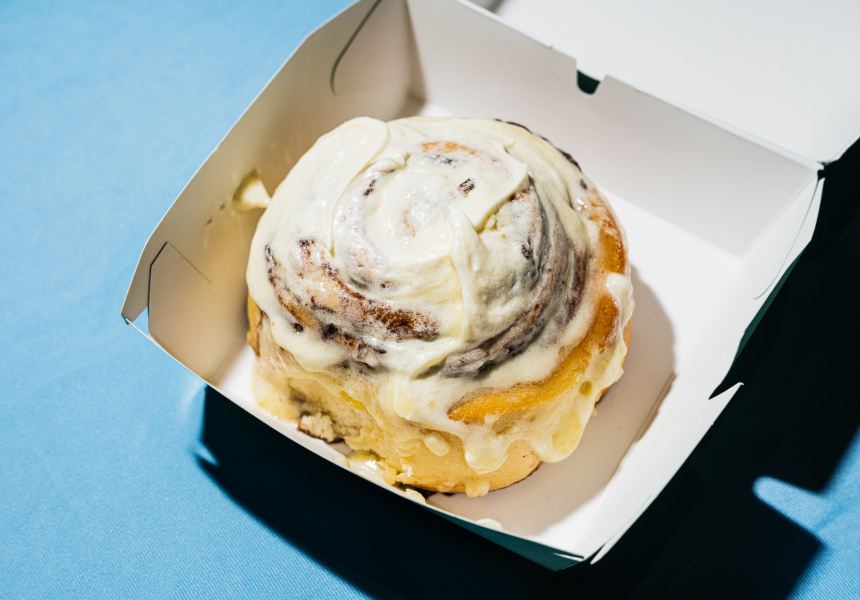 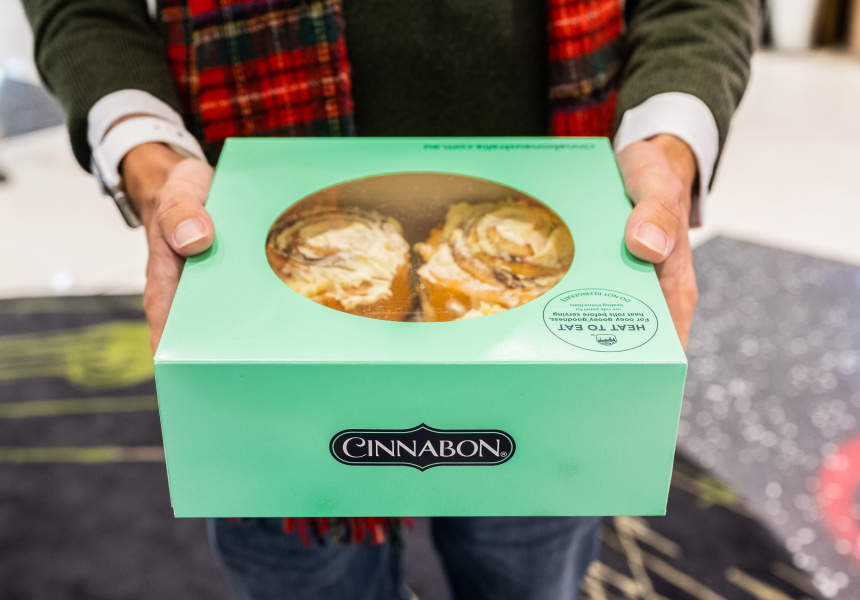 But what I discover is far less frenzied, and far more civilised. No security guards – just centre management – required. A small but determined group of around 15 people have assembled, in an orderly fashion, to be among the first to take home a cyan-coloured box full of scrolls.

Under the bright shopping-centre lights, smack bang in the middle of a thoroughfare, is the small Cinnabon store. Eight staff are busy at the scroll station while curious onlookers whip out their phones to take photos.

Here, the dough is rolled out, doused in Makara cinnamon and sugar, tightly re-rolled, baked, and then slathered in icing (or “frosting”, as the Americans call it). At the opening three varieties are on offer: classic cinnamon, as well as chocolatey and caramel-pecan variations, with more to come in the future.

Serving the scrolls hot means the icing is a bit of an ooze risk. So, a plastic knife and fork are offered – encouraged, in fact. But even equipped with all the tools, the standard Cinnabon is no small task to get through.

It’s fist-sized and not tear-apart soft, but enjoyably sticky and chewy. The flavours won’t leave you guessing, though. There’s no nuance here and I think that’s the point; it’s overwhelmingly sweet and loaded with cinnamon. Exactly what I expected. The inner section is particularly syrupy, but you’ll likely still want something to wash it down with.

Coffee is also available, as are the chain’s Chillattas, a range of blended cold drinks in flavours such as cinnamon (obviously) and chocolate. Some even come topped, “freakshake”-style, with a mini scroll. They’re also available as an alternative to the full-sized scrolls, which definitely aren’t for the faint-hearted.

Cinnabon was founded in Seattle in 1985, and now has thousands of locations across more than 50 countries. And since opening in Queensland in late 2019, it’s added two more stores in the Sunshine State.