Stomping Ground Is Opening a New Experimental Brewpub in Moorabbin

It’ll feature an on-display brewery, a beer hall, and a beer garden – all in an old cigarette factory. 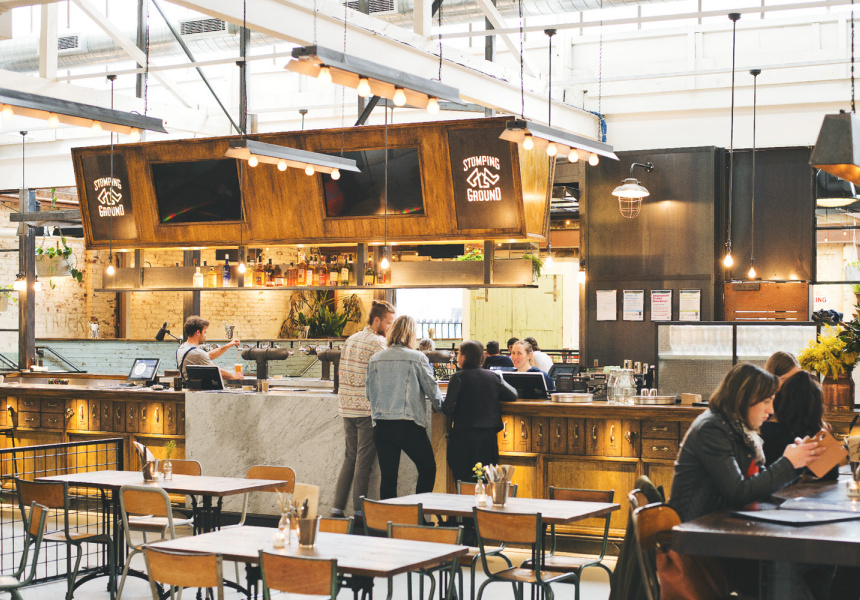 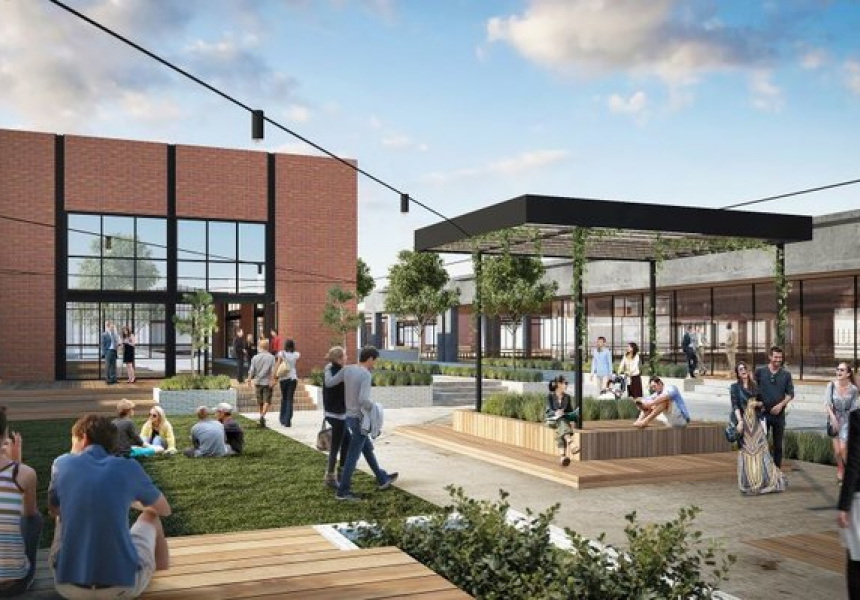 An early render of the Morris Moor site. The Stomping Ground building is on the left. Stomping Ground has been serving craft beer from its brewery and pub in Collingwood since 2016. Now owners Steve Jeffares, Guy Greenstone and Justin Joiner are preparing for a second venue, in Moorabbin.

The new brewpub, opening in early 2020, will be part of the upcoming Morris Moor development, which is transforming a 60-year-old former Phillip Morris cigarette manufacturing site into a commercial and hospitality precinct.

The three partners live in Melbourne’s south-east, which made Moorabbin a natural second location after the success in Collingwood.

“The opportunity to have direct contact with the people you hope will enjoy your beer, it's been really valuable to us,” Jeffares tells Broadsheet. “Given that hospitality is where we come from, with The Local Taphouse, we thought we’d open another one and see if we can broaden our audience and the people who enjoy our beers."

The team tends to gravitate towards industrial locations with character and history: the first Stomping Ground is in a converted warehouse, and 2.0 will be in a former mechanical facilities building.

Jeffares says the new venue will be familiar to fans of the original, but they aren’t doing a cookie-cutter duplicate. Stomping Ground Morris Moor will have its own look and feel, influenced by the new neighbourhood.

Plans for the slightly larger Morris Moor site include a beer hall, event space and beer garden, in addition to a 12-hectolitre brewery. The kitchen will serve lunch and dinner, seven days a week.

As with the Collingwood brewery the brewing tanks and equipment in Moorabbin will be on display here too.

"We're really excited to be able to brew beers on-site in Moorabbin that people can see us brew,” says Jeffares. “They can come and have tours of the brewery, and they'll be able to see and smell what we're up to in there. It'll be really fun to be able to sell beers that are actually made on-site."

The brews will also be different. While the Collingwood site will still be their central hub for making their bestsellers, the Morris Moor facility will be home to more experimental drinks.

"[Here] we can have a small enough brewery that we can be creative and flexible, and we can give some of our brewing team the opportunity to test their own brewing skills on a smaller set-up," says Jeffares.

The south-east isn’t lacking in independent breweries, with 2 Brothers also in Moorabbin, Bad Shepherd Brewing Co and Wolf of the Willows in Cheltenham, Boatrocker Barrel Room in Braeside, and Dainton Family Brewery in Carrum Downs.

Jeffares says he sees the concentration of breweries in the area as an opportunity for collaboration rather than competition.

“One of the great things about the independent brewing scene is there's a real collegial atmosphere,” he says. “Most breweries get on with each other and enjoy collaborating. We hope to grow the interest in brewing, more than what it's already. We certainly don't want to take away business from other breweries."

He also says they hope the “brewery precinct” in the area will encourage more people to support their local independent breweries.

"We believe it'll really become a destination for people, not just from Melbourne but from outside as well, to be able to go on a brewery trail in much the same way that you might visit a bunch of wineries," says Jeffares.

The Morris Moor development will be home to offices, a co-working space, an early-learning centre, and a food and lifestyle precinct designed by Technē. 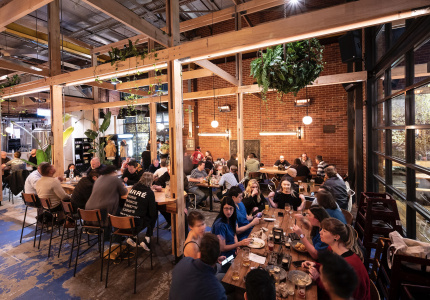 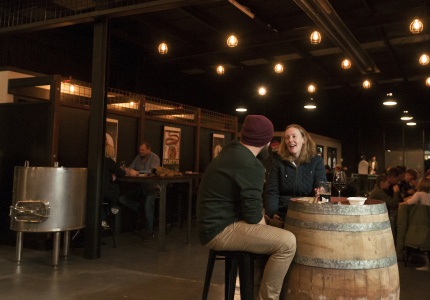 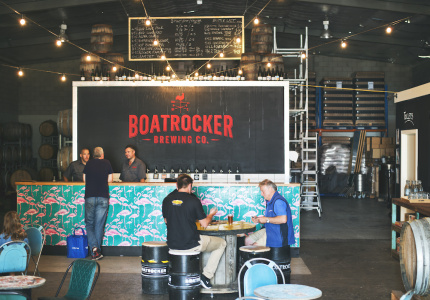 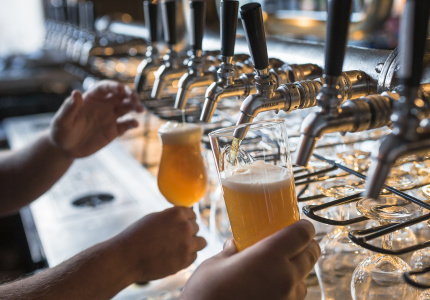