Stokehouse City: The Next Chapter

From the ashes of the Stokehouse Melbourne fire comes another opportunity – a new, temporary CBD restaurant in a grand old location. 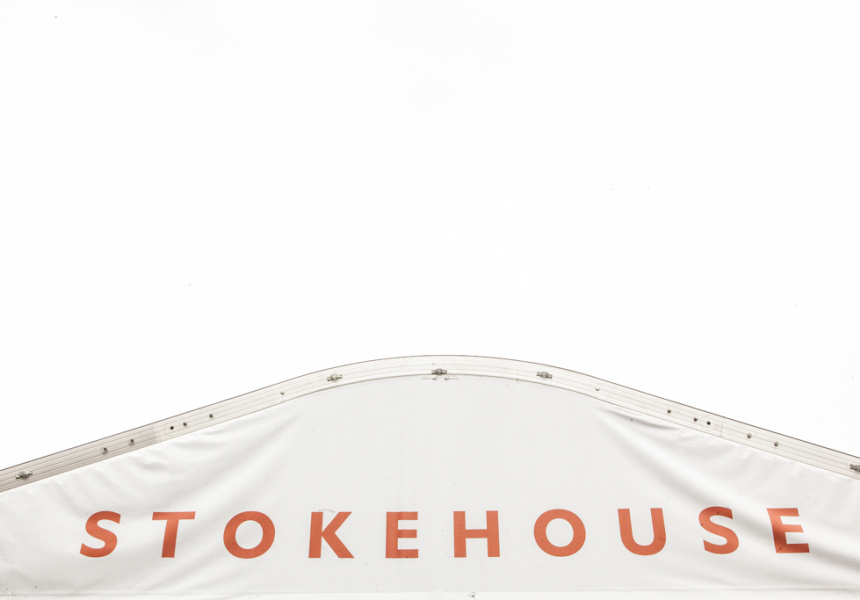 New pages of the Stokehouse story continue to be written at a furious pace, with news just in that a Stokehouse City restaurant will open in Melbourne’s CBD this May.

To say it’s been a tumultuous year for the Van Haandel Group would be understating the case. Following the fire that destroyed its flagship Stokehouse Melbourne restaurant in January, adaptation has been the name of the game. A three-month pop-up restaurant launched on the St Kilda Stokehouse site in February, and last week it was announced that the City of Port Phillip had appointed the group to project-manage the full rebuild.

When it became apparent that the scale of work would mean it would be unlikely to near completion until early 2015, the Group began looking for a new temporary home. After considering several alternatives, 7 Alfred Place was identified as the only viable option for the new temporary project.

Astute readers will recognize the address as belonging to the restaurant currently trading as Hotel Comme (and many moons ago, the legendary Mietta’s).

"The impact that the fire has had on the Group has forced us to make some extremely tough decisions,” said Frank van Haandel. “It is incredibly sad to say goodbye to the amazing team at Comme, and we wish to thank them for their contribution and hard work. Under these exceptional circumstances, I believe that this is the best way forward and we are excited to bring Stokehouse to the city."

Hotel Comme will close for the final time on Sunday 20 April 2014, and re-open as Stokehouse City in mid-May. A Van Haandel Group spokesperson told Broadsheet they had not originally planned to close Comme, which has been open in the top-end CBD location since 2005, but the fire has impacted every aspect of their business.

“Everything was at its peak down on the beach,” the spokesperson told us. “None of this would have happened if the fire hadn’t. Comme would have continued to trade, but it really was the only site that could carry the Stokehouse brand.”

The interior of the heritage building will be re-imagined by Melbourne designer Pascale Gomes McNabb, who has a rapport with Stokehouse having redesigned the upstairs restaurant in 2010. McNabb is well-known around the country for her work on a host of restaurants including Cutler & Co., Cumulus, Cumulus Up, Sydney’s Bentley Restaurant & Bar, Yellow, Monopole and Penfolds Magill Estate restaurant in SA.

Given Stokehouse Melbourne’s indelible association with the ocean, we’re keen to see how McNabb will bring a beachside feel to the resolutely city location. A Stokehouse spokesperson assures us every effort is being made to provide more than a passing nod to the original site. “I can’t say more at this stage,” the spokesperson said. “You’ll just have to wait and see.”