Masters Of Their Craft 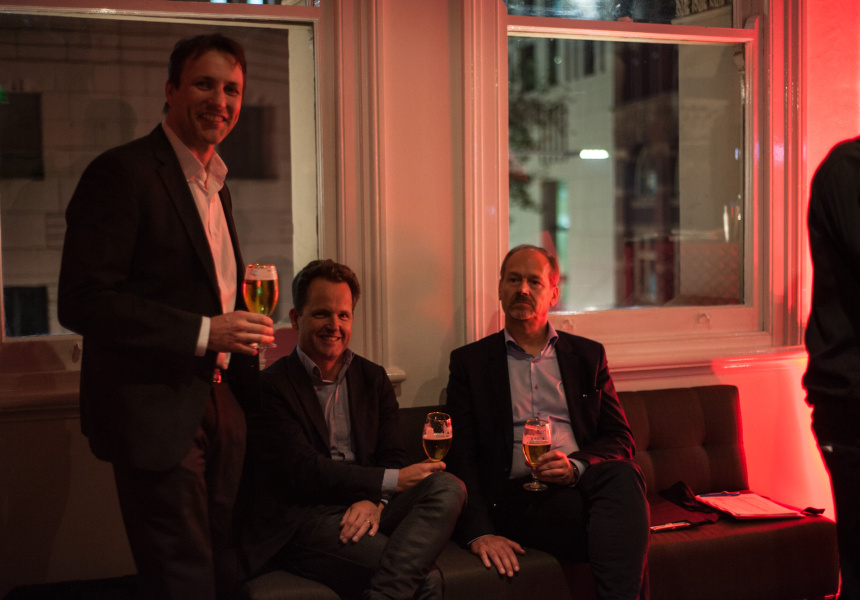 Those who’ve visited Belgium know how seriously they take their beer. So it should come as no surprise that Stella Artois hosts a Draft Masters Championship. It’s a beer-lympics, if you will, celebrating bartenders’ skill, craftsmanship and ability to complete a ritual nine-step pour.

It took place last week at Sydney’s Bistrode. Five Australian draught masters competed for their chance to represent the country in the UK later this month, performing the precise ritual, which demands a bartender’s full concentration, expertise and no small amount of theatricality.

Each contestant begins with a “purification”, rinsing their glassware before flinging both arms in the air and holding their beer chalices aloft (in an act known as “swanning”) to inspect them. Contestants are then judged on steps from how they control beer flow through to the way they “behead” the beer (when the overflowing head is cut with a knife), before presenting the finished product to the judges. The crowd hushed as each beer was set down. Even the position of the chalice (the name used for Stella Artois’ specifically designed glasses) on the coaster was measured and noted by the judges.

From the five state champions, it came down to Queensland versus Western Australia, and after a final nerve-racking nine-step pour, Andrew Noll (of Perth’s Belgian Beer Cafe) was crowned victorious. “I've always wanted to represent Australia,” Noll told us. “That’s been my dream. Originally that was with sport … but, this is a sport.”

Having bartended for just 18 months, Noll said an appreciation for beer has become his passion. “You can take something as simple as beer and turn it into an experience,” he says. “If you don't know the product – it’s not good enough.” The World Draught Masters will challenge his understanding of each pour’s importance. “Normally you’re just serving people,” says Noll. “This is more about public speaking, standing up in front of 100 people and performing while you pour.”

Although we weren’t privy to the notes the judges took after each step, from our vantage point, Noll seemed to win on pure intensity. All contestants talked while pouring, but Noll’s concentration and gaze never once lifted from the task at hand. He knew his stuff, and didn't rely on making jokes or pandering to the crowd.

As he poured the winning beers, Noll told the crowd: “I’m a perfectionist and a romantic. I want to know everything I can about [beer].”

In order to do Australia proud in London, Noll says he’ll soon enter “full training mode.” It might be his perfect pours talking, but we think he’s got what it takes.