A new daytime eatery by one of Melbourne’s favourite cafe crews, in a former milk bar. 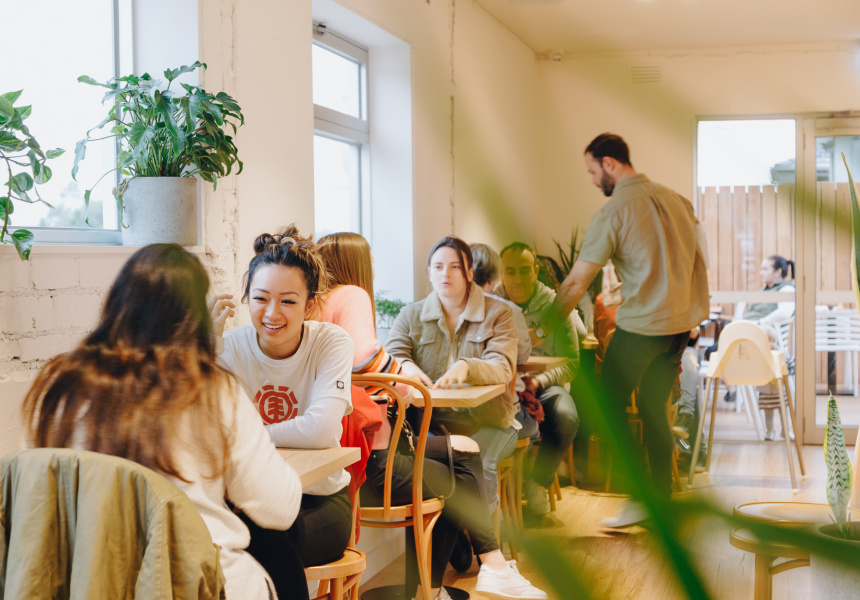 “We’re trying to bring the best in town, out to the suburbs,” says Julien Moussi of his newest cafe, Stanley, in Mount Waverly. Moussi is the man behind a panoply of popular Melbourne cafes such as a Bentwood, Tinker and most recently Clubhouse Malvern. He owns Stanley with chef Mahesh Adhikari (also from Tinker) and host Jack Franklyn (from Age of Sail and Bentwood).

Stanley opened in late May on the corner of its namesake Stanley Avenue and Ian Grove, on a quiet, mostly residential strip in the city’s southeast. It’s near the highly trafficked Scotchmans Creek Trail and is easily accessed by neighbouring suburbs such as Oakleigh.

Moussi purchased the building, formerly home to a milk bar, in 2016. He brought on interior-design firm Ritz & Ghougassian and began an overhaul of the site that took a year and a half.

“We set out to reinvent the frontage,” Moussi says. “On the south wall, it used to be all brick and we’ve now opened it all up to be all glazing so its really well-lit inside.”

Bright white, “the building has great presence” from the exterior, he adds. “It really makes some noise from afar.”

The typography design in the signage and on the menu pays homage to the building’s former life, with cues taken from Fantales and Minties wrappers.

There’s room for 60 inside the clean, linear space, largely decked out in blonde wood furniture and indoor plants. An outdoor courtyard has been designed to work in all seasons, “so people can sit out there all months of the year and be warm or cool”, Moussi says.

The menu features colourful favourites from Moussi’s other cafes, such as granola and acai bowls, and avo on toast, but new to the mix are chocolate waffles oozing with nutella, and a crunchy golden schnitzel with slaw heaped on top. Coffee comes from Moussi’s Inglewood Coffee Roasters, and those passing by with the dog can order from the takeaway coffee window.

This article first appeared on Broadsheet on 12 June, 2018. Menu items may have changed since publication.