There’s no such thing as a dull meal at this Southeast Asian casual fine diner, be you patron or staff member. Head chef Khanh Nguyen makes sure his team is well fed before service, often with this twist on a southern American classic. 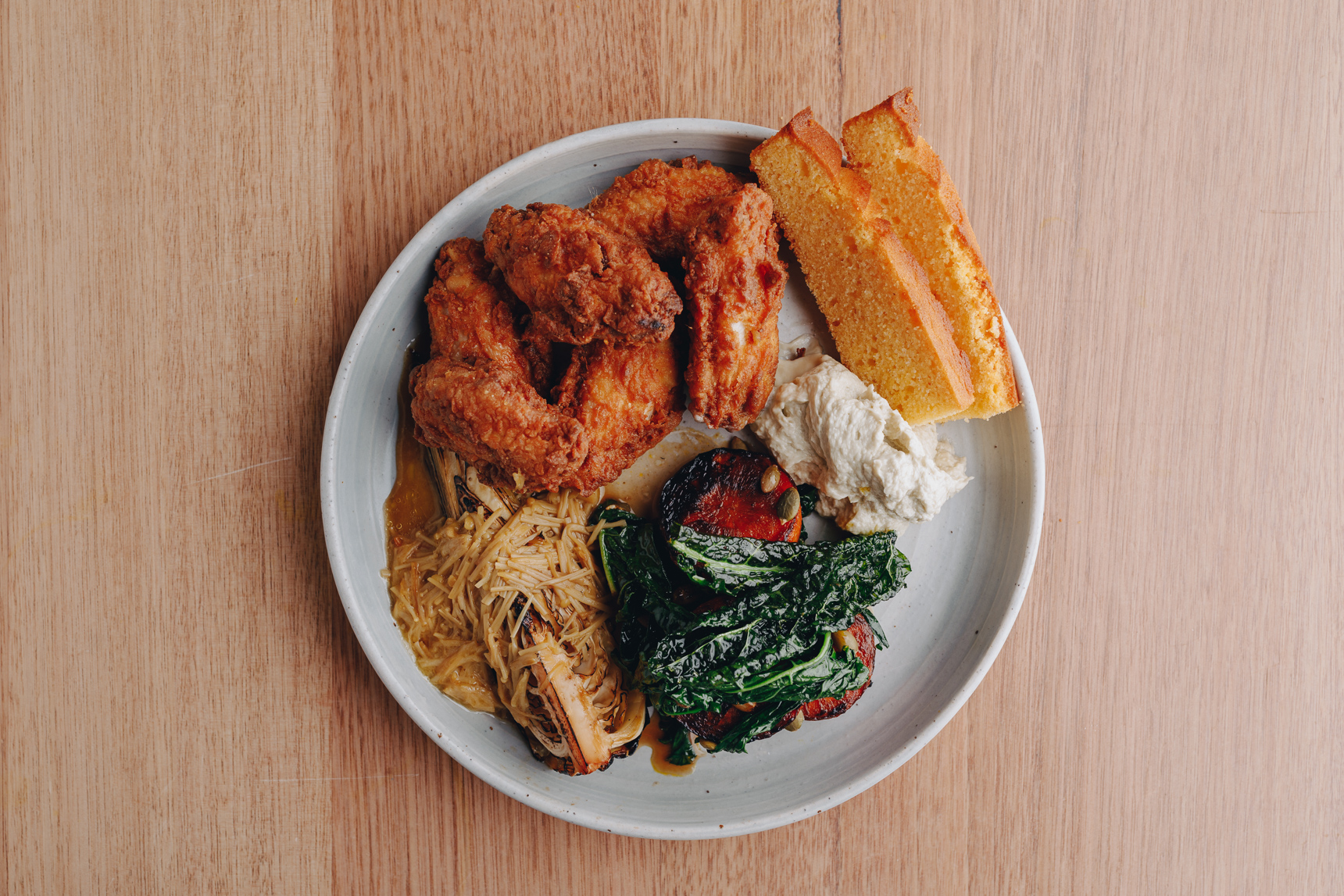 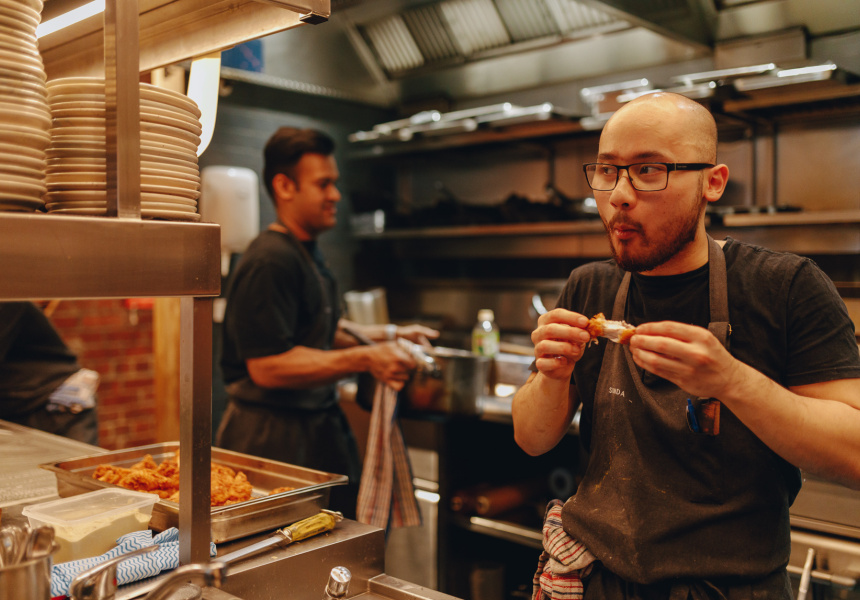 Walking into Sunda at 4pm is like stumbling upon an orchestra setting up for a performance. Chefs quietly prep in the kitchen. Out in the dining section, front-of- house staff set up tables and fold napkins. Restaurant manager Kosta Kalogiannis paces, silently figuring things out in his head.

By 4.10pm the energy has picked up notably. Cutting through the sparse atmosphere, chef de par- tie Nabil Ansari yells: “Hot wok coming through!” He passes head chef Khanh Nguyen, who’s slapped on a pair of latex gloves and is coating a couple of trays of chicken wings in curry paste, chickpea flour and desiccated coconut. On the other side of the kitchen, chef de partie Lauren See is squeezing small dollops of honey out onto a tray of carrots, which are sliced thick and are slightly charred.

Before long, the last of the serenity is eclipsed by a commanding sizzling sound when Nguyen drops a batch of the chicken into a deep fryer. An intoxicating aroma follows; the symphony has begun. This is a typical afternoon at Sunda, Adipoetra Halim’s Southeast Asian restaurant, which opened on Punch Lane last year. Chefs take turns leading the off-menu staff dinners, which often involve special ingredients and begin at 4.30pm when, per Nguyen’s insistence, everyone sits down together. “We make sure they get well fed,” says Nguyen.

For an industry that isn’t exactly known for pampering staff, it’s nice to see the crew at Sunda smile and exchange banter as they crowd around a long 14-seat communal table for dinner. Nguyen, preparing today’s meal, serves hybrid US Southern and Southeast Asian fried chicken with sides, including a blue cheese and coconut yogurt dipping sauce; roasted sugarloaf cabbage with enoki butter and charred onions and carrots and deep-fried cavolo nero; and coconut cornbread. The meal, like the atmosphere, is rich.

As the staff tucks into second and third helpings, someone yells out for some “cawrn-bread” in a funny Southern drawl and everybody laughs. Nguyen, meanwhile, is sitting at the end of the table chatting with Kalogiannis, explaining why he didn’t go to the gym that day. Later, Nguyen admits that fried chicken makes it into staff meals “way too often”. By all accounts, no one is complaining.

Combine all the ingredients for the fried chicken except the chickpea flour and chicken wingettes. Whisk until well combined. Pour the combined ingredients over the chicken using your hands, making sure to evenly coat each wing. Cover with plastic and refrigerate overnight (for best result).

The following day, remove the chicken from the marinade and dust each wing with chickpea flour. Allow the wings to sit for at least 10 minutes.

Meanwhile, combine all the ingredients for the dipping sauce in a food processor or blender and blend together on a high speed until smooth. Refrigerate the sauce until ready to serve.

Serve with cornbread and veggies. Nguyen made cabbage with enoki butter and charred onions and carrots, and deep-fried cavolo nero.