When a restaurant stays open for 11 hours straight, it’s nearly impossible for the staff to sit down for a meal together pre-service. But as we found out, there are ways to make it work. 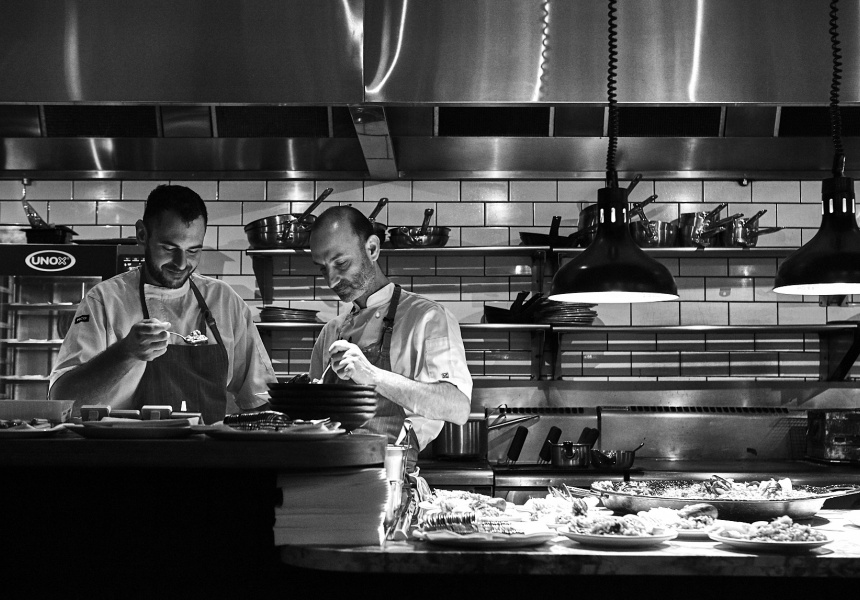 “Are you ready for the best paella of your life?” jokes Andreas Papadakis, standing at the pass and spooning out ladlefuls of smoky rice and squid for his staff.

He’s probably not even exaggerating. And this is just a low-effort staff meal he’s prepped for the half-hour break between lunch and dinner at Osteria Ilaria, the busy CBD restaurant he co-owns. The team eats pasta about three days a week (this is one of the city’s best Italian restaurants, after all), but Papadakis regularly switches things up with roasts, curries, stir-fries and yes, paella.

Today, as the last few customers finished their bottle of barolo and wandered out onto Little Bourke, Papadakis was tending an enormous cast-iron pan, inside which a reddish broth gradually turned to steam, and dark black mussels opened their lips. This is actually the smaller of his two paella pans – the larger one can hold 50 serves of rice and seafood.

Once the floor staff and kitchen brigade have collected their plates from the marble countertop, each person returns to their own position. Restaurant manager Victoria Behrendt sips a glass of red while poring over the bookings on a Macbook Air, and pastry chef Lisa Lim hurries off to hide in the white-tiled kitchen. After conferring with head chef Stefano Rosi, and picking the last of the calamari from the base of his bowl, Papadakis joins sommelier Raul Moreno Yague to test out a new bottle delivered in person by a wine supplier, who’s stuck around for a plate.

In the kitchen no-one really stops working – they just slow down a bit. Chefs de partie Daniel Gomez and Edoardo Brambilla eat standing up, snatching bites between prep, while waiter Meg Power shells a polystyrene crate of huge green beans. But fellow waiter Gerardo Montero has the right idea: he sits at the bar and focuses entirely on his paella – like it was the best meal in his life.

Method
Preheat a 30cm pan over medium to high heat. Add the olive oil, capsicum and onions and sauté for 10 minutes, until well caramelised. Stir only occasionally.

Add calamari, the prawns and garlic and cook for another 2 minutes. Add rice and mix until it is well coated with the oil from the pan. Add tomatoes and cook until all the juices have evaporated. Add the stock and some salt, then shake the pan so the rice settles evenly in the pan.

Bring the mix to a boil, turn the heat down to medium and place the mussels around the pan, forming a star. Cook until almost all the stock has evaporated, about 12 minutes.

When the rice starts sizzling, increase heat to high for 2 more minutes, so a crust forms on the bottom. Scatter the broad beans on top to warm through, then turn off the heat, cover the pan with a tea towel and rest for 10 minutes.

Drizzle the lemon juice over the rice and serve. Add some aioli if desired.

Note: the calamari can be substituted with grilled calamari, added at the same time as the broad beans. 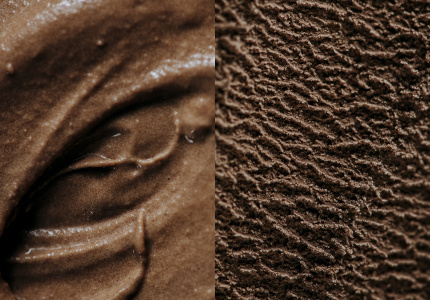