It's a summer-long pool-party pop-up. Photography: Courtesy of the venue
1/2 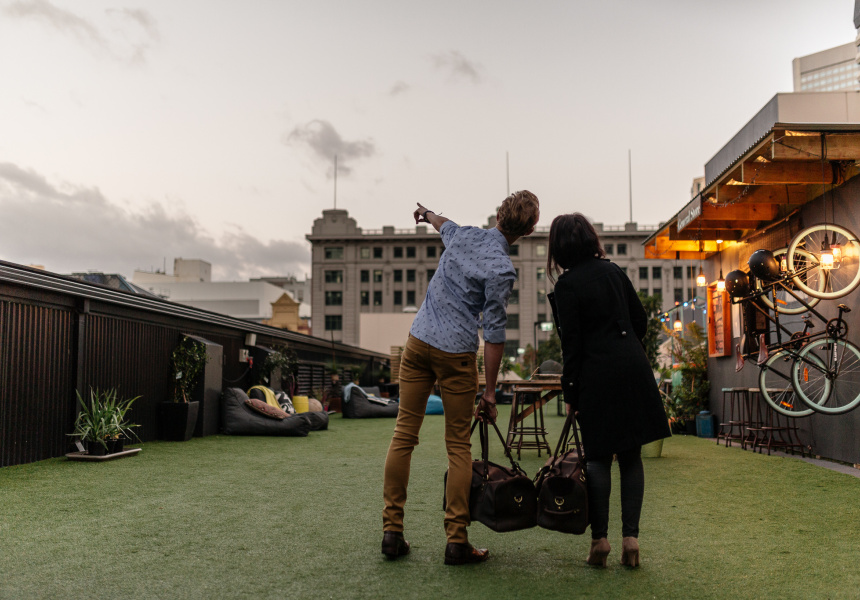 Photography: Courtesy of the venue
1/2
by Summer Woolley
Share

The former site of rooftop glamping spot St. Jerome’s – The Hotel, which zipped up its tents a few months ago after three years of operation, will reopen in October as a pool bar.

“Essentially, its a sanctuary in amongst the concrete,” co-founder Jerome Borazio tells Broadsheet, who in addition to creating St. Jerome’s – The Hotel, is behind Ponyfish Island, Back Alley Sally’s and St. Jerome’s Laneway Festival.

“With the city being absorbed by more and more development, we wanted to create a space for its residents and workers to de-stress and unite … it’s summer by the public pool, but not as you once knew it.”

The Reunion Island Pool Club will kick off in October and will run for seven months, opening daily from 7am for rooftop yoga, Pilates and meditation. At night, it’ll transition into a spot to sip and dip, with plunge pools, an event space, and yet-to-be-announced food and drink offerings.

“We live in the best city in the world when it comes to food and drink,” says Borazio. “We’ll be working with Melbourne-based chefs and eateries to deliver food options that pay homage to this.”

There’ll also be kiosks stocked with Bubble O Bills, and budgie smugglers for those who forgot theirs. The bars will serve summer cocktails.

“We’ve designed the space as a nod to the Australian public pools we all grew up with. Simple, clean lines and architecture, with a luscious, palm-filled edge.”

The Reunion Island Pool Club will open in October 2018. 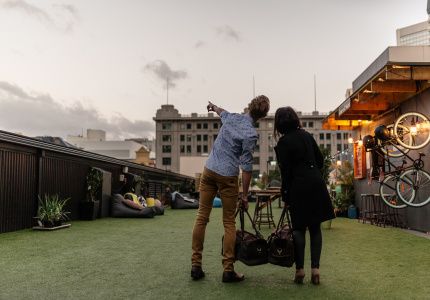 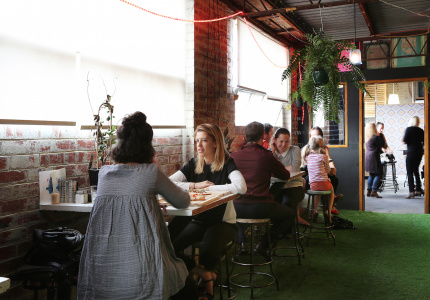