Badgers, galahs and egrets are among more than 20 species featured in a dramatic new interior installation at Morgan McGlone’s new CBD venue. 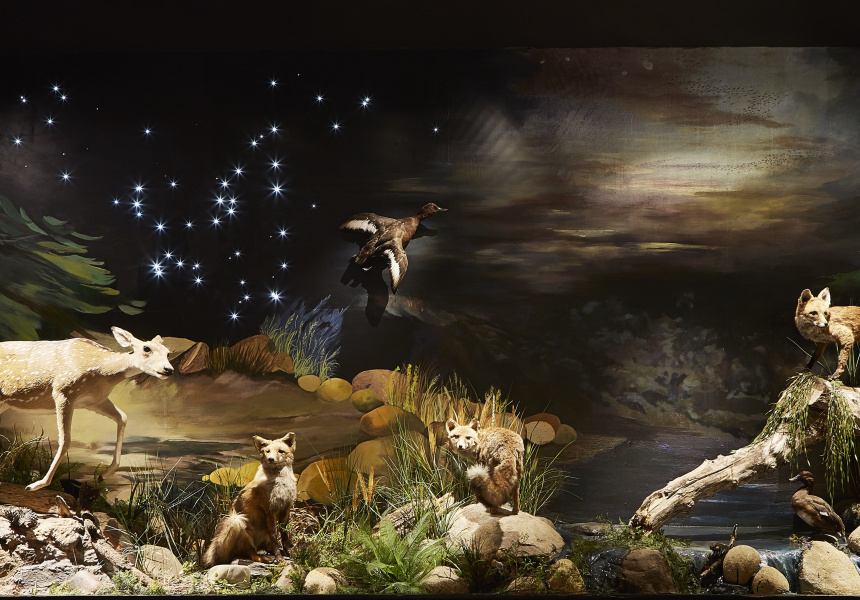 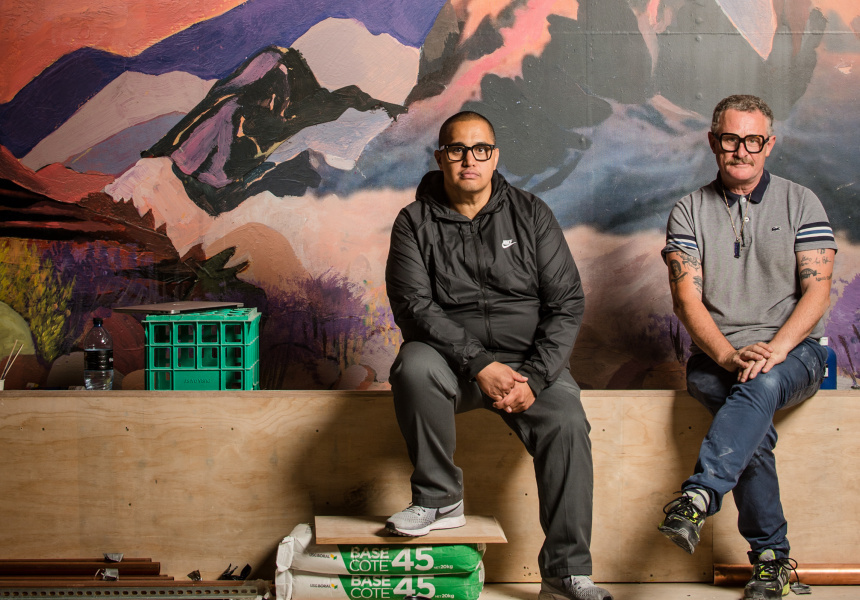 Delany – of design group International Worldwide – is previously responsible for fit-outs of Honkytonks and the Bottom End, among others, and he’s just finished work on the spectacular centrepiece of the new restaurant: a glorious 15-metre-long diorama.

Delany worked with artist Vanja Zaric to create three environments for around 25 taxidermy specimens including a Eurasian badger, white peacock and chital deer.

If dream catchers actually worked they’d probably fill your head with something like this. Delany has shared a few insights on the process of constructing the diorama with Broadsheet.

What was the most challenging aspect of building the diorama?
The whole thing was a massive challenge. I worked closely with artist Vanja Zaric, and our main aim was to create a magical art piece as the key backdrop for the restaurant, that trod the line carefully between Disney-like fantasy and semi-realistic habitats for the animals we had chosen. We had never done anything quite like this.

What were some of your design references?
Obviously with the venue being called Natural History, the key reference is museums throughout the world, particularly the dioramas in the Natural History Museum in NYC. We were very keen [to create] an artwork as a backdrop for peoples’ experience in the restaurant and not as a biology lesson. Vanja’s love of classic Disney animations such as Snow White is a key influence in terms of creating mood and mystery that is not scientific.

How did you go about sourcing the taxidermy specimens?
We learnt a lot about this peculiar industry on this job and purchased the pieces from dealers in Australia and abroad. We purposely used animals that had been ethically sourced.

Tell me about the different themes for each window?
There aren’t really “themes” as such but there is a desert dawn scene, an evening forest scene and a frozen landscape.

Which animal do you identify with the most and why?
We chose all the animals carefully so we love them all. We tried to make a really beautiful place for them all to live out their eternity.

When it opens, the venue will also feature an aperitivo bar with plenty of natural wine and a focus on Eastern European spirits. The bistro will run through American grill classics with an Australian twist.