A new addition to Chapel Street sees a classic name attached to a deceptive space. 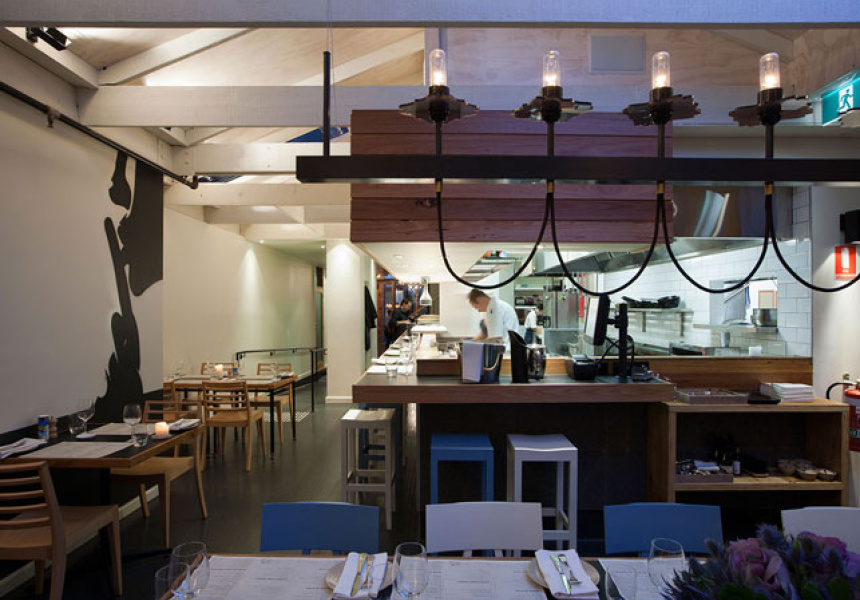 Created as a nod to the speakeasy culture of illegal drinking dens set-up during America’s prohibition era of the 1920s and early 1930s, Speakeasy (completely legal) opened about a month ago and hasn’t been much of a well-kept secret, already sparking the interest of locals and businesses. The small entrance – the shopfront on Chapel Street is only three metres wide – is a deceptive one. As you move through the space, designed by Eon Architects, a smart dining room and large wooden outer-terrace reveal themselves.

The walls around the buildings perimeter are bedecked in graffiti art by Paul Round of Urban Enhancement and there are plans to continue the artwork all the way down the back laneway to Commercial Road.

The pair behind Speakeasy are brothers, Petros and Alexis Lambis, both first-time restaurateurs who were living overseas for several years before returning to Melbourne when the building (built in 1885) became untenanted. They have taken on Robert Burgio and Manny Giliberto (who are business partners in The Deck restaurant at Southgate) as consultants to assist them in the set up of the business.

The kitchen is open for breakfast, lunch and dinner, and is based around simple French bistro classics. Think duck and mushroom pie and pear tarte tatin. Coffee is by Duke’s and the cocktail list is inspired by the prohibition era with modern twists and turns. Up the stairs, there’s a well-equipped private dining room. Plans to have live music on the outside terrace through the summertime will be sure to Speakeasy really humming by then.