As part of a “careful” expansion of casual Stalactites offshoot Hella Good, there’ll be takeaway souvlakis, snack packs, Greek sweets and a prep kitchen for “thousands of kilos of meat”. The team also aims to rehire Made staff who lost jobs following the group’s collapse. 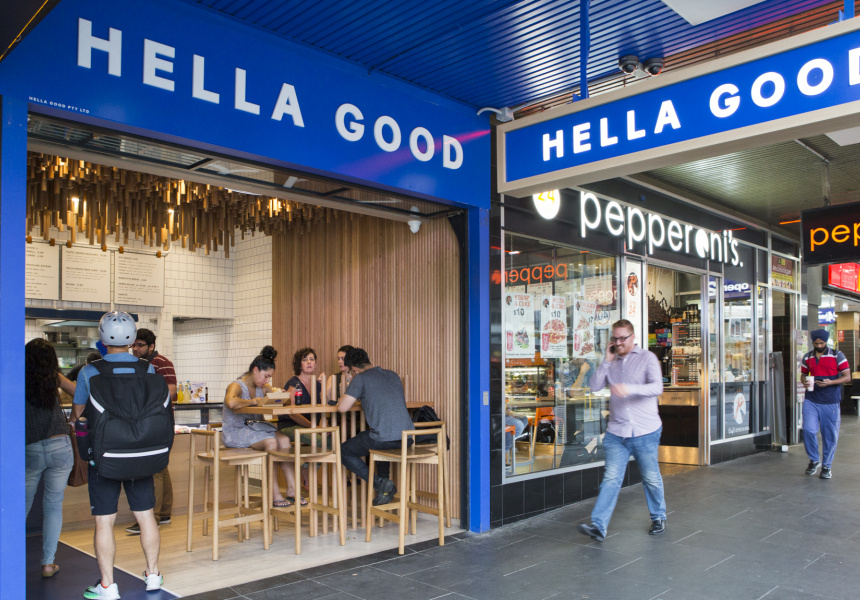 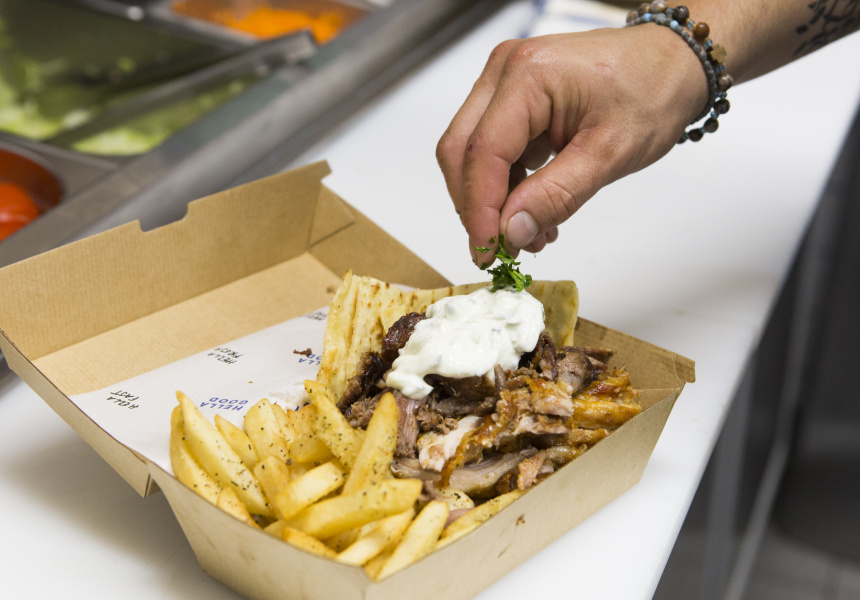 As the Made Establishment collapse continues to impact Melbourne’s dining scene, the family behind CBD Greek institution Stalactites has shed light on plans to transform two Made restaurants into outposts of its takeaway souvlaki joint Hella Good.

The sale of the Emporium and Fitzroy locations of fast-casual chain Jimmy Grants to the Konstandakopoulos and Papasavas families was announced two weeks ago, and Nicole Papasavas, managing director of The Stalactites Group, can now confirm that the Emporium shop will reopen in mid-2020, and the Fitzroy shop will reopen by the end of the year.

“We liked that [Fitzroy] was not too far from the city, that it’s sort of off the street and in a growing and developing location,” Papasavas says. “And it was a really good space inside as well, in terms of the kitchen and the store itself.”

Over 500 employees across the Made portfolio have been impacted by the collapse, and now The Stalactites Group – which has been operating on Lonsdale Street since 1978 and is known for providing Melbourne’s night owls with souvlaki 24/7 – is working with Made with the aim of rehiring former employees who lost their jobs.

“I find it all very sad. Nobody wants their colleagues to fail and we especially don’t want Greek colleagues to fail. You lose that variety, that diversity when you lose Greek restaurants,” Papasavas says. “It’s very easy to lose people from the hospitality industry as they move around quite quickly, so if there are staff that are committed to this issue like we are, we want them to know that we have roles for them.”

The menu at the new Hella Good stores will be short, with souvlaki (lamb, chicken, vegetarian and vegan), snack packs and sweets. The Fitzroy location will have a slightly larger menu and a prep kitchen for the “thousands of kilos of meat” required across the three stores each week. The royal-blue, white and timber fit-out of the original Hella will also remain consistent across the new shops.

The fate of the five other Jimmy Grants outlets (in Richmond, St Kilda, Ormond, and Chadstone and Eastland shopping centres) is still up in the air. Papasavas has confirmed The Stalactites Group isn’t looking to acquire them at this stage.

“We never thought of [Hella Good] as a franchise,” she says. “We’re a family business and we aim to stay that way, so it’s a very careful, slow expansion. We’re happy with the extra two stores.”

The Made Establishment hospitality empire, fronted by celebrity chef George Calombaris, entered voluntary administration in February after it was found last year to have underpaid staff $7.8 million in wages and superannuation between 2011 and 2017.

Some other Made venues – including Crofter, Hellenic Republic Brighton and Vita Ristorante – have already been sold, but the future of Greek restaurant Gazi and fine diner Elektra remains uncertain. 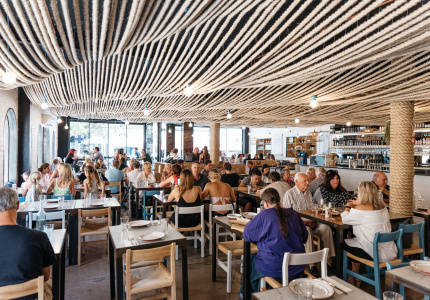