South Melbourne, This Is a Code Black: The Popular Coffee Roaster Has Opened a New Cafe Opposite the Market

In a breezy, terrazzo-covered space, you can grab coffee, strawberry-cheesecake cannoli and a chicken sanga that’s been crumbed and fried whole. Plus, bags of coffee – and everything you need to brew it at home. 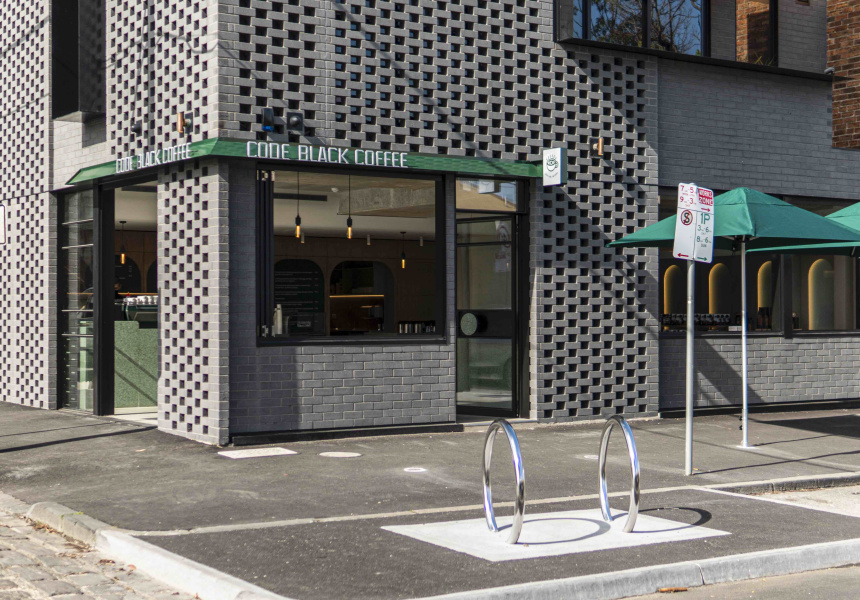 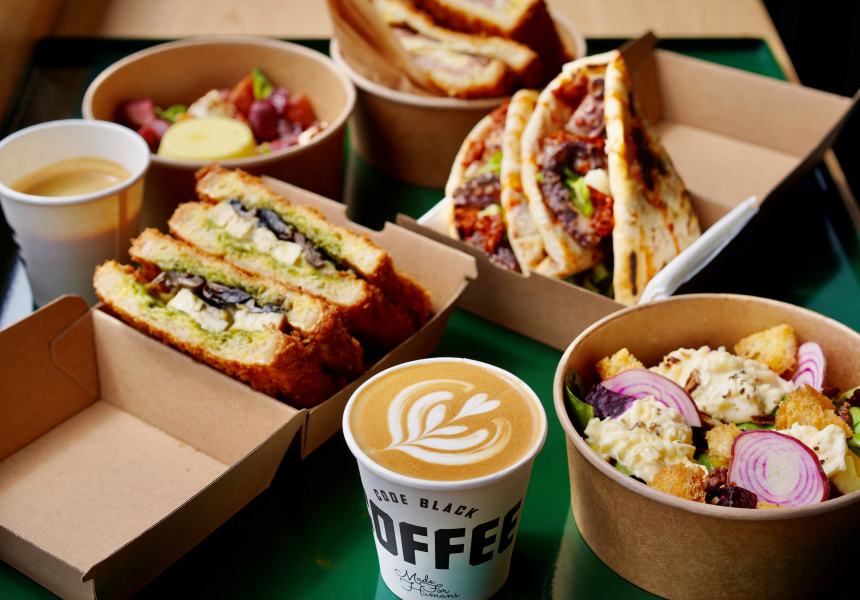 Imagine sitting in the corner of a cosy cafe with forest-green terrazzo and light American oak interiors, coffee in hand, staring out the window and watching shoppers from South Melbourne Market saunter by.

That’s how the Code Black Coffee team – and the architects at We Are Humble – envisioned things when they started designing Code Black’s new outpost, which opened in early October.

In light of the pandemic, they had to rejig the plans somewhat – removing seating to make room for extra shelving, retail displays and more space for physical distancing.

“This has obviously been intended as a cafe, completely, but [we’ve opened] with a much stronger retail presence. We’re doing takeaway food and coffee, but there’s also beans and coffee equipment,” Code Black's operations manager Brad Davis tells Broadsheet.

Head chef Andrea Rigodanza was initially hired by Code Black founder Joseph Haddad for a different project, but that’s been put on hold. Here, he’s dishing up takeaway meals such as turmeric-and-coconut panna cotta with granola and seasonal fruit; coffee-glazed bacon and fried egg on ciabatta; a grilled octopus and potato piadina with spicy ‘nduja; and braised Wagyu brisket with peach relish.

There’s also a sandwich that's a very welcome curve ball: two slices of soft white bread filled with sous-vide chicken breast, mushrooms, salsa verde and asiago cheese, which is then crumbed and deep-fried whole. For dessert there are two kinds of cannoli on rotation – flavours will change regularly, but right now it’s tiramisu and strawberry cheesecake.

Standard coffee orders use staple roasts, with rotating single-origins for both espresso and filter brews, plus seasonal blends for cold brew. Hot chocolate is made with the house’s Cocoa Jackson brand. Teas, chai, smoothies and bottled cold coffees are also available.

On the retail side, you can buy everything you need to make coffee at home: bags of Code Black’s latest specialty roasts, coffee grinders, pour-over cones, milk jugs, scales and coffee machines.

This is the roastery’s fifth shop, after its Brunswick HQ, a North Melbourne outpost and two spots geared towards the corporate crowd in the CBD and Docklands.

“The thing about Code Black is it’s very Melbourne, but every location responds to the different part of Melbourne that it’s in,” says architect Kim Lai. “We started by looking at South Melbourne as a place and that’s where the ideas and inspiration come from.”

The once lush and marshy area used to be called Emerald Hill, and green accents throughout – including signage, umbrellas, terrazzo and tiles – reference the name.

“It’s a beautiful space opposite the market,” Davis says. “It faces north so it’ll get great sun all summer, so it’ll be a really nice spot to sit and watch the market happen around you.”

This article first appeared on Broadsheet on October 5, 2020. Menu items may have changed since publication.