A Snapshot of Wine from Around the World at Atlas Vinifera

Pull up a chair at this cosy yet sleek new Richmond wine bar and bottle shop. 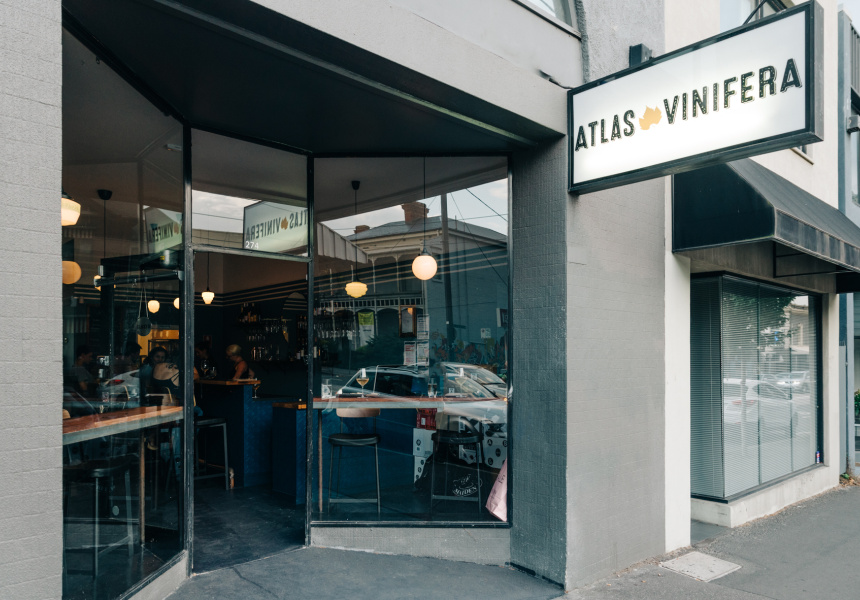 Abby Moret and Rabiya Oeztan were teenagers when they first worked together at the New Zealand Natural ice-cream shop on Acland Street in St Kilda. Friends since high school, they’re once again working side by side, this time at the considerably more mature Richmond wine bar and bottle shop, Atlas Vinifera.

Oeztan has been in hospitality since she was a teenager, most recently as a manager at Sourdough Kitchen in Seddon and White Rabbit Record Bar in Kensington. Moret has worked in different roles in the wine industry since she was 18 – including promotions for the alcohol retailer Vintage Cellars and as an independent consultant.

Atlas Vinfera, which opened in March, is a bottle shop – you can pop in and choose from 350 wines, mostly from smaller producers, and there’s also beer for sale – but it’s also a bar. One half of the single-level store is fitted with racks and fridges lined with bottles, while the other half is a cosy neighbourhood wine bar, with an ornamental fireplace, an old wooden display cabinet and a retro globe with a whisky bottle and glasses hidden inside.

You can buy a bottle, pay corkage and park on a stool at the long countertop bar, or for a more intimate spot, there’s a window-facing bench.

There are 15 by-the-glass options on a menu that changes every month, including a three-wine degustation tasting option that Oeztan describes as “an exploratory flight.” There’s also charcuterie, cheese and antipasto to nibble on.

Wines are arranged by region or type (Rhône, Chablis; alternatives, “Chardy”), with Australian drops scattered among international equivalents. Moret pulls out a recent discovery, a Molino a Vento Nerello Mascalese, which, she explains, grows on the slopes of an active volcano in Sicily – similar in taste to a pinot noir. One of the pair’s domestic favourites is the Yarra Valley Giant Steps, a reasonably priced chardonnay.

“We wanted to create a place where people can ask questions without judgment,” says Moret. “It’s a little snapshot of the world of wine.” 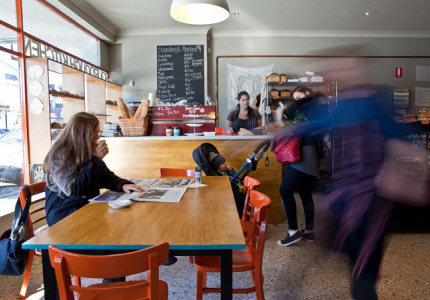