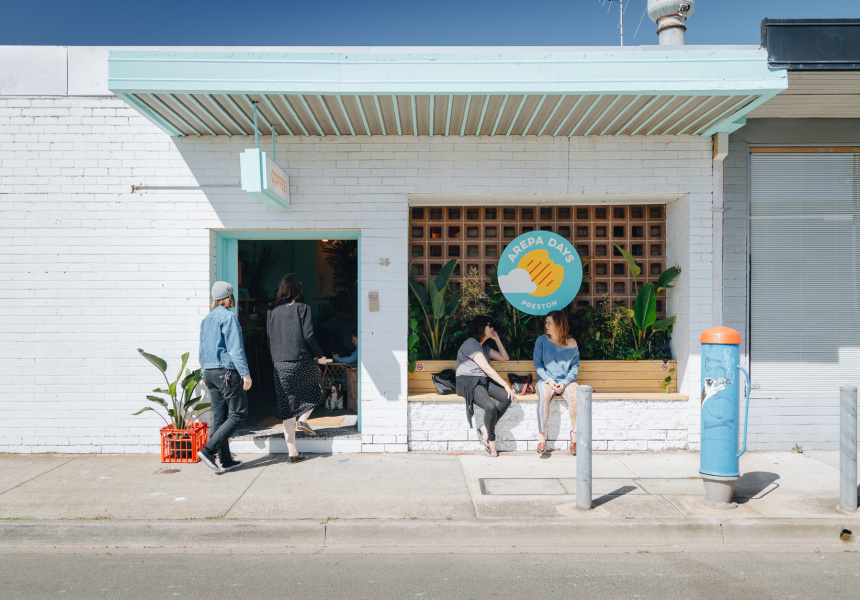 • Some of Melbourne’s best bartenders shared their favourite spring drinking spots with Broadsheet.

• The Broadsheet Kitchen has announced its first resident chef. Get ready for adventurous flavour pairings such as a dessert of frozen bay-leaf custard with a bitter caramel made from sherry and dried olives.

• The owners behind Gertrude Street’s much-loved Colombian cafe Sonido have opened a factory and cafe dedicated to arepas in Preston. The sunshine-filled spot is so cheery in its yellow, white and aqua colour palette it’s almost therapeutic.

• Broadsheet tracked down five of Melbourne’s best steak tartare variations. It’s hard not to fall for the tiny, gem-like cubes with mustard, pickles, capers and egg yolk that make up this classic French number.

• A mysterious Disney-inspired brunch is coming to Melbourne.

• To access EnterViaLaundry, you walk through a residential laundry into the home of co-owner and cook Helly Raichura. Inside you’ll find up to five unfamiliar faces and a 10-course degustation.

• A Weekend With is a dine and dance mini-festival in a 127-year-old former winemaking facility in Rutherglen.