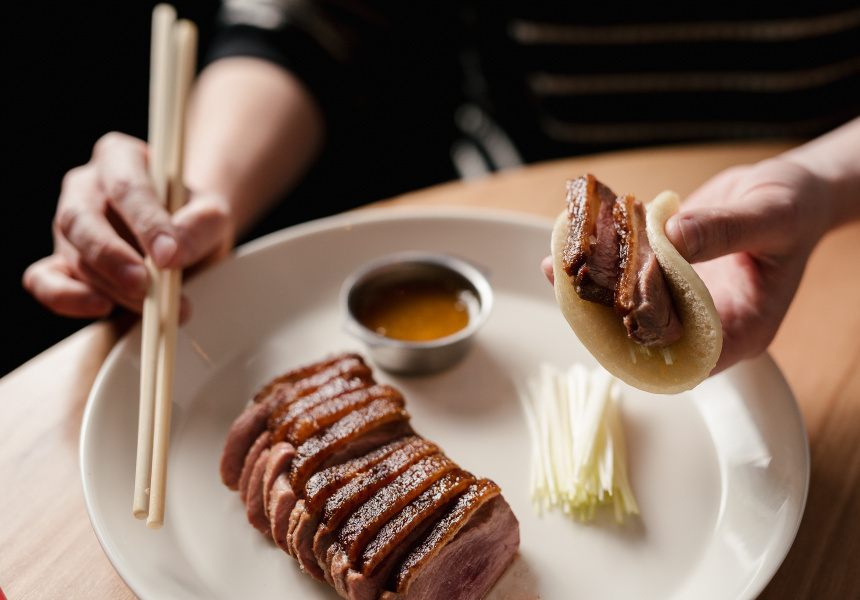 • Collingwood’s Shop Ramen is opening a second outpost in Preston with a few new menu additions, including ramen-fried chicken.

• After three years in St Kilda, Mopho Canteen is expanding too, with a sibling restaurant in South Yarra. It’s all tropical vibes and hearty pho, as is the popular original.

• The team behind Tall Timber and Plain Sailing is back with another cafe: Port of Call has opened by the bay in a former real estate agency.

• Sig. Enzo is a new bar in Brunswick – think Italian cool by a father and daughter team. Don’t miss the meatballs – the recipe comes from a New York institution.

• Contemporary Greek fare – including dairy-free baklava – is the name of the game at newly opened Rebel Blue.

• Bhang’s next Thali Nights dinner will focus on dishes from Kerala, including a green-pea dhal. There’ll be matching beers and Indian-inspired cocktails too. Tickets are $30.

• Julien Moussi (Bentwood and Tinker) has opened his latest cafe in a former milk bar. Stanley is serving up acai bowls and Nutella waffles in Melbourne’s southeast.