• More bottomless booze is on offer at The Provincial Hotel rooftop bar. On weekends, $49 will buy endless wine, sparkling, Mimosas, beer and cocktails, alongside design-your-own crepes.

• Late-night Sydney institution Mr Crackles has launched in Melbourne, with lines out the door reported at up to 60-metres long.

• Collingwood co-working space Worksmith is doling out complimentary Proud Mary coffee today and tomorrow from 8.30am to 3pm. It’s a reusable-cup-only affair though, so BYO or purchase an eight-ounce glass cup on site.

• Cinema Nova-goers have a new post-film dining spot in Alfie’s Wine and Grill, which has set up shop in the former Town Mouse space.

• Keen to reduce your food waste? It’s too late to attend SecondBite’s Waste Not Want Not Gala Dinner, but you can pick up tips from some of the featured chefs here.

• Cumulus Inc. celebrates 10 years of service with the launch of reservations for any number of diners (previously only available for groups of seven and over), and a series of special dishes and offers, including a lunch featuring iconic dishes from the last decade.

• About a year after launching online, wine shop Magnum + Queens has opened a physical store in South Melbourne. 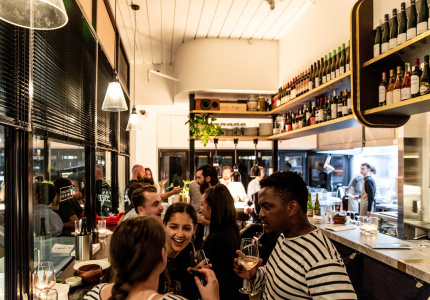