• Africola is one of Adelaide’s – and Australia’s – best restaurants. Lucky for Melbourne, its chef-owner is doing a one-off dinner with Smith & Daughters.

• Mamasita and sister restaurant Hotel Jesus have replaced their walk-in-only stance with reservations. Plus, Jesus is now doing $2 taco Tuesdays.

• What are sea urchins, what do they taste like, and why are they now on menus around Australia? Here’s an explainer.

• One of Melbourne’s best bars has reopened after a major renovation. Take a peek at The Everleigh’s new old-world charm.

• At Pickle in Brunswick East, one of the burgers is stuffed with a South Melbourne Market dim sim. No wonder it’s been packed since opening.

• Rice Paper Sister opened in the CBD, with a "refined and modern" interpretation of Asian food.

• Third Chapter opened in Eltham, with seats for 200. 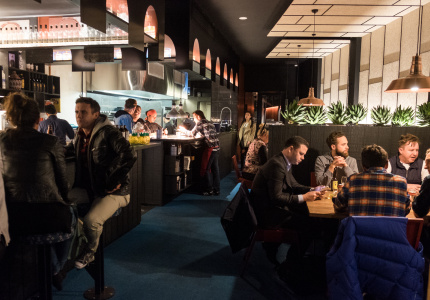