• The Modern Eatery has opened in Richmond, with aburi sushi and chefs who aren’t bound by Japanese tradition.

• Melbourne, meet Dondurma – a kind of Turkish stretchy ice-cream that is the specialty at Cuppa Turca in Northcote.

• More than 20 Melbourne venues have been shortlisted for the Eat Drink Awards. Add them to your to-do list.

• After stints at Vue de Monde, Om Nom and the Ritz Hotel Paris, pastry chef Christy Tania has opened her own shop in Windsor.

• Fed Square’s Transport Hotel is getting a multimillion-dollar renovation. In the meantime, it will be pies and pints.

• Sash Japanese Pizza has opened in Windsor with a chef from Ichi Ni. Expect sushi tacos and two varieties of pizza in a dimly lit diner. 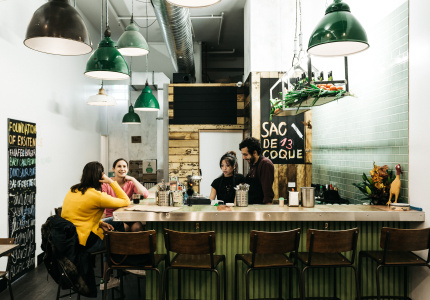