• Florian is a new cafe with an old soul for Carlton North’s leafy Rathdowne Village. These are five things Broadsheet loves about it.

• Nearly $40 million is being poured into a revamp of Queen Vic Market. Here’s the lowdown.

• In a win for alliteration-loving carnivores, Bluebonnet brings back its bottomless barbeque. Permanently.

• Footscray’s Reverence Hotel has been reincarnated as Hotel Westwood, returning live music and cheap tacos to a beloved west-side spot.

• With $5 tapas, $5 wine and $5 Basque burnt cheesecake, it’s no surprise securing a seat at La Pinta in Reservoir can pose a challenge.

• It’s all about the lobster roll at Pinchy’s. But the new Moreton Bay bug roll – where it comes lightly tempura battered with honeydew-and-wasabi relish – could change that.

• Sip a Martini while you get a manicure at Melbourne’s ritzy hybrid beauty-and-cocktail bar. Also: petits fours and cheese platters.

• The wildly popular Night Noodle Markets is returning – but not as you know it – in 2021.

• More noodle news: Send Noods is a one-day festival dedicated to noodles and bubble tea at the Ascot Lot.

• Two of the city’s most promising Filipino chefs (and a Filipina restaurateur) are coming together for a one-off veg-heavy feast. 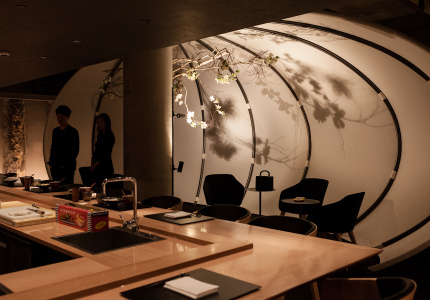