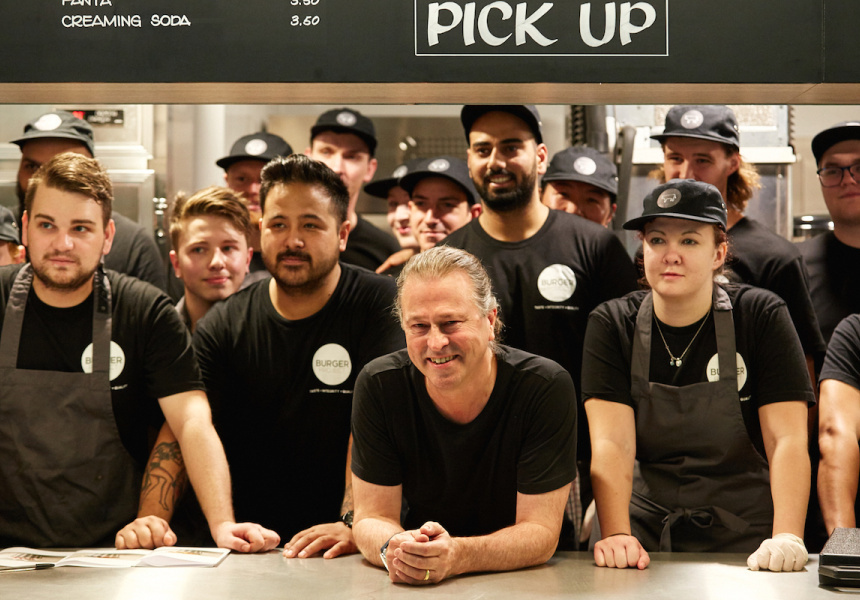 Neil Perry and the team at Burger Project • Neil Perry confirms he’s in discussions to sell a number of his restaurants to Urban Purveyor Group, including Rockpool, Spice Temple and Rosetta.

• The rotisserie chickens are go at Scott Pickett's new deli at the Queen Vic Market.

• SPQR opens in the city, and its wood-fired pizzas – served by the round or the slice – are great.

• A Melbourne cafe offers free burgers for life with a catch – you need to tattoo one on your body.

• One of the world's oldest patisseries, Ladurée, is bringing its macarons to Chadstone.

• As Melbourne cafes keep trying to outdo each other with design and dishes, a very simple toastie cafe opens in Fitzroy North.