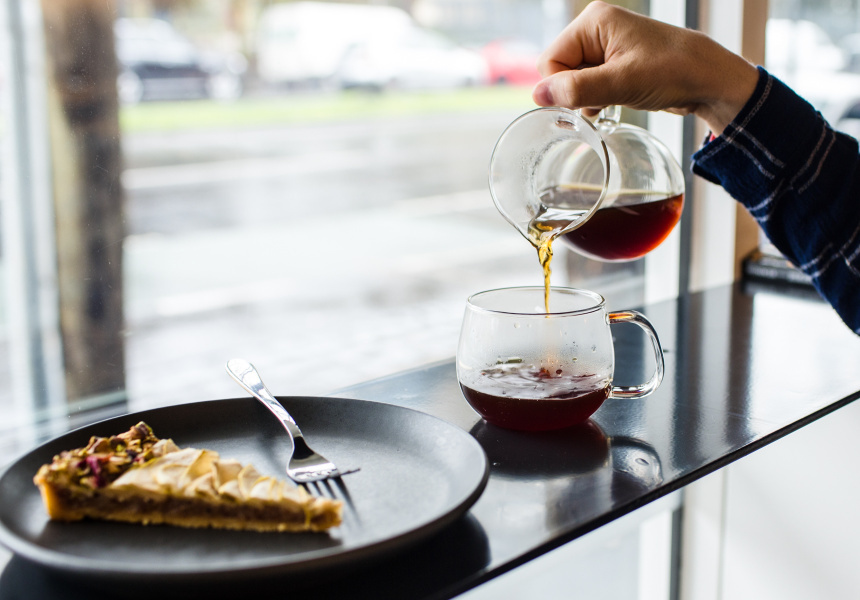 • No one’s saying frosé isn’t a terrible-sounding drink. But mark our words – it will be everywhere this summer, and we’ll all be enjoying it.

• Never had a fish-finger butty? It’s less rude than it sounds, and you can get it at this new English-inspired cafe in Malvern.

• Northcote’s diligently wiping out the scourge of our generation – gluten – with Buku, a new foodintolerance-tolerant cafe.

• This weekend’s Flour Market has also gone gluten-free, as well as paleo, raw, vegan and organic.

• Middletown in Prahran is a cafe that replicates the experience of having lunch in the Duchess of Cambridge’s handbag.

• St Kilda’s popular Vietnamese venue, Uncle, is barrel-aging fish sauce in anticipation of its new restaurant on Collins Street in the CBD.

• You’d Instagram it, but would you eat it? Two Wrongs is testing the bounds of the zeitgeist with a confronting new rainbow jaffle.