Sleek and Seasonal in the South 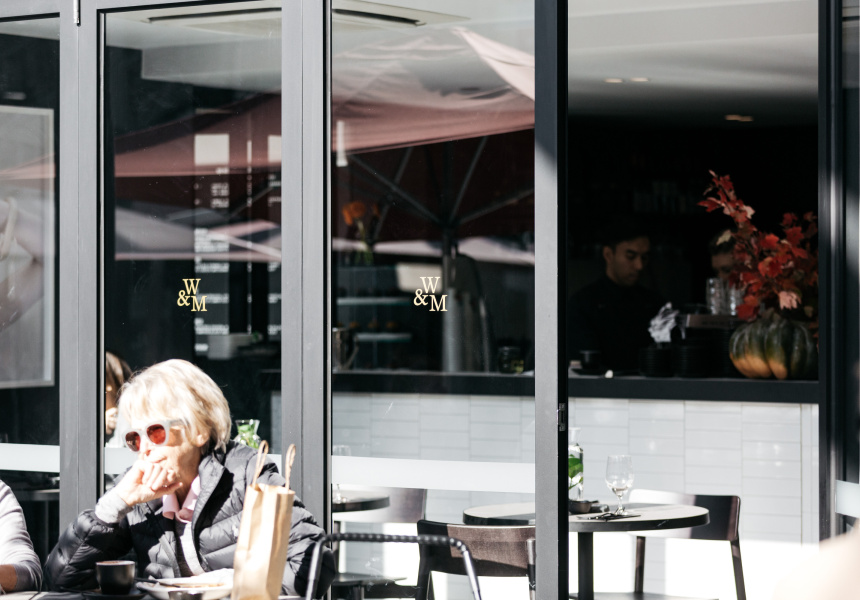 British-born chef and restaurateur Paul Wilson is fastidious about ingredients and where they come from. Every few weeks he heads to the small biodynamic Transition Farm, on the Mornington Peninsula, where he sources most of his fruit and veg for his new cafe at Prahran Market.

“As a chef, there’s nothing more exciting than seeing your food grown," he says. “The most excitement comes from the ingredients that change." His largely vegetarian breakfast and lunch menu is due to rotate four times a year, which will be represented by cover art – currently an autumn fig – by the late Melbourne-based Scottish artist David Band.

The cafe is the second of a three-part rollout of Wilson's sprawling Prahran Market eatery Wilson and Market, which began in March with the literal hole-in-the-wall takeaway spot Mr. Wilson’s Tuckshop. The third and final instalment is the brasserie, which opened in June. The cafe opened in early May.

Breakfast options include bread and pastries; seaweed pancakes with smoked ocean trout (a mild, buttery slab that can be ordered as a side too), horseradish and pickled cucumber; and a bacon and egg roll with Otway Pork that Wilson cures and smokes himself. Or there’s the coconut Bircher muesli with fruit, plus native muntries that Wilson buys from Matthew Koop, a local forager.

You’ll lick the spicy tomatillo verde off the plate, and demolish the Scotch eggs with housemade relish. The beauty of breakfast here is that it has everything you want it to but (thankfully) it looks and tastes different to the carbon-copy brunch list you now find at almost every cafe in Melbourne.

On the lunch side, Wilson marinates green cauliflower in spices before popping them in a massive wood smoker for around five hours. The dish is served with coconut yoghurt and a kale and quinoa salad.

For the ribollita soup with black Tuscan cabbage, Wilson adds two-day poached Sommerlad chicken that he gets from the Milking Yard Farm, just outside of Daylesford. The rare chook is said to be Australia’s answer to the coveted French Bresse and retails for almost $30 per kilogram.

The cafe and brasserie are divided by the large white-tiled Luxe Bar, which stays opened long after the last market vendor has packed up. Here, Australian liquors take pride of place, including Four Pillars gin and Archie Rose vodka, which Wilson puts into the Bloody Caesar, a spicy tomato gazpacho-Mary with smashed parmigiano and anchovies.

As Wilson puts it, a “good way to start the day.”