The Smith Reopens After a Dramatic Multimillion-Dollar Refit

Pink walls, a retractable roof for summer and a bar inspired by Los Angeles are all part of the new look. 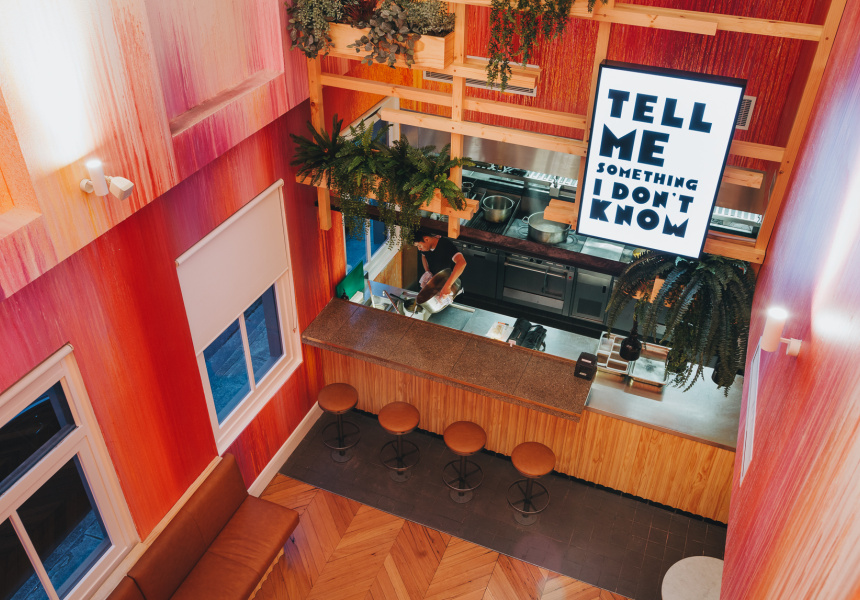 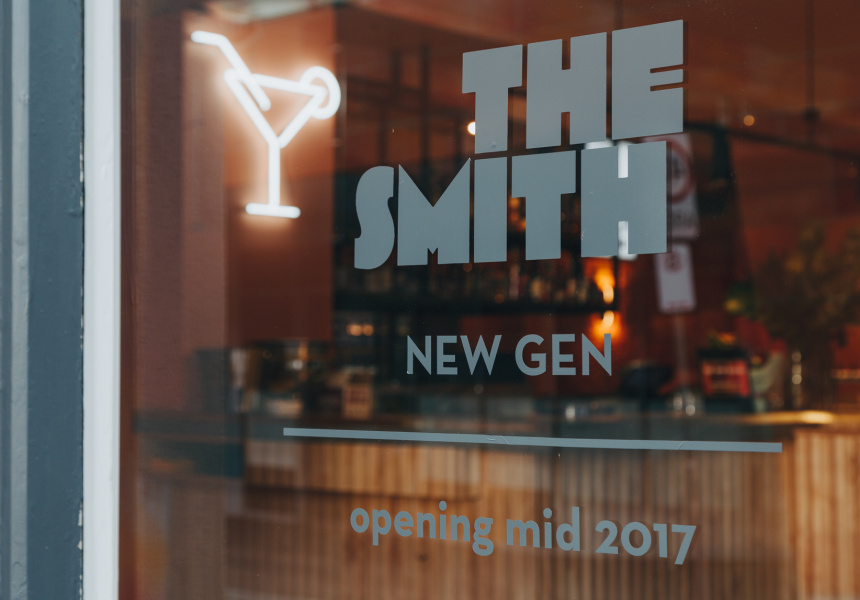 The Smith closed in December last year for a major refurbishment that has seen the Prahran pub double in size. And that’s not all. It’s fair to say The Smith you knew is gone. In its place? An interior splashed with purple and pink, a retractable roof for summer, a huge new bar and a new menu.

"We didn’t realise the enormity of the renovations until we started undertaking them,” says co-owner Michael Lambie. “The facade of the building we bought [next door] had to be retained as it’s heritage listed, so a lot of time has going into working around it.”

You’ll see classic Art Stevens Cabinetmakers signage on the outside, but the interior has been transformed by design firm March Studio.

The restaurant space is dominated by the work of local artist Ash Keating, who has sprayed the walls in his signature explosions of pink, yellow and orange paint.

Los Angelean hotels and bars, where the owners (Lambie, Scott Borg and chef Brad Simpson) spent time on a recent research trip, were the inspiration for The Smith’s new atrium bar.

The space is made up of clusters of chairs and booths, surrounded by concrete pipes repurposed into plant pots. A retractable roof has been installed, which will open all the way up in the summer months.

Lambie began his hospitality career as a 12-year-old at his parents’ pub in Essex in the UK, later finding a mentor in legendary chef Marco Pierre White and acclaim at Lamaro’s. He also worked for the Van Haandel Group, which owns the Stokehouse.

“I find a lot of young chefs now are trying to be extremely creative. They wake up and want to serve a crocodile Carpaccio or something like that. Invention is great, but we are focusing on serving up food people really want to eat.”

Simpson spent seven months visiting farms and producers around Victoria ahead of the launch to choose which produce would feature on the new menu. Hiramasa Kingfish from South Australia appears as a starter served with jalapeno, Thai basil and coconut. Flinders Island lamb shoulder comes with spiced eggplant and a Tahini tofu dressing.