One of Melbourne’s original specialty coffee roasters is back in the game – and it’s already planning a follow-up cafe in the CBD. Step in for wattleseed pains au chocolat, salted-choc rye cookies and one hell of a pastrami sandwich. 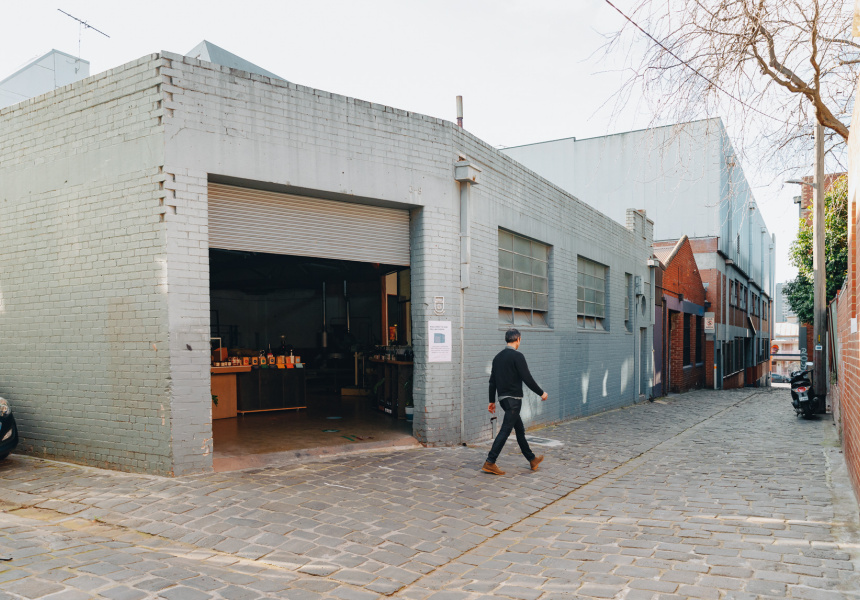 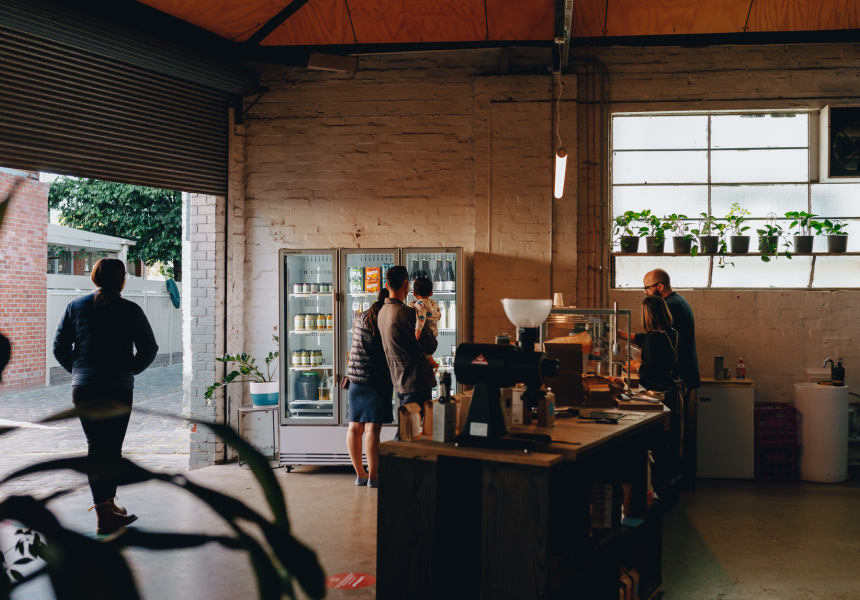 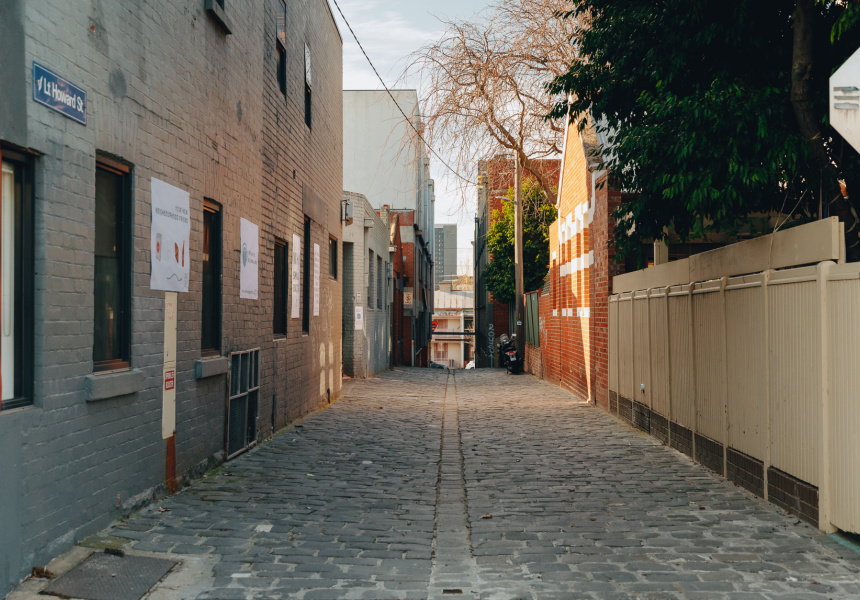 “For ages we’ve been hiding away in this warehouse doing our thing,” Kelly says. “Up until a year ago, two-thirds of our staff was focused on green-coffee buying. We’ve always been a coffee-roasting company that’s busy elsewhere.”

That changed three weeks ago, when the crew tidied up the warehouse and hoisted open its roller door to create Small Batch Cellar Door – a petite takeaway spot that sells espresso, filter coffee, pastries, sandwiches, beer, wine and various pantry goods. Nearly everything is house-made.

While this tiny space – little more than a counter, espresso machine and two display fridges – is unremarkable in itself, it’s the start of a new chapter for Small Batch.

As a coffee roaster, the company has always had an admirable focus on ethical and sustainable practices. Which is to say, paying fair prices for crops raised in healthy soils. Yeah, we know – everyone claims to care about and excel at this stuff nowadays, but Small Batch is one of the few roasters that actually does. Now it’s bringing that same ethos to other products.

Small Batch’s debut wines are a biodynamically farmed Adelaide Hills riesling made by Arc Wines, and a Macedon Ranges cabernet sauvignon made by Le Timbre. Both are unfined, unfiltered and sold in reusable bottles, with $5 cash back for every one returned to Small Batch Cellar Door. Kombucha, kefir and mead are up next.

Those two display fridges are stocked with Small Batch’s own sauerkrauts, pickles, relishes and other fermented veggies, all sourced from some of Victoria’s best small growers: Somerset Heritage Produce, Peninsula Fresh Organics and Day’s Walk Farm. Then there’s beer from Fixation, milk from Tarago Valley Organics (also sold in returnable bottles) and cartons of eggs from Honest Eggs Co, a truly free range operation that keeps just 30 hens per hectare.

Next to the fridges are two-litre casks of Mount Zero olive oil and jars of raw honey from Kelly’s own property in Guildford, near Castlemaine. House-made organic miso is coming soon.

For most visitors, the real action is in the pastry cabinet. Baker Charlie Duffy, formerly of Tivoli Road Bakery, is working out of the forthcoming Small Batch by Small Batch, a two-storey cafe and production kitchen in the CBD, slated to open next month.

His wattleseed pain au chocolat is already a hit with locals, but has competition from spelt croissants, salted choc-rye cookies and canelés made with beeswax from Kelly’s aforementioned hives.

On the savoury side, look out for cheesy twists containing L’Artisan raclette and gruyere plus a hint of fermented chilli, and sandwiches on Baker Bleu bread. At the moment there’s a stacked Warialda beef pastrami sanga with Small Batch red fennel kraut, Small Batch pickles, mustard and gruyere. This is the kind of comeback material John Farnham would kill for. 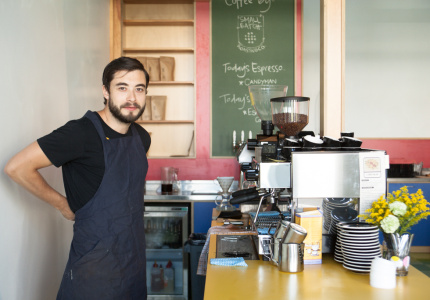