SMÄK Opens in the South

Fancy some protein cooked in a temperature-controlled water bath? 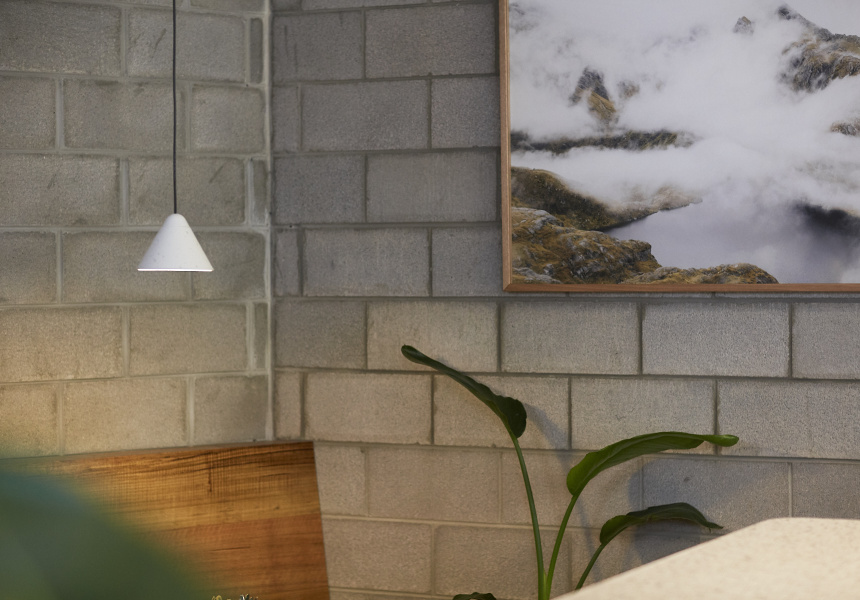 A new South Yarra cafe from hospitality newcomers Tom Fissenden and Callum Ellis, SMÄK (the Norwegian word for “taste”, and pronounced “smark”) is backed by Brett Graham and Rob Lowther (Rita’s Cafeteria, Lorne’s The Bottle of Milk and Pizza Pizza).

The space, which commits firmly to the minimalist trinity of polished concrete, blond wood and greenery, was designed by Studio Ole. Fissenden, who used to be a carpenter, helped with the build.

Fissenden is also a former triathlete. He believes there is space in the market for a cafe that is healthy, but still “upbeat and cool”. Together with head chef Mel Rajic (ex-Proud Mary, St ALi) and food consultant Yenni Gunawan (ex-Rockpool), Fissenden has designed a menu based around nutrition.

For breakfast, there’s an egg-white and “cauliflower rice” (finely chopped cauliflower) omelette, topped with tomatoes, sprouts and avocado, and served with house-baked, gluten-free nut bread. There are buckwheat macha crepes, with berry ricotta, lime-coconut sorbet and lemon curd. There’s also quinoa porridge or granola with your choice of almond, soy or cashew milk.

For lunch and dinner there’s a salad section and a protein section on the menu, so you can mix and match. Salad options include roasted pumpkin with eggplant, red rice and yoghurt dressing, and orange-poached beetroot with thyme carrots and an avocado dressing. The protein section, much of which has been cooked sous-vide (in a temperature-controlled water bath), lists coffee-rubbed scotch fillet; juniper berry-braised lamb; and hickory-smoked salmon. All ingredients are sourced as locally as possible – most from within 100 kilometres of the cafe.

Once all the dishes are completely finalised (they’re still tweaking them a little), Fissenden and Ellis will start listing the nutritional values of each meal on the menu. They hope to turn this into a cookbook.

“We really want to be transparent, with everything we do,” he says. 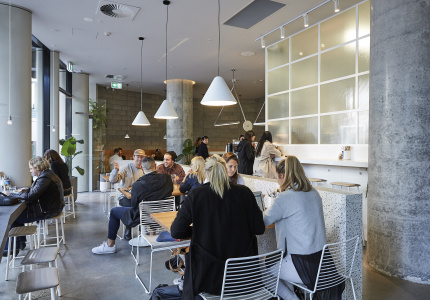 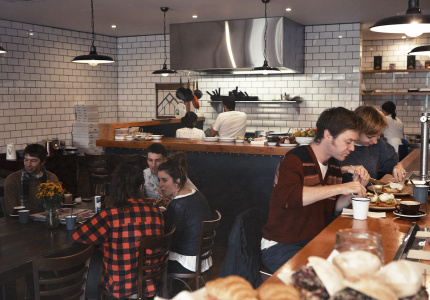