Six Businesses and One Mathis

If you don’t know the name Paul Mathis, no doubt you will hear it this year. 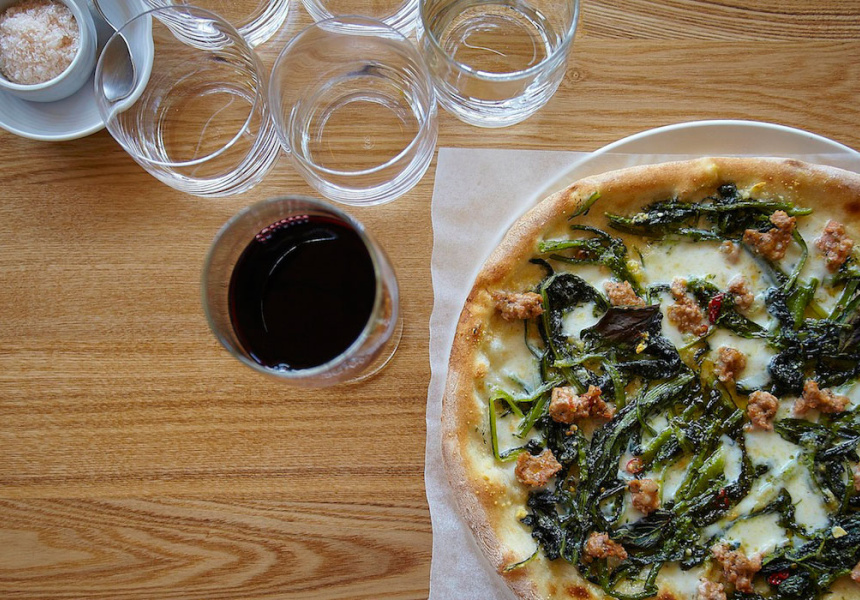 While the name Paul Mathis may not ring bells for everyone, for others many it’s a name synonymous with the Melbourne hospitality scene. Venues like Blue Train, Automatic, Taxi, Transport, Soul Mama, Chocolate Buddha, SOS and the 100 Mile Cafe had strong influence on our dining culture during the last two decades, mainly by creating cultures of their own. Transport was boozy, Soul Mama vegetarian and SOS was all about sustainable seafood.

Around four years ago, Mathis started to pull back from the industry, shutting up shop on 100 Mile Cafe for good in 2010. If you haven’t heard of him up until now, it’s about to change as 2012 sees Paul Mathis back with six new businesses opening this year and a fresh focus on this ever-evolving city and vibrant restaurant scene.

“This industry is harder than ever,” says Mathis as we sit down to chat at one of his cafes, Coffeehead in Camberwell. Why then, are so many cafes and bars popping up left, right and centre? “Hospitality offers something that a lot of other industries don’t and that is informality,” he continues. “A lot of people get into it because it affords them a sense of freedom of expression and allows them to be themselves.”

This freedom of expression has been a key factor in Mathis’ creative and business vision. He has strong environmental beliefs, which were triggered by watching a documentary about the state of the Earth back in the 80s. “I watched a documentary called Fragile and I remember being shell-shocked at what was going on on Earth.

“At the time I had some cafes and from that moment on I became green in my mind and decided to be as generous to the Earth as I possibly could. Bluetrain [which he opened in 1992] became 60 per cent vegetarian, which was unheard of back then.”

Mathis sold Blue Train in 2001 and made a mark in fine dining with Taxi in Federation Square through the 00s, going onto tackle Asian food at Chocolate Buddha and a completely vegetarian business with Soul Mama. He made a very loud statement in 2006 by opening SOS, a cafe focusing on sustainable seafood, something that everyone talks about nowadays. But six years ago, people didn’t seem to want to listen.

“It blew up in my face,” he says. “We blew our own trumpet too much,” referring to confronting ads in the paper about decimating the ocean if we’re not careful. “What we were doing was unknown then, and not talked about. Environmental issues had become a hot potato then and I jumped on that hot potato bandwagon...now I’ve decided I’m never going to jump on that bandwagon again.”

In saying that, Mathis still lives a life of environmental awareness. He isn’t vegetarian but calls himself a “considered meat-eater” and Coffeehead is dressed in reclaimed fittings and recycled timbers. But this time he’s not shouting it from the rooftops; it’s just a part of who he is and how he operates.

The end of 2011 saw Mathis open pizzeria Fire Chief in East Hawthorn with the cafe, Goldilocks, just behind it. There’s Coffeehead, Henry & The Fox in the city and two restaurants in South Wharf (The Sharing House and Aka-Chochin), due to open this month.

“I’m really comfortable with this [The Sharing House] concept. We’re taking classics, pies, roasts, lobster thermadore, fish meunier and bringing them down to a sharing size. There’s about 50 items on the menu.” Aka-Chochin will be “The Sharing House in Japanese, the same concept of sharing plates with authentic Japanese beers, sakes and dishes.”

Even after chatting to the ever-enthusiastic Mathis, you can’t help but think that six businesses is a lot to take on. Why so many, all at once? “That is the conundrum that is me, I don’t really have a good enough answer other than to say that when I started on this journey back then I was pulled in two or three directions,” he smiles.

And with the Melbourne hospitality scene buzzing more than ever, Mathis is thrilled to be back. “It excites me, it’s amazing,” he enthuses. “There are incredible operators doing great things with food.”

And food is what Mathis knows. “You’ve got to stick to your ‘knitting’, stick to what you know,” he pauses. “I don’t know how to be anything else.” 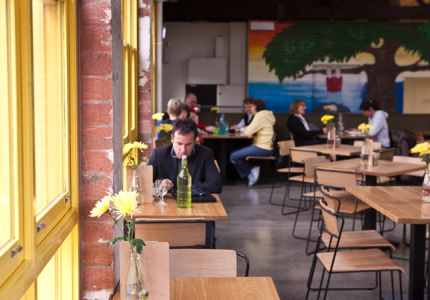