In just 18 months Small Axe Kitchen has become a daytime favourite in the north. Now it’s serving pasta in the evenings, too. 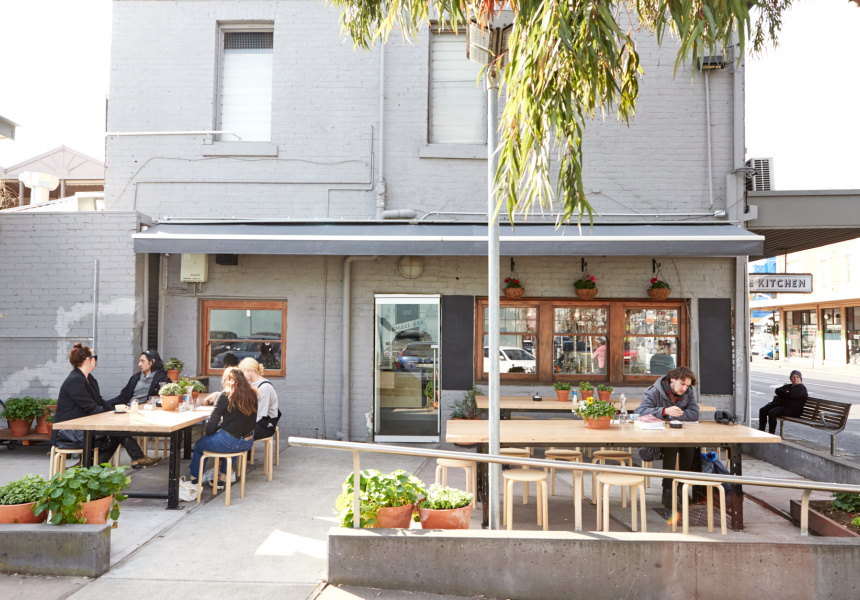 It’s been a year and a half since Small Axe Kitchen started serving its breakfast pasta. And since Italian in the morning’s proven so popular, it thought it would try a night-time service as well.

An all-day diner was always on the cards for owner-operators Kirstyn Tate and Adam Pruckner.

“Right from the beginning, when we were talking with the designer about the space, we were thinking about the transition from day to night,” says Tate. “But we waited until we were really happy with where the days were at and then decided to embark on the evenings.”

The team tested Brunswick’s appetite for evening dining with a series of 10 pop-up dinners last year. Their success convinced Pruckner and Tate the timing was right.

“People sat down at big long tables all squashed against strangers they didn't know and ate together,” she says. “It was a really awesome vibe. And we saw that it worked and we saw that the space changes into night time quite well.”

The emphasis on passing plates across long tables continues with the official dinner service; there are antipasto dishes such as potato croquettes with parmesan mousse, chargrilled sardines with green olive tapenade and golden raisins, and fior di latte with black rice, all designed to be shared.

More substantial dishes include pastas (spaghetti with prawns and pistachio pesto, a rigatoni with a braised pork and veal ragu), chargrilled octopus with ‘nduja and squid-ink mayo and a barbequed spatchcock.

The dessert section draws on Sicilian talent. There’s a house-made almond-milk pudding dressed in torrone, a pistachio praline. “I’m a sucker for that stuff,” says Kirstyn. “Anything with torrone on it is a goer in my book.”

Remember also that Small Axe is licensed and all of the above can be enjoyed with a bottle of Italian plonk or a jug of Sicilian Punch – raspberries and mint floating in prosecco and limoncello.

For those who prefer their pasta in the morning, there’s no need for concern.

“Whenever we say we have a new menu people freak out and think the breakfast pasta has been taken off,” Tate says. “But it will never be gone. It's a permanent fixture. It's not going anywhere.”

This article first appeared on Broadsheet on June 27, 2018. Menu items may have changed since publication.