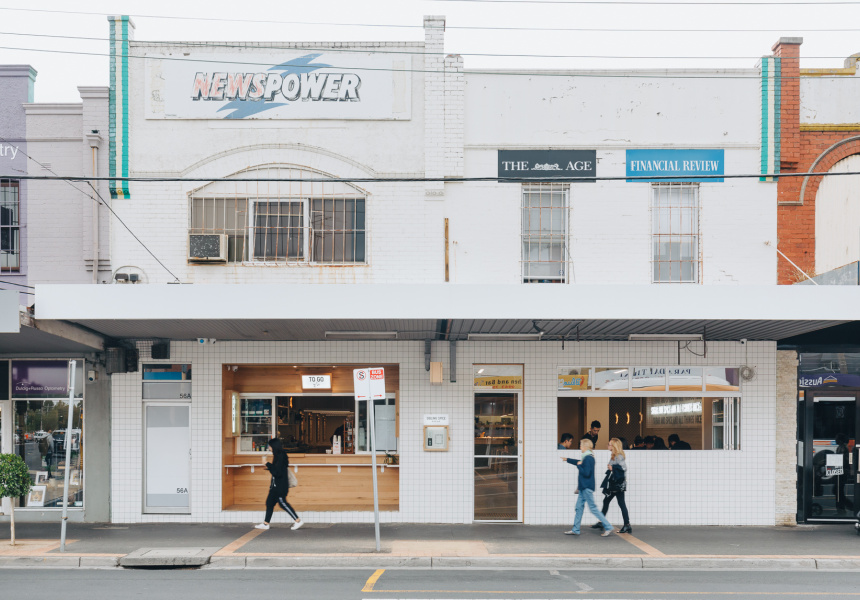 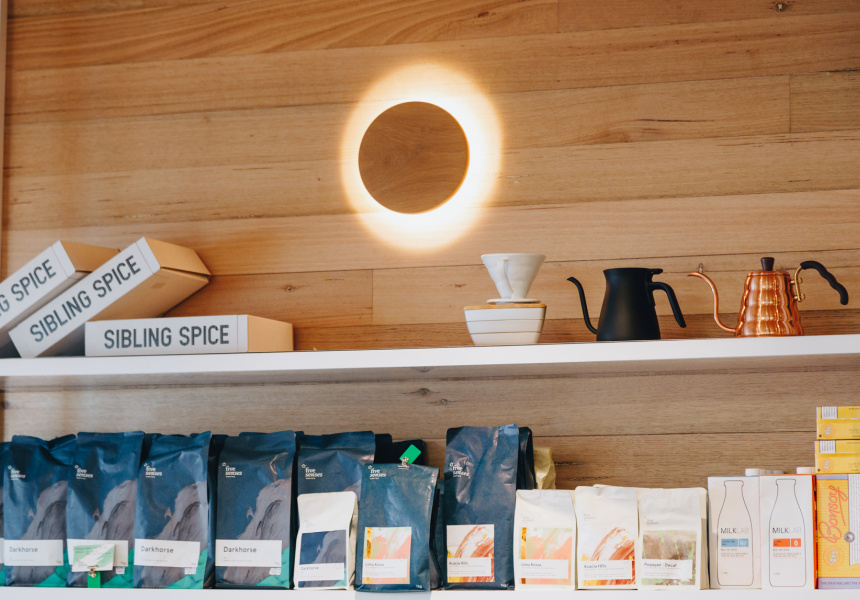 It’s hard to miss Sibling Spice as you drive or walk down Koornang Road. Embedded in its clean, white-tiled facade, there’s a sizeable timber box commuters can step into and receive their takeaway coffee before hopping on the train at nearby Carnegie Station.

Enter the door beside it and you’ll find an expansive eatery doing “Melbourne-style dishes, with Asian flavours mixed into them,” according to co-owner Bee Ekkittibutr.

“My family and I have run Paradai Thai [across the road from Sibling Spice] for 10 years. It was owned by my parents, who then passed it down to my husband James and I,” she says. “We wanted to leave our own mark on the area though, and offer something different to Koornang Road.”

And different it is. The space is reminiscent of a school cafeteria, with large communal tables and booths. Smaller nostalgic details include shelves filled with schoolbooks and white chain-link fencing to separate the booths. Sketches of little kids are etched on the insides of coffee cups and reveal themselves as you sip away. Graphic designer Pop & Pac came up with the theme (inspired in part by Ekkittibutr’s young children) and Studio Y executed it.

The menu is varied. Breakfast might be a croissant with smashed avocado, dukkah, balsamic glaze and a poached egg; a Hong Kong-style egg waffle with strawberries, raspberry coulis and the ice-cream of the day; or breakfast ramen.

“After Hammer and Tong closed down I found it hard to find great breakfast ramen – so we did our own spin on it here,” Ekkittibutr says. This version has a 65-degree egg, sautéed mushrooms and bacon in a smoked-bacon broth. (There’s a ramen bar across the road, but it doesn’t open until midday).

Espresso is made with a customised Synesso MVP coffee machine. And when it gets really busy, the baristas have help from an Übermilk – a fast, automated milk-frothing machine designed in Germany. If commuters miss their trains, it won’t be because Sibling Spice was slow on the coffee. 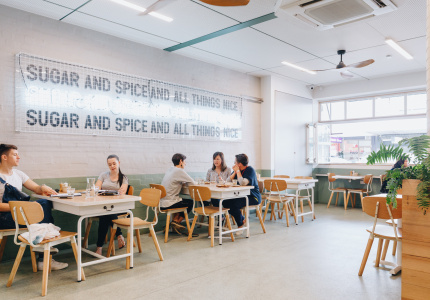