From the man behind St Jerome’s Laneway Festival and Ponyfish, this sprawling family-friendly spot will also have pork-stuffed breakfast banh mi, a prawn shack (with buckets of prawns for wholesale prices), and zingy sour cocktails with Earl Grey gin liqueur and limoncello. 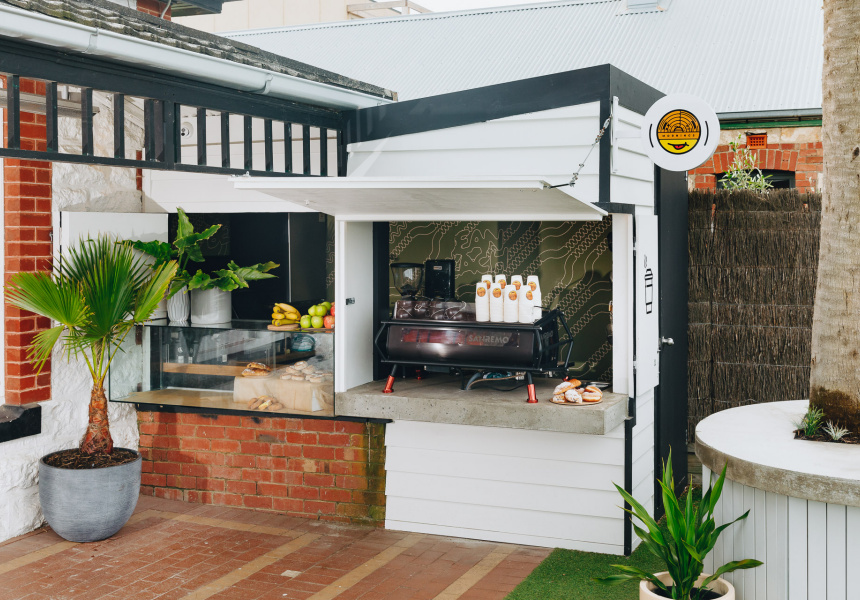 Since moving to the Mornington Peninsula, Jerome Borazio (the “Jerome” behind St Jerome’s Laneway Festival, as well as St Jerome’s – The Hotel, Ponyfish Island and Back Alley Sally’s) found that whenever he craved a killer Asian feast, he ended up Melbourne-bound.

So, he and Mornington mates Mark Hinkley (The Emerson) and snowboarder Scotty James are filling the gap themselves, bringing a bright, casual bar and eatery to Sorrento. At the soon-to-open Ocean Beach Pavilion, shoes might be optional, but a topnotch Southeast Asian menu is guaranteed.

The family-friendly, indoor-outdoor space – in a former brewhouse on Ocean Beach Road – currently has room for 150 people, with scope for more when restrictions ease. There’s a spacious, coastal-inspired mess hall; a sunny deck dotted with palm trees; and an easy, breezy lounge area (with a playground to keep the littlies occupied).

Most impressive, though, is the name behind the menu. The guys have recruited celebrated restaurateur Teage Ezard (Gingerboy, Ezard at Levantine Hill and the now-closed Ezard) to bring his vibrant, Asian-inspired cooking to OBP – with an out-of-town spin-off called Gingergirl.

“I’m a fanboy,” says Borazio. “I’ve dined at Ezard, Gingerboy and Levantine Hill for decades. His food really lends itself to [a] coastal environment, and there’s obviously nothing like it down here.”

And that Southeast Asian influence bleeds into the morning menu, which will feature a breakfast banh mi with pork, a fried egg, hoisin and pickled carrot and daikon, and scrambled eggs with curry leaves, roti and herby yoghurt.

Out back will be the Prawn Shack, where you’ll be able to pick up buckets of fresh Mooloolaba prawns – at wholesale prices – for dine in or takeaway.

Drinks-wise, while the list is still being tweaked, expect local wine, craft beer and creative cocktails – such as a zingy sour with Earl Grey gin liqueur and limoncello, and a refreshing Highball with Japanese whisky and plum wine. 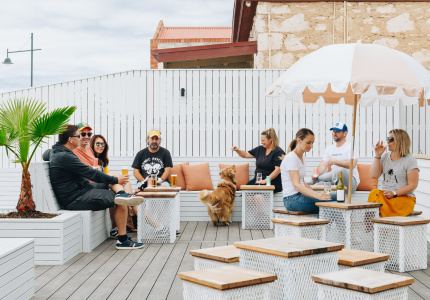