Sharpen Your Skills at Urban Kitchen

Ever wanted to learn how make your own mozzarella? Or butcher a chicken? This new cooking school teaches real skills that’ll stick. 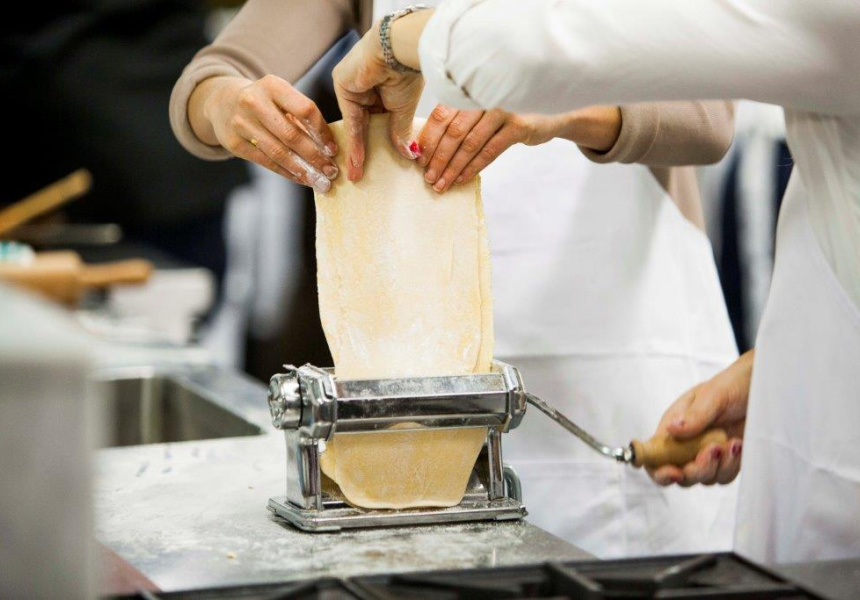 “I realised there was a need for classes that were based around learning real skills and weren’t just about entertainment,” says Urban Kitchen’s culinary principal, Emma Rosen. “At Urban Kitchen, students aren’t just watching a demonstration and having a glass of wine afterwards, they’re having an interactive, hands-on experience.”

Located around the corner from South Melbourne Market, the school’s commercial-grade kitchen stretches over 250 square metres and features 44 individual cooking stations, each with its own stovetop and oven.

Public classes will run two-to-three times a week and will be hosted by high-profile chefs, artisan professionals and “local culinary heroes” who will roam between cooking stations, offering students individual assistance and advice. Depending on the class, students will be able to take home their creations, or else be treated to lunch or dinner afterwards.

The diverse classes range from a Duck Masterclass held by The European’s Ian Curley, to Chocolate Truffle Making by Christina Tantsis from Sisko Chocolate. Kicking off classes will be Jerry Mai from Pho Nom, who will hold a three-hour session teaching participants about traditional Vietnamese street food.

As well as public classes, Urban Kitchen offers private events and team-building sessions, where teams can complete their very own Mystery Box challenge, or Amazing Food Race, where participants find supplies at nearby South Melbourne Market before embarking on a head-to-head cook off.

As well as one-off classes, a series program will be offered, meaning students can return to build on previously learned skills.

“We’re trying to launch something in Melbourne that people can come back to again and again, because they’re attracted to a curriculum that’s very engaging, dynamic and filled with real learning,” Rosen says.