And she wants you to host a dinner party using her low-cost recipes. It's all in support of The Sacred Heart Mission, to raise funds to help homeless Australians. 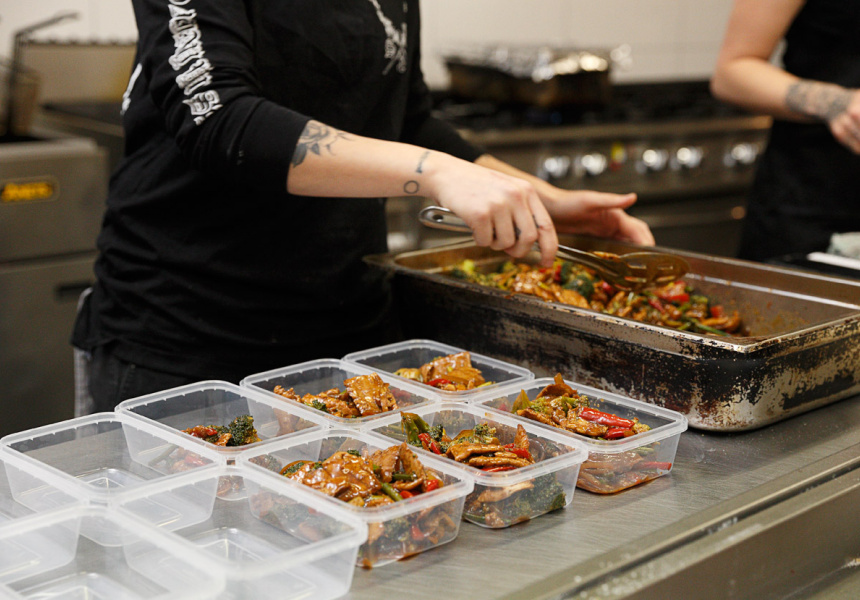 Four dollars isn’t a lot of money. But the Sacred Heart Mission cooks nutritious and balanced meals with that amount every day of the year, serving up to 400 dishes a day to Melburnians in need at its St Kilda Dining Hall.

To keep that up for another year Sacred Heart Mission needs $730,000. So, its enlisted chef Shannon Martinez (Smith & Daughters, Smith & Deli) to create delicious $4-or-less recipes. Each one can be made easily at home with widely available ingredients.

"As a chef, the idea of anyone going without food breaks my heart,” says Martinez, who’s known primarily for her pioneering plant-based cooking, and is this year's ambassador for Mission's annual Dine with Heart fundraising campaign.

Some of the recipes are spur-of-the-moment dishes with what Martinez has in her pantry. Others are cheaper re-creations of dishes served at her restaurant or at her takeaway spot, Smith & Deli. One coming soon is a red lentil dal based on a dish from there. Martinez is posting her recipes to Instagram, and is also challenging other chefs and friends – vegan and not – to make their own $4 dishes. She’s already tagged food writer Melissa Leong, and chefs Duncan Welgemoed (Africola) and Daniel Dobra (St Ali).

“I reckon it’s gonna be a bit crazy. Nobody’s safe, I want chefs all over Australia to do it,” she says.

At home, you can host your own fundraising dinner, cooking $4 recipes, charging friends and family for the experience and donating the proceeds to the campaign. Martinez is also working with the Mission’s Women’s House to bring disenfranchised women to the markets, help them shop for food on a budget, and teach them to cook simple and healthy meals.

"Fundraising [alone] can't really change the circumstances of these people affected by homelessness … I want to make an impact on someone's life that will really affect the way they live," she says.

The 2016 census puts the number of people experiencing homelessness at more than 116,000, and Martinez knows nutrition isn’t always a top priority for people affected by homelessness, who often just want to be able to eat, and don't have the option to cook.