Shannon Bennett talks us through his latest (and by far grandest) project, Burnham Beeches, the first phase of which opens this weekend. 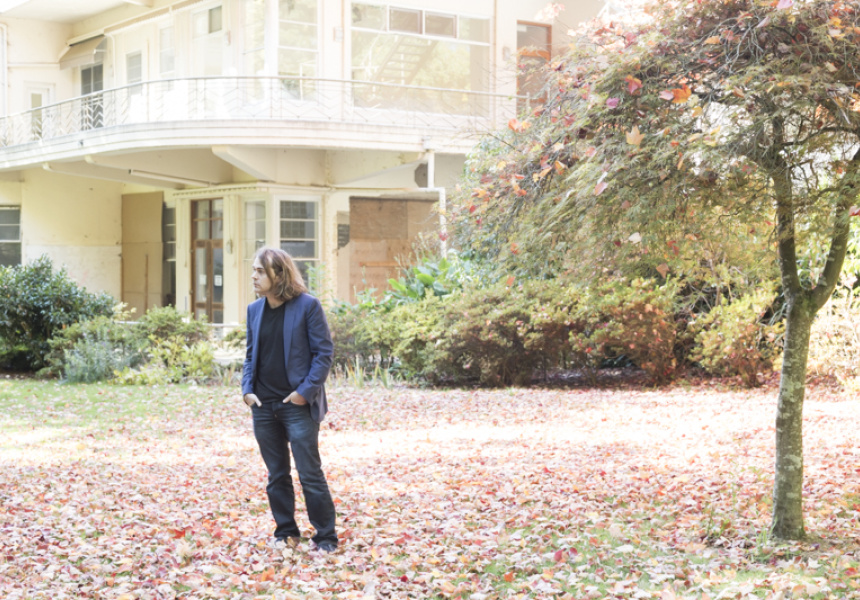 A luxury boutique hotel with on-site artists’ residences. A brewery. Four eateries. A trufferie. An emu farm. These are just a few of the plans underway for the latest (and, by far, grandest) project from empire-building chef and restaurateur Shannon Bennett. This is his self-proclaimed “gastronomic village” at the historic Burnham Beeches estate in the Dandenong Ranges.

Bennett’s plans are wide-ranging and visionary, and include rooftop croquet lawns, self-sufficient ‘closed-loop’ sustainability initiatives and Australia’s most expensive hotel suite. But as we discovered, at the heart of it all is a desire to breathe life into a neglected icon and, above all else, create something world class and truly special.

For a man yet to hit 40, Bennett has achieved success enough for someone twice his age. Growing up in Melbourne’s then-unfashionable western suburbs, he got his initial taste for the buzz of hospitality in his first job, at McDonald’s. “I was desperate to get a job there. I was encouraged to lie about my age so I could get the job,” he says, adding, “it taught me a lot about running a business.” He then worked his way into several “character building” positions in highly competitive kitchens; first as an apprentice at Melbourne’s Grand Hyatt and later doing gruelling stints at Michelin-starred restaurants in the UK and Europe.

He now owns a healthy (and growing) stable of businesses which includes Vue de monde, The Lui Bar, Bistro Vue, Café Vue (in four locations) and a commercial bakery, with another new cafe, Jardin Tan, due to open this winter at the Royal Botanic Gardens. Despite all that is on his plate, in person Bennett is thoughtful, calm and focused, though one could be forgiven for being overwhelmed by the gravity of his acumen and ambition.

As Bennett walks us through the impressive grounds of the 23-hectare estate, with its stately gardens and deciduous trees on the edge of Sherbrooke Forest, it becomes apparent why he’s so passionate about the project.

“We’re trying to make it unique internationally,” he says of his plans for Burnham Beeches. In good news for locals, the benefits of Bennett’s lofty vision will by no means be restricted to the global elite. In stark contrast to his glamorous flagship, Vue de monde, much of the Burnham Beeches experience will be accessible to all; young, old, highbrow, backpackers, bushwalkers and struggling artists (part of Bennett’s plan is to run annual scholarships and residential stays for talented, fledgling artists from around the world). With plans for a growers’ market, several casual eateries, lawn bowling and even low-cost eco accommodation all in the mix, Bennett’s dizzying swag of proposals for the bucolic estate are refreshingly accessible – with something for everyone, not just the moneyed few.

“Everything I want to do here is based on what I enjoy doing on my days off,” says Bennett. “I think that idea is nicely embodied in the brewery we have planned. There’s nothing better than having a go at brewing your own beer. I’ve had a crack at it myself at home a few times. We’ve got a hop farm on site, so why not?” Sounds simple enough. And for someone with Bennett’s passion, business nous and sound capital backing, it shouldn’t be too much of a stretch.

In June, phase one of the project opened: The Piggery Cafe and Burnham Bakery, which both play a role in the overall business strategy behind the development. As Bennett explains, “the popularity and the success of this phase will [financially] activate the next stage.” This will incorporate the brewery, a steakhouse, a 16-cow automated dairy and later, the conversion of the original Art Moderne mansion into a six-star, all-suite boutique hotel in 2018.

This is a man who travels a lot, and Bennett rues the absence of accommodation that can create a sense of surprise and “tap into the personality” of guests, in the way that hotels did in years gone by.

“I think people like an understated luxury these days, rather than opulent, Versace-style luxury. So here you’ll be able to work with us in the gardens if you wish … it’ll come off your hotel bill.” It’s the type of experience that – up until now – money couldn’t buy. And it’s precisely this, the sense of a customised experience that is meaningful and personalised, that Bennett is so keen to create for guests.

Built in 1933, the mansion was originally home to the Nicholas family, founders of the Aspro brand. It has also served as a children’s hospital, a research facility and a posh country club. In its heyday it was one of the most expensive properties in the country, costing today’s equivalent of $44 million, before falling into disrepair in the late ’90s and remaining in that state until Bennett and his business partner Adam Garrisson took over in late 2010.

“I’ve heard a lot about it from people; about their parents or grandparents bringing them to Burnham Beeches as children in the ‘60s, ‘70s or ‘80s,” he says, adding, “and I really want that tradition to continue.”

“It’s not a straight-forward project, this one. The building needs a lot of love and the restoration needs to be sensitive to the heritage and history of the place,” Bennett continues. Both he and Garrison have outlaid $55 to $65 million to get this complex off the ground.

Among the features of the hotel will be GPS tracking of incoming guests for an easier check in; open-air Japanese baths; an indoor bowling alley and a rooftop croquet lawn with an adjoining Pimm’s bar.

“Some of the things we’re doing here, like the bowling greens, are examples of me being a bit romantic and creative, I suppose,” Bennett says. “They are costing us huge amounts of money, and from a purely economic standpoint they just don’t stack up. But the most important thing for us is to achieve something on this site that no one else has been able to do. We’re giving the place another 100 years of life, otherwise it would be lost. And because of the sustainability planning we’re implementing, we want to see it here for future generations, too”.

Phase one of Burnham Beeches is heading toward a June 14 opening. For news and updates check Vue de monde's website. 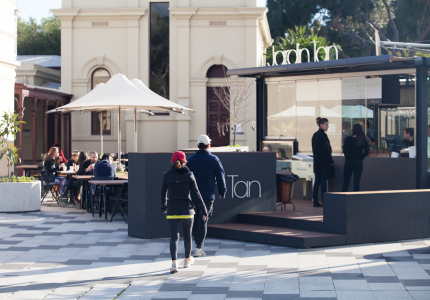