Shane Delia’s Maha Sets Up at the Hotel Windsor

It's just the beginning of the restaurant’s 10-year birthday celebrations. 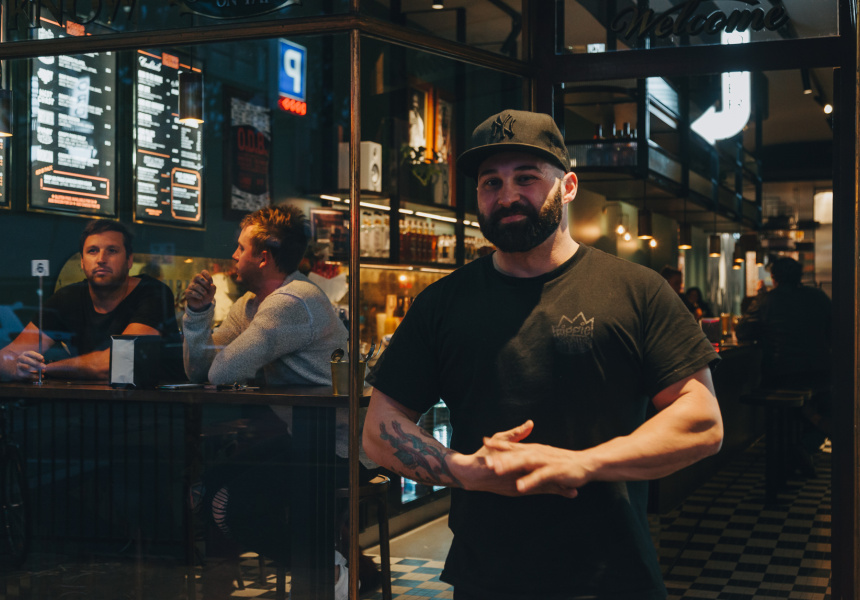 Shane Delia’s Middle Eastern fine diner Maha will turn 10 in February and to mark the occasion it’ll be getting a kitchen upgrade. During the construction period, the team has been invited to take residency in the Hotel Windsor’s main dining room, One Eleven Spring Street.

It’s something of a return to the Delia family’s hospitality roots. Back in 1970, Shane’s father Ted nabbed his first job in Australia as a waiter at the hotel.

“It was very irregular for a non-white Australian to be dining, staying or working there. For my dad to come in and get a job was a huge achievement – he felt like he was a part of the Melbourne community straight away,” Delia tells Broadsheet.

The job gave Ted the financial means to marry Shane’s mother, Doris. “While he was working there he saved all his chips, met my mum in that time and used all that money that he’d been working hard to earn, bought her a ring and proposed to her,” says Delia.

Delia says setting up at the Hotel Windsor has been a warm moment for the whole family, particularly his father who first came to Australia as a 17-year-old.

“To have the family and to have me – as a son – to go on and become a chef and eventually end up back at the place where it all started for him was a real coming of age. I think it was an emotional time for him.”

Maha at Windsor will offer two limited edition menus including a 10-course degustation; a retrospective of Maha’s journey over the past decade. The smaller 4-course “Soufra” is a collection of Delia’s most popular dishes from his Spice Journey television series.

“If you’ve been a regular at Maha over the last 10 years, there’s going to be dishes there you’ve had before, reimagined a little bit to bring it up to standard of the 2018 palate,” says Delia.

Hotel guests will have the opportunity to order a selection of Maha dishes for room service delivery, and in the Cricketer’s Bar. Special dinner-inclusive packages will also be made available to hotel guests during the six-week period.

Maha at Windsor will offer a concise 100-bottle wine list that will include both local and international wines as well as some of the restaurant’s favourite cocktails from the last 10 years.

The Hotel Windsor’s dining room interior will remain the same with a few Maha touches.

“There’s not too much we can do – it’s heritage listed – but we’ll be making subtle changes. It’ll be a little darker like Maha, a little more dramatic,” Delia explains. “We’re bringing it a little more in touch with today’s decor but really were letting the service and the food speak for itself.”

Delia will use the time to give Maha a full kitchen renovation – opening just in time for the restaurant’s 10th birthday on February 20.

“We’re fully overhauling the kitchen. We used to be a little 50-seat venue and now were a 110-seat venue. We need a bigger engine to produce the food we want to produce, we need a better working environment for our chefs,” says Delia.

“We will see a lift in cooking techniques too. We’ve got a “Mercedes-Benz” in the kitchen, we’re no longer driving a “Toyota.”

Bookings for Maha at The Windsor will be available for dinner only between Friday January 5, 2018 and Sunday February 18, 2018.